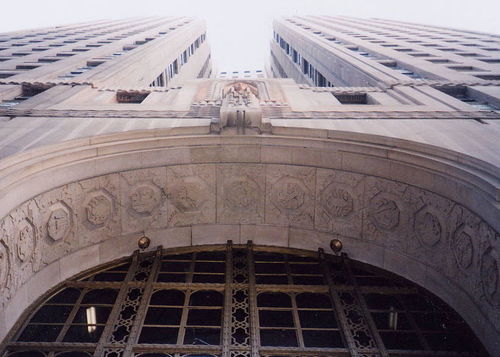 The Penobscot Building is a jewel in Detroit's skyline, but things reportedly aren't so pretty inside.

The 47-story Art Deco building was evacuated this month after a fire in an elevator shaft, and now tenants have called the local news to expose what they call "deplorable conditions." Channel 4's Hank Winchester reports that on some of the abandoned floors,  issues include exposed wire, mold and water dripping from the ceiling.

The owner is reportedly the same Canadian-based property management company that bought the Silverdome for less than $600,000 in 2009 then unsuccessfully tried to flip it for $30 million. It has owned the Penobscot since 2012.