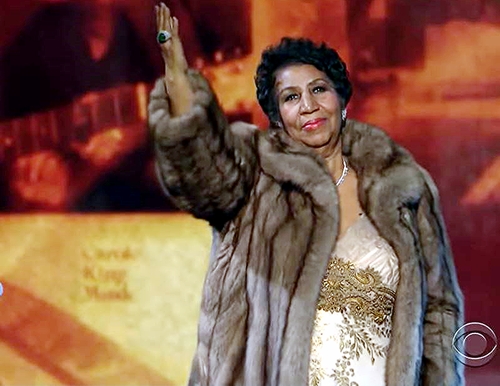 Sabrina Owens, Aretha Franklin's niece, is ending her role overseeing business and probate matters for the Queen of Soul's estate, the Detroit Free Press reports. She has filled that position since her aunt's August 2018 death.

"My primary goal was to honor my aunt by handling her business professionally, fairly and within the law," Owens writes in the resignation letter. "In spite of my best efforts, my role with the estate has become more contentious with the heirs.

"Given my aunt's deep love of family and desire for privacy, this is not what she would have wanted for us, nor is it what I want."

Her resignation comes amid increasingly heated family drama inside and outside the courtroom where Franklin's estate is being hashed out under Probate Judge Jennifer Callaghan, writes Brian McCollum.

She will continue as executor until a replacement is named. A hearing is scheduled arch 3.

"In May 2019, I discovered three handwritten Wills in Aretha’s home," Owens wrote in her official resignation. "That is when relationships began to deteriorate with the heirs.

"I reiterate, when I accepted the position, I expressed to my cousins that I would accept the role of Personal Representative under two important conditions, 1) that no fractured relationships develop within the family; and 2) that we did not end up in court disputes over disagreements with the Estate, both of which have occurred."