Video: Here's what bigotry looks and sounds like at a school forum in Saline

Saline residents who gathered at a school to discuss student racism heard an adult version Monday.

"Then why didn't you stay in Mexico," snapped Tom Burtell as restaurant owner Adrian Iraola described his son's tears over racist name-calling at school.

The nastiness drew gasps, stares and a woman's sharp suggestion: "You need to leave." Others agreed. 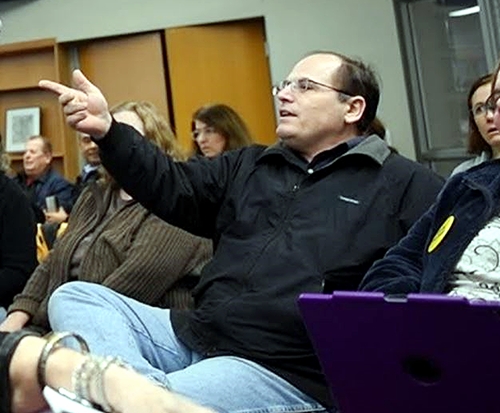 Tom Burtell: "Then why didn't you stay in Mexico?"

The comment and reactions are visible and audible in the MLive video below, which passes 774,000 viewings on YouTube. The news site's coverage says:

Iraola responded that he has stayed in the United States because it is the greatest country in the world." ... [African American] parent Brian Wright responded that Burtell’s comments were "indicative of what our kids are experiencing." ...

For a community looking to heal and build unity after an incident involving racist messages shared among students via Snapchat, the exchange caught many in attendance off-guard.

Another parent shared a story about her daughters, Fox 2 News reports:

"My girls rode the school bus and they were speaking German to each other quietly and children turned around and threw Nazi salutes," she said. 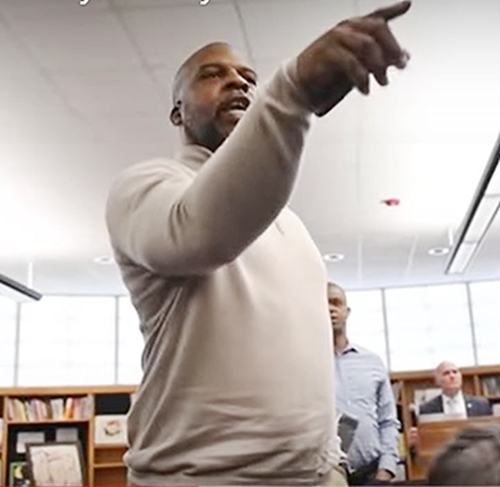 Brian Wright: "This is indicative of what our kids are experiencing."

During his remarks, Iraola -- who owns three Chela's Restaurant & Taqueria locations in Dexter and Ann Arbor -- recalled his son being heckled with nicknames such as "taco," "enchilada" and "nacho" at Saline Area Schools. "I remember when I went to his bedroom to say good night and he was crying because of the abuse that he was enduring in this school system," Mlive quotes the parent as saying.

"Those experiences leave a deep mark in their memories and they part of who you are," he said. ... "That taco, that enchilada, is working for the U.S. government now."

Media attention to the dust-up spread beyond Michigan, with The Washington Post among those posting coverage Tuesday.

Incidents that led to the community discussion with about 125 parents include use of the n-word and other slurs recently by white football players against black teammates they invited into a group Snapchat.

In a Jan. 27 letter to parents, district Supt. Scot Graden decried it as "“an act of racism that created harm to all of our students, especially students of color. ... We strongly denounce the actions and words of these students."

Here's a minute and a half video of the tense exchange: