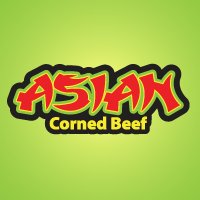 We miss taping new installments of Detroit Digest with hosts Carlos Parisi and Kyle Sammy. We hope to resume the show soon. In the meantime, we bring back past episodes.

Like the classic coney dog, the Asian corned beef egg roll is a Detroit original.

It's the intersection of two worlds -- a Chinese-Jewish delight concocted in 1978 at a shop at 13660 Wyoming St. on Detroit's west side by Vietnamese native Kim White. She had previously worked at a Jewish deli, according to Metro Times.

Now, there are multiple shops around town, and food is very affordable. A corned beef egg roll with swiss cheese goes for $3.55.