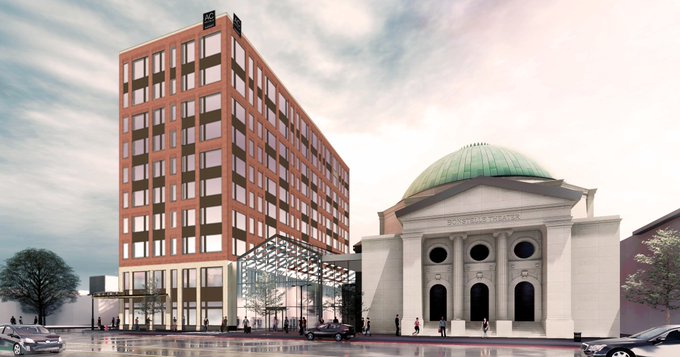 A $46 million, 153-room AC Hotel by Marriott -- a chain started in Europe --  will be built in place of the scrapped West Elm hotel at the Bonstelle Theatre development project in Detroit's Brush Park, Crain's Detroit Business reports.

Construction is slated to begin this summer and finish in 2021.

AC Hotels was founded in 1998 in Spain. In 2011, it began operating as AC Hotels by Marriott, a subsidiary of Marriott International, Inc. which is based in Bethesda, Md.

It would be the first AC Hotel-branded hotel in Southeast Michigan. There is one in Grand Rapids.

The Detroit project includes a full renovation of the theater to its original 1903 Albert Kahn-designed exterior.