It's not the best way to start a new job -- with commentators inside and outside of sports calling your hiring the best possible example of a screwed-up system and chaotically governed school. 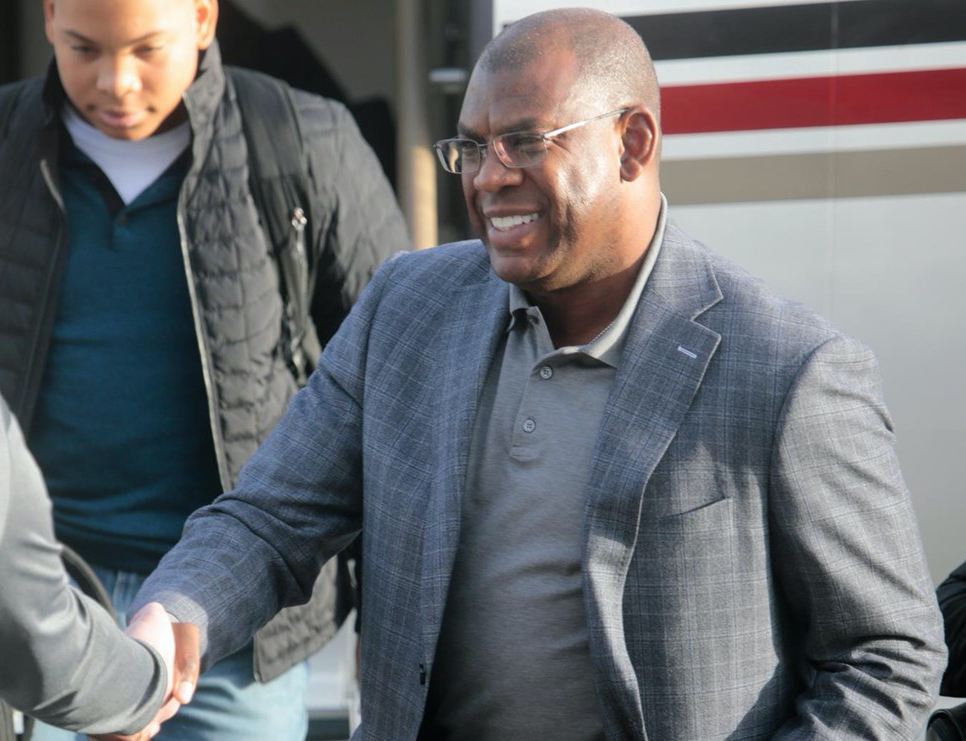 Tucker's hiring comes as the smell of Mark Dantonio's spend-more-time-with-my-family resignation still hangs in the room; Dantonio left only days after he'd qualified for a $4.3 million retention bonus. The presumed favorite to replace him, Luke Fickell of the University of Cincinnati, turned down the job, and was later called a "waffling flake" by MSU Trustee Brian Mosallam, himself a former Spartan.

But Tucker, who has only a single season as head coach at the University of Colorado under his belt, where he coached the team to a 5-7 record, might have been the best the Spartans could do, with the school still reeling from the Larry Nassar scandal and its own disappointments on the gridiron.

Sports Illustrated called the Tucker hiring the epitome of a "broken system" and his $5.5 million salary "a king's ransom" for what MSU got.

SI's Pat Forde blisters the paint off the walls:

Congress brings NCAA president Mark Emmert to Capitol Hill and tells him and the rest of the association to get its act together. A Senate subcommittee wants a tangible plan for compensating athletes, and Emmert offers none. Later, a Michigan State football coaching search in total disarray finds the only way out—throwing a king’s ransom in salary at a coach with a career 5–7 record to lure him away after one season at Colorado, where he will leave a fresh signing class and everyone else in the lurch.

Is this a great system or what?

Leader of college sports: We are working (at gunpoint) on a means of squeezing out a few eyedrops of money to our most marketable and popular athletes, but it is very complicated, and if this gets out of hand it could ruin everything.

Prominent athletic department, later that same day: We are building a golden throne for a guy who hasn’t proven anything as a head coach—because we can, and because we’re desperate.

Closer to home, the Detroit News' Daniel Howes -- a business columnist, not a sports guy -- calls the whole hiring fiasco a crisis of governance, with a dysfunctional MSU board that has managed to bigfoot its way into matters it should keep its beak out of, like the hiring of a football coach:

Welcome to the asylum, Coach Mel Tucker, where the inmates otherwise known as the board of trustees repeatedly demonstrate zero understanding of the difference between management and governance — and where State’s new president, Samuel Stanley, is nowhere to be found beyond a belated news release.

This is not encouraging, especially if a new coach with just one year as a head man at the University of Colorado suspects he answers to, say, trustees Brian Mosallam and Joel Ferguson. Mosallam, the former Spartan O-lineman, spent more time this past week talking about the mess Mark Dantonio left when he abruptly quit amid alleged NCAA violations than either Stanley or Athletic Director Bill Beekman, reinforcing the perception that the only locus of power that matters at MSU is the trustees' board room.

...The upshot: State’s trustees haven’t learned much from the Larry Nassar sexual abuse scandal, its legal aftermath and its cultural indictment. Second, President Stanley appears, publicly anyway, content to acquiesce to a governance culture that is broken enough to prompt one trustee, Nancy Schlichting, to quit after less then a year.

Well, they're paying him plenty. Time to start earning.