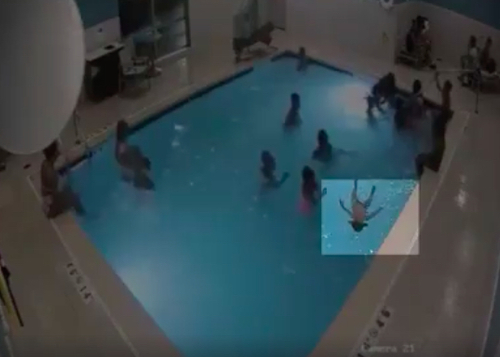 Hotel pools are small and rarely very deep. But they're often crowded, which means it's easy for children to stray from adult oversight and into grave danger.

The Livonia Police Department this week released a video of one such incident Jan. 24 at the Holiday Inn Express in Livonia. An overhead camera shows how a 2-year-old boy slipped below the surface of the pool while others played nearby, unaware.

The child's godmother eventually was alerted to the crisis by a 9-year-old girl, jumped in and pulled the boy out while others called 911. Two nurses started CPR and were able to rescusitate her. She was treated at a hospital and released.