The Trump-appointed U.S. attorney for the Eastern District of Michigan believes former Detroit mayor Kwame Kilpatrick is right where he needs to be. 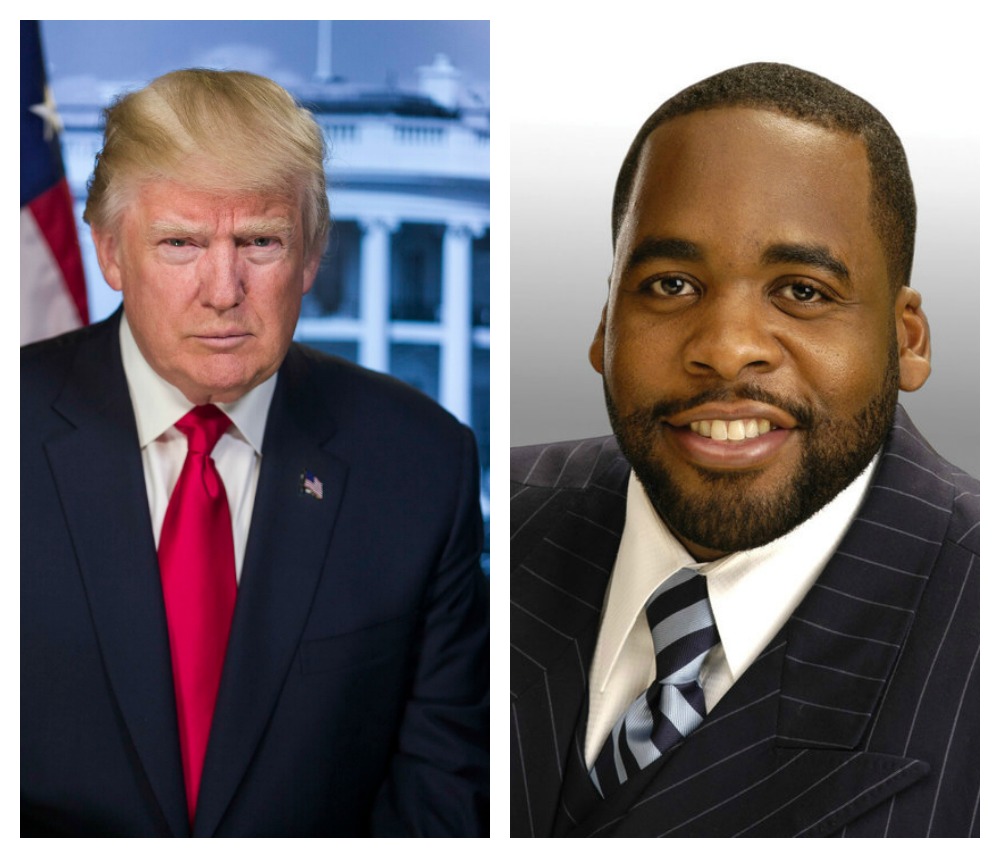 Kwame Kilpatrick had nothing but praise for President Trump.

President Trump went on a pardoning/clemency spree this week, offering presidential mercy to unrepentant criminals, some of whom had their cases pleaded in Trump's favorite venue -- Fox News. This has led some to believe that Kilpatrick, currently serving a 28-year sentence in federal prison for assorted corruption-related crimes, might be next.

Kilpatrick has a powerful ally in billionaire Compuware founder (and Deadline Detroit investor) Pete Karmanos, and has written a flattering letter to Trump, which Karmanos forwarded to the president. There's also the belief that pardoning or granting clemency to Kilpatrick might gain Trump votes in a critical swing state, and the president has demonstrated that justice means less to him than a perceived benefit to his own interests.

But other than Karmanos, few have joined Kilpatrick's cause. And with U.S. Attorney Matthew Schneider declaring this week that he'll tell Trump Kilpatrick doesn't deserve mercy, the flame may have dimmed.

Schneider gave an interview to Tresa Baldas of the Free Press this week:

"So far, Mr. Kilpatrick has shown absolutely no remorse for his crimes. He denies any responsibility for the 24 federal felony offenses of which he was convicted, and he has served only one quarter of his sentence," U.S. Attorney Matthew Schneider told the Free Press on Wednesday, one day after Trump granted clemency to 11 convicted criminals, including former Illinois Gov. Rod Blagojevich.

"My office is willing to provide any assistance to the Pardon Attorney to explain what really happened in Detroit under Mr. Kilpatrick’s watch, and why his conduct justified the sentence he received,” said Schneider, who called Kilpatrick's 28-year sentence "a fair and just punishment" for the "devastating impact" his crimes had on Detroit.

“As the elected mayor, he ran a criminal enterprise that corrupted wide swaths of city government in the early 2000s — at a time when city residents desperately needed honest and effective city services," Schneider said.

Schneider succeeded Barbara McQuade in the top federal prosecutor's office after Trump's election. McQuade, an Obama appointee, has gone on to teach at the University of Michigan law school, and deliver legal analysis on MSNBC.