Man, 45, freed in Detroit after 25 years in reversal of wrongful conviction

A man who served 25 years in prison for two murders he didn't commit was formally exonerated today in a Wayne County courtroom. His conviction reversal calls into question "dozens" of others that relied on the testimony of two jailhouse informants, Joe Twilley and Oliver Cowan, The Detroit News reports today. 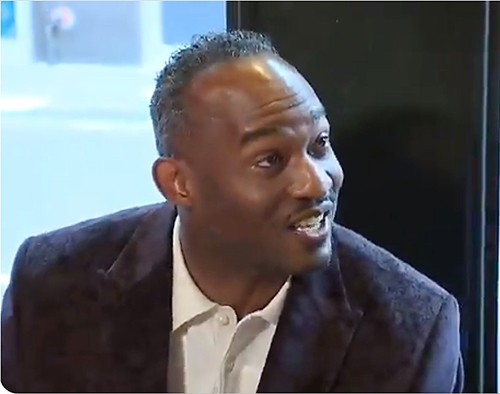 (Ramon) Ward, 45, was convicted of killing two women in 1995, based solely on the testimony of a pair of jailhouse snitches and a document a Detroit homicide cop claimed was Ward's confession, which he refused to sign because he insisted it wasn't true.

After years of unsuccessful state and federal appeals, Wayne County prosecutors Thursday dropped the charges against Ward, following a review by the office's Conviction Integrity Unit. It's the 15th exoneration the unit has secured since it started in January 2018

... There are multiple appeals from prisoners who claim they were wrongfully convicted based on the false testimony of Twilley, who absconded from probation in 2005 after being convicted of cocaine possession, according to the Michigan Department of Corrections, and Cowan, who died in 1995 weeks before Ward's trial.

At least three men who were locked up in the 9th-floor holding cells at former Detroit police headquarters at 1300 Beaubien during the 1990s signed affidavits claiming homicide cops asked them to falsely claim they'd heard murder confessions from fellow inmates.

Ward's case was championed by Bill Proctor, a former TV reporter and Detroit police officer who now runs Seeking Justice, an organization dedicated to investigating convictions believed to be wrongful. It was also part of a 2015 investigation in Truthout, an independent news source.

The action raises the question of how Ward will be compensated for 25 lost years of his life, but George Hunter's story doesn't mention a possible lawsuit.