Lapointe: Watching the 1980 Miracle on Ice at the Blue Goose Inn 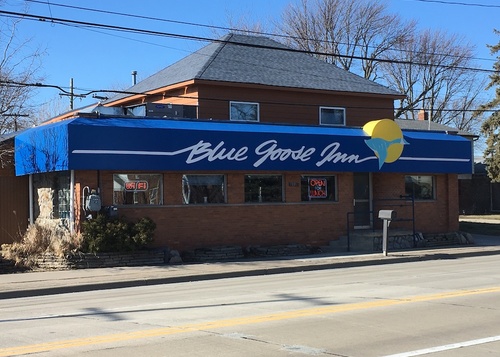 I stopped by the Blue Goose Inn in St. Clair Shores a couple times this week to look for the ghosts of the Miracle on Ice, which occurred 40 years ago this month.

This one hockey game between the United States and the Soviet Union – a quirky blend of international sports and global politics – created one of America’s most memorable moments of the 20th century.

Do you remember where you were when you watched it on live TV?

You probably don’t because you probably didn’t. You could watch it live only at places like the Blue Goose.

The old landmark bar is on Jefferson between 11 Mile and 12 Mile roads, at the very edge of the United States. Across the street is Lake St. Clair, with icy cold waters leading to Canada, where they’ve always held hockey in high esteem.

That was the good fortune for local fans four decades ago when the underdog United States Olympic hockey team took on the (mostly Russian) Soviet Union on a Friday afternoon – Feb. 22, 1980. The winner would play Finland two days later for the gold medal of the Winter Games.

One of the few places in Metro Detroit where you could see a live telecast of the 4-3 U.S. victory over the Soviet Union that Friday was the Blue Goose, along with homes in the East Side suburbs along the international border.

That was important because the ABC television network covered the game only on videotape and showed it, on a delayed basis, during prime time in the U.S. 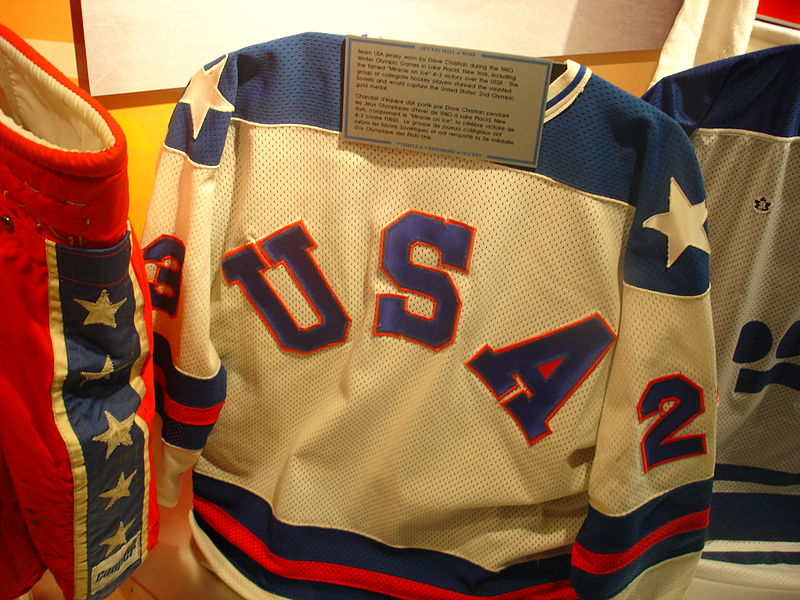 The jersey worn by Dave Christian of the Team USA "Miracle on Ice" squad during the 1980 Winter Olympics on display in the Hockey Hall of Fame. (Photo: mahfrot)

If you wanted to see USA vs. USSR when it actually took place, you had to drive to Lake Placid and buy a ticket or find a TV near the Canadian border, preferably with a UHF antenna.

And that was exactly what they had at the Blue Goose. It could pick up Channel 42, on the CTV network, from Sarnia. That was 60 miles away as the Canada goose flies from St. Clair Shores, with no buildings in the lake to block the signal.

At that time, television technology did not include high-definition pictures on wide screens piped with perfect clarity through cable or satellite dishes or streamed via the internet.

Instead, sound and images came through the air with help from VHF and UHF antennas attached to the back of the TV, or on the building's roof. Reception sometimes was fuzzy.

Cable television was in its infancy (ESPN was less than six months old) and the visibility of sports events was limited. Many teams and leagues enforced local blackouts even of sold-out contests.

ABC Sports – then the powerhouse in American TV sports – owned rights to the Olympics in the U.S. and manipulated its “same-day, tape-delay” coverage so that major events that took place before 8 p.m. were held back for prime-time presentation when the audience and sponsorship revenues were largest.

This worked fine for afternoon skiing but not when a sports event became a major, international news story, as was the case when the underdog U.S. athletes played the world-class Soviet veterans on that Friday afternoon at 5 p.m.

The Americans – college kids and minor pros – were on a torrid, two-week tournament run behind coach Herb Brooks, who added to his team’s mystique (and the frustration of the press) by keeping his players sequestered from news media.

When the tournament began, the Soviets were everyone’s pick for the gold. But the young Americans kept winning and moving through the brackets. They were playing in their home country.

By the final Friday, the national mood had gone giddy. Americans who rarely followed sports and never followed hockey were rooting for the “U-S-A! U-S-A!” And on the rink in Lake Placid, the boys in red, white and blue had the home-ice advantage.

Rather than serve the public interest by changing its plans and showing the game live at 5 p.m. – ABC had that right – the network tried to force the Olympics organizers to move the starting time back to 8 p.m. Olympic officials refused.

So ABC played dog-in-the-manger and hoped most Americans would not know the result when the taped telecast finally aired at night. In some ways, ABC got away with it. Decades before the web and smartphones, news traveled slower.

If you really tried in 1980, you could avoid hearing the result through the dinner hour, turn on the TV at 8 p.m. and pretend you were watching it live in prime time. Lots of people tried this.

But in some cities – including Detroit – local stations accidentally ruined the ersatz suspense during station breaks by offering “teases” with announcers saying something like “USA beats Russia in hockey! Miracle on Ice! Film at 11!” In Detroit, it happened on Channel 7 (WXYZ-TV) and the guilty news anchor was Bill Bonds.

The Miracle on Ice was completed two days later with a 4-2 victory over Finland. ABC showed it live, beginning in the morning. And the Miracle wasn’t the only major news story that year.

Like all years, 1980 had its share of momentous events. After the hockey gold medal came the U.S. boycott of the Moscow summer Olympics, the election of Ronald Reagan to the White House and the assassination of John Lennon.

But the “Miracle” game was, arguably, the happiest moment of that year and that era. It brought a joyous rush of patriotism and pride which seems almost unimaginable in our current, angry, deeply-divided atmosphere.

The Miracle enhanced hockey’s profile in the U.S., although it was already big then in St. Clair Shores, which used to display road signs that said “Hockeytown, USA” and once boasted an indoor rink on Harper called “Gordie Howe Hockeyland.”

So I visited the Blue Goose this week hoping to see maybe a photo on the wall from the Miracle or perhaps find a veteran employee who remembers that event on Canadian UHF-TV when “U-S-A! U-S-A!” from a big crowd didn’t sound like jingoism. Or maybe I’d find an old customer who actually sat on that very same stool that long-ago day and loves to retell it.

Alas, the bar is primarily a music club now. Most of the people I encountered in the Goose were too young to be drinking in bars in the winter of 1980. Some, perhaps, were born that year, or later. My inquiries about the Miracle were met by pleasant shrugs. I was on a wild goose chase.

And that’s OK. My memories are secure. On that day, I lived a few miles down the road from the Blue Goose and could have gone there, but I watched that Miracle live on Canada’s Channel  42 with a friend in my upstairs flat, on a color TV with a UHF loop antenna on the back.

Looking back on that day and that era, I remember working on a few projects about Detroit sports history with the local journalist Ted Talbert, a good friend now deceased.

Ted smiled and shook his head.

“Joe, you can never write too much about the past,” Ted said. “Lotta people live there.”