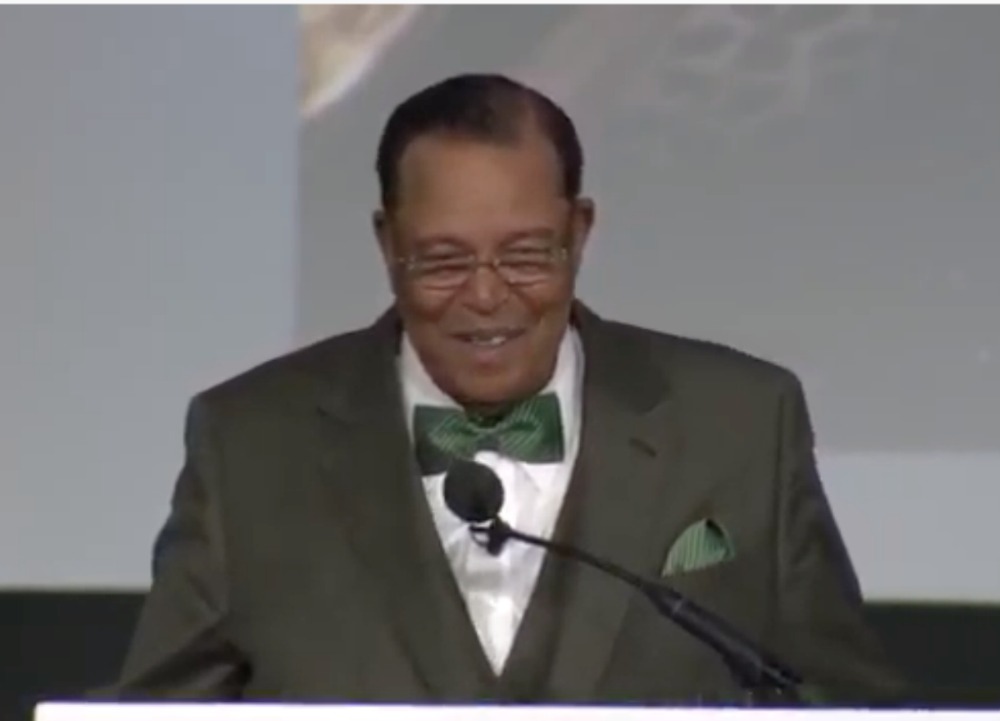 Minister Louis Farrakhan, the controversial leader of the Nation of Islam, told a crowd of about 14,000 in downtown Detroit on Sunday afternoon that billionaires are trying to buy black preachers and politicians.

"You are so upset with Trump ... you're so desperate to have that man out of the White House, you don't care who wins as long as Trump loses," Farrakhan, 86, said at TCF Center at the Nation of Islam's final day of its annual convention, Niraj Warikoo of the Detroit Free Press reports.

"So they put put in another billionaire ... who don't give a skip about black people. And he's paying off black preachers. ... When they can corrupt you, give you a bribe, give you something to satisfy your corrupt desires, you sell out your people and when you sell out your people for the bribe money, now they've got you and when they've got you, they start asking you to do things that you may not want to do."

Farrakhan, who is often accused by Jewish groups of being an anti-Semite, countered that by claiming  "this is not the work of hate. This is a demonstration of the awesome power of love."

He was also critical of both Republicans and Democrats, saying that America's leaders have failed black people.

He urged African-Americans to separate and form their own nation, and at one point suggested Detroit might be a place to migrate and form a self-ruled area, the Freep says.