Yesterday the U.S. House of Representatives voted 410-4 to make lynching a federal hate crime. The bill was named after Emmett Till, who at the age of 14 was tortured and lynched in Mississippi after a white woman claimed he grabbed and whistled at her in a grocery store. 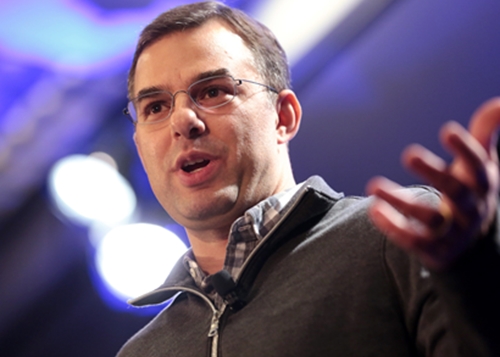 You might be wondering about those four nay votes. They were:

You already know why, if you're familiar with libertarian philosophy, which is to say, if you've ever been cornered by That Guy at the party, who wants to explain Ayn Rand to you and reassure you that he totally supports legal pot. And legal heroin, for that matter, because drug laws are bullshit.

Amash said on Twitter that the bill covers acts that are already criminal, and which the Constitution leaves to states to handle.

"Creating federal crimes for matters that are normally handled by the state obscures which government — federal or state — is responsible for investigating and prosecuting the crime, and it gives power to unelected federal officials whom voters can’t directly hold accountable," he said.

You could say that about the whole FBI, but OK, whatever. Anyway, in the past federal statutes have been useful when local goobers decline to prosecute or, as happened in the 1955 Emmett Till case, acquit the perps -- who later admitted they did the crime, but went unpunished due to double jeopardy. Good luck in November, Mr. Amash.