Erik Prince, the Michigan-raised and educated brother of Education Secretary Betsy DeVos and entrepreneur in the field of mercenary warfare, now appears to be involved in domestic espionage. 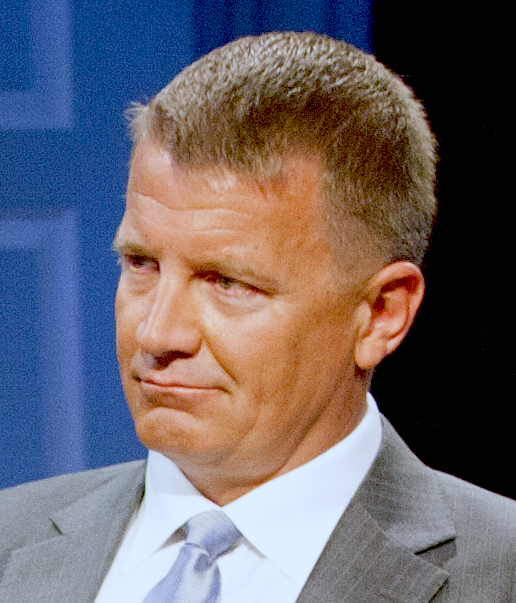 The New York Times, in a story posted today, names Prince as the recruiter of high-level spies trained to infiltrate American organizations on behalf of Project Veritas, a conservative group that uses hidden cameras and microphones in sting operations against people it considers enemies, including news media.

One was in Michigan:

One of the former spies, an ex-MI6 officer named Richard Seddon, helped run a 2017 operation to copy files and record conversations in a Michigan office of the American Federation of Teachers, one of the largest teachers’ unions in the nation. Mr. Seddon directed an undercover operative to secretly tape the union’s local leaders and try to gather information that could be made public to damage the organization, documents show.

Seddon's role became public via emails produced during discovery for a lawsuit by the union.

AFT Michigan sued Project Veritas in federal court, alleging trespassing, eavesdropping and other offenses. The teachers’ union is asking for more than $3 million in damages, accusing the group of being a “vigilante organization which claims to be dedicated to exposing corruption. It is, instead, an entity dedicated to a specific political agenda."

Prince is the founder and former CEO of Blackwater Worldwide, a military and mercenary contractor, and ...

... has at times served as an informal adviser to Trump administration officials. He worked with the former national security adviser Michael T. Flynn during the presidential transition. In 2017, he met with White House and Pentagon officials to pitch a plan to privatize the Afghan war using contractors in lieu of American troops. Jim Mattis, then the defense secretary, rejected the idea.

Mr. Prince appears to have become interested in using former spies to train Project Veritas operatives in espionage tactics sometime during the 2016 presidential campaign. Reaching out to several intelligence veterans — and occasionally using Mr. Seddon to make the pitch — Mr. Prince said he wanted the Project Veritas employees to learn skills like how to recruit sources and how to conduct clandestine recordings, among other surveillance techniques.

Prince did not comment, and James O'Keefe, who runs Project Veritas, declined to answer questions as well. The operative in the teachers' union, Marisa Jorge, is described as a graduate of Liberty University in Virginia.