LeDuff: Are Wayne County Jails a Hot Zone For the Coronavirus? 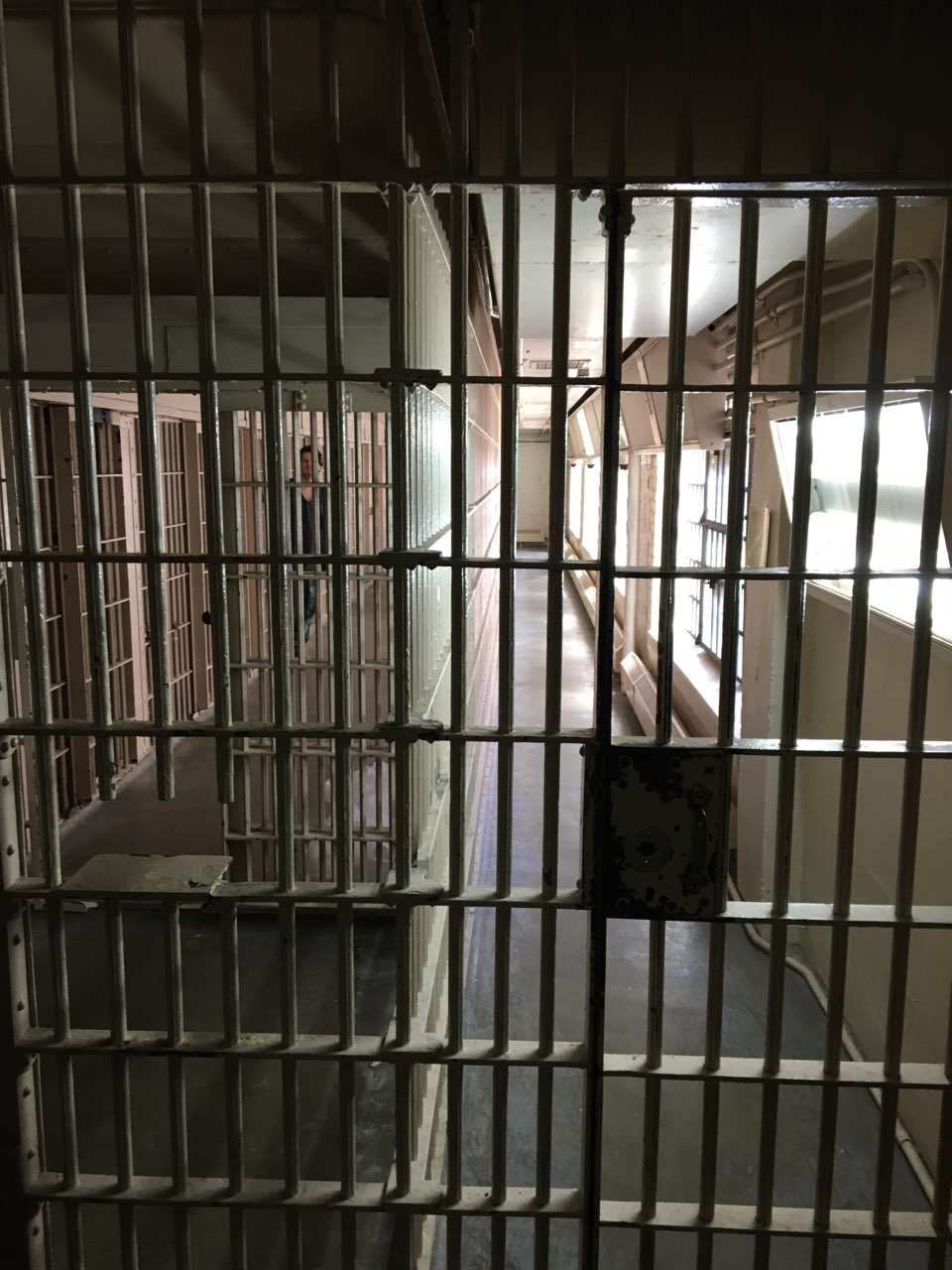 Gov. Gretchen Whitmer on Tuesday confirmed two cases of the coronavirus in Michigan, declaring a state of emergency. Schools and businesses have shut. But the problem is, you can't cancel jail.

One of the most obvious incubators in Michigan for the spread of COVID-19 is the Wayne County Jail in downtown Detroit. More than 18,000 people a year are processed here, housed and released back into society.

Conditions are so deplorable, the jails have been under court supervision for nearly 40 years, but the county and state cannot seem to fix the health risks there.

The governor and her criminal justice experts recently released a blue-ribbon report about the state of county jails in Michigan. But none of her commissioners bothered to set foot in the Detroit jails, and thus have no clue as to just how awful the facilities are.

I was given a tour Monday afternoon, and I would implore the governor to take immediate action.

The intake room, where inmates are processed and held before being assigned cells, is a house of horrors.

The holding tanks are stuffed with grubby men, who reek of sweat and soiled clothes. Since the county cannot afford professional, full-time cleaning crews, the floors are filthy with crumbs, insects and stained with spilled fruit punch, giving the place the look of a homicide scene.

The stainless steel showers have not worked in at least five years, according to a commander who led me on the tour. So much for washing ones hands for 20 seconds at a time.

These dirty men then remove their clothes and hand them to a deputy through a wire cage. The deputy puts them in mesh garment bags and hangs them in the property room -- also an incubator for pestilence and vermin. Most jails – and I have been to many around the country – put inmate clothing in plastic bags and vacuum seal them. This too needs to be fixed. (Also: there are no security cameras, which endangers the deputies and the inmates.)

Once processed, the unwashed inmates are transferred upstairs to dormitories that have been given the Orwellian name of “Quarantine.”

But these rooms are more a Petri dish of disease incubation than decontamination. A dozen men bunk side-by-side. The air is fetid and humid. The showers do not function properly. The inmates complain the water is cold, or trickles, or there is a lack of soap. Many don't bother showering since it is in full view of others. 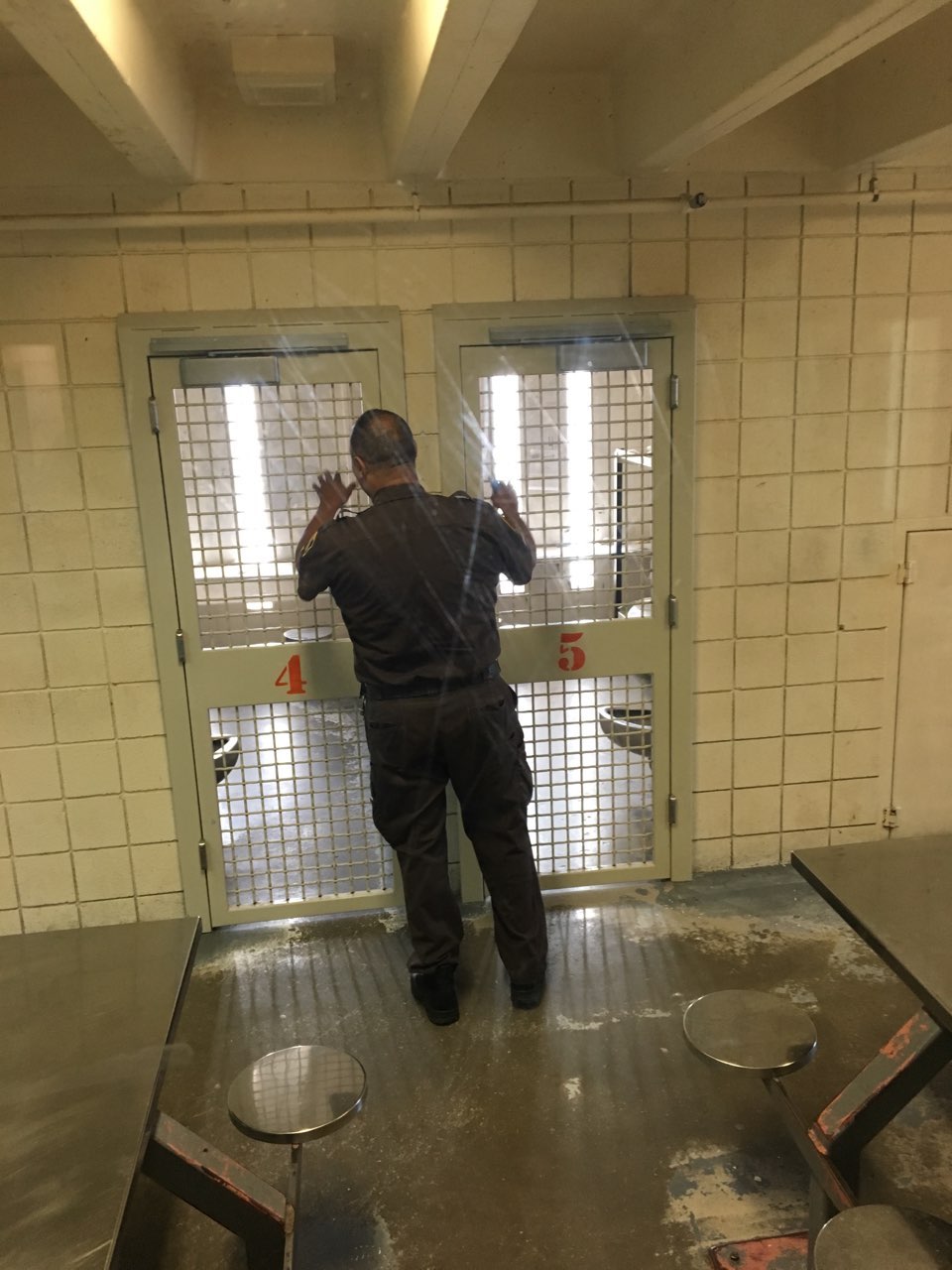 An inmate slid a dead cockroach under the cell door for my inspection. I removed my boot for comparison. The roach was indeed as big as my big toe. The men also complain of rodents, but I saw none on my two-hour visit.

Toilets leak, and pools of standing water were seen in many cells. Not only is this a health hazard, it is against the law and the court order.

Paint in the two jail houses is peeling. Pipes are wrapped in asbestos. And elevators break often. On this very day, a deputy was trapped in Elevator No. 2 with three inmates.

There are no food slots in the doors of the psychiatric ward, exposing deputies to violence as they have to open them to feed people.

The nursing station, to the untrained eye, is filthy and understaffed.

If you have no love for a person in jail – innocent or not – then consider the public employees who work here, Gov. Whitmer.

Wayne County sheriffs deputies are among the lowest-paid in Michigan, and yet work in the largest and most dangerous jail in the state. They clean the place as best they can themselves, paint the walls themselves, buff the infirmary floors themselves and pay for all this from their pockets.

And then they go home after mandated 16-hour shifts and handle their children after handling unwashed inmates all day.

“We ask them to keep themselves clean and their area as best they can,” said Robert Dunlap, chief of jails and courts. “There have been no confirmed cases in Michigan so far and so no one knows what to do. We will monitor and treat, as best we can.”

That was Monday, and then the governor declared the emergency Tuesday.

As of Wednesday, no instructions had been sent by the governor or her staff as to precautions that need to be taken at the jails. It is a cross-your-fingers attitude.

If there is no love for the incarcerated, then the politicians and bureaucrats should consider the deputies and nurses. And if there is no love to be had for the adults who work the county jails, they should remember that their children go to school with our children.