Going to school online during the shutdown? It won't count, state says 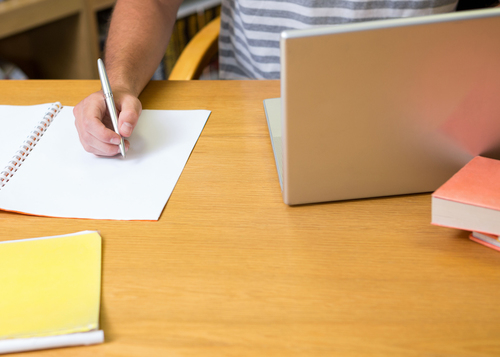 This story is from nonprofit education news website Chalkbeat Detroit.

By Lori Higgins and Koby Levin

Schools offering online instruction during the state shutdown of schools won’t be able to count any of that time toward the requirements that schools provide 180 days of instruction.

That ruling from the Michigan Department of Education was met with criticism from school leaders in districts that have switched to online instruction during the shutdown. And it elicited a stern response hours later from Gov. Gretchen Whitmer.

“I was dismayed to see that, quite frankly,” Whitmer said during a late afternoon press conference, hours after the guidance was sent in an email to school leaders Friday morning. “We are going to make sure that students are getting the equivalent of instruction … so they can finish this year having gotten the education they are supposed to get.”

It was unclear how much weight the governor’s response would have on the decision. Whitmer doesn’t have direct control over the state education department, which is overseen by an eight-member elected board. A representative from the governor’s office attends state board meetings and often provides input, but can’t vote.

It was just a week ago that Whitmer ordered all schools closed to try and curb the spread of the new coronavirus.

“There is no mechanism to earn instructional time during a period of mandated school closure,” said the memo, written by deputy superintendents Venessa Keesler and Kyle Guerrant.

The schools are encouraged “to offer supplemental learning opportunities to students using distance learning methods as they see fit.”

Some districts had already begun offering online lessons in real time on the assumption that it would count toward state mandated instructional time. State law requires 180 days and 1,098 hours of instruction.

“We’re disappointed, and quite frankly pretty disillusioned” by the new state guidance, said Deanna Barash, assistant superintendent of teaching and learning for the West Bloomfield School District, which was among the first in Michigan to attempt the transition to live online instruction. “These are school days. We’re taking attendance every day. We’re holding class. Students are learning.”

Officials with the MDE said in a press release late Friday afternoon that they made the decision because of existing state law and to ensure equitable education access for all students.

“State law limits us in this situation – not for an individual child in an individual cyber school or an individual virtual course offering, but for children across the state, many of whom have no computers at home, no connectivity, and no adults to monitor their learning and/or technology,” State Superintendent Michael Rice said in a statement.

Rice said the Legislature should change state law “to permit days out of school for this public health emergency to be counted as instructional days.”

Casandra Ulbrich, president of the state board of education, said the state needs to address the inequity issues.

“Hopefully when all this passes, we can go back and revisit the conversation about why we need equitable funding in our school system, so everybody has the opportunity to do this great stuff.”

Rice said there are more issues that need to be addressed.

“With this public health emergency growing, the legislature will need to relax Michigan Merit Curriculum high school graduation requirements, teacher and administrator evaluation requirements, and other legal requirements,” Dr. Rice said. “It will also need to ensure that all public school employees, salaried and hourly; all contracted service providers, instructional and non-instructional; and all substitute staff members be paid during this period of emergency. This is an unprecedented time.”

State Sen. Mallory McMorrow, a Democrat from Royal Oak, posted a YouTube video saying she had received thousands of emails and phone calls from people frustrated about the state education department decision.

She said state lawmakers should have taken up legislation earlier this week that would have forgiven the instructional days and ensured all school employees were paid during the shutdown. It didn’t happen, but McMorrow said she would continue to push for it.

“Please know that I’m going to do everything in my power to ensure that you are held harmless and that you are not punished,” she said.

For teachers who’ve been hard at work creating digital lessons, the department’s memo could prompt a change in plans.

“We could end up going to school till July,” said Jonathan Byrne, an English teacher at Grosse Pointe North High School. His school district in a wealthy Detroit suburb has been creating lessons and holding class via video chat this week, hoping that the instruction time would count toward state requirements.

Byrne hopes that the state legislature and the governor will work to overturn the decision.

“It’s really complicated because I care about my students a lot, I miss them and I want them to be learning. But we can’t be expected to be working for several extra months per year, at least not without compensation.”

Paula Herbart, president of the Michigan Education Association, said the Legislature has the power to address the issue, as well as the related issues of pay for all school employees and forgiving the time schools have lost during the shutdown.

“Many things have changed in the past week and by this time next week, doubtless there will be new developments,” Herbart said. “More conversations need to be had — with the input of the frontline educators we represent — about how best to help all students, including those with special needs and those without access to online learning.”

Herbart said that her best advice “is to keep students engaged academically as best we can at home, to be as patient as possible while new information comes to light, and to heed public health experts on what’s needed to slow this outbreak.”

For students who spent the week doing school work from home, the state’s announcement came as a shock. Leila Nasher, a senior at Universal Academy, a charter school in Detroit, says she has been working four hours a day on assignments she believed would count towards her graduation requirement.

“I was really, really frustrated” when the state announced that online work wouldn’t be counted, Nasher said, adding that she hopes the state honors work completed online and doesn’t extend the school year.