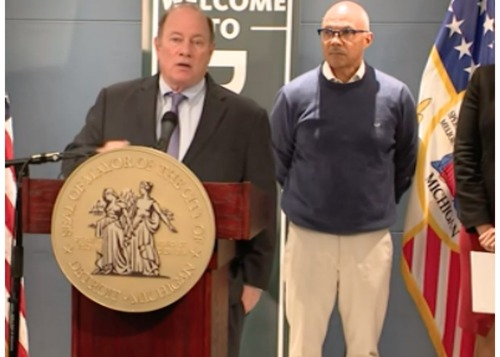 The city of Detroit has spent $11 million this month responding to the coronavirus outbreak and is losing about $600,000 in daily casino revenue, Mayor Mike Duggan said in a Monday news conference.

The numbers represent only a fraction of the financial hit taken by the city, which emerged from bankruptcy in 2014 and regained oversight of its finances only two years ago. The overwhelming majority of businesses in Detroit are closed, along with the rest of the state.

Duggan called the loss of casino revenues — which contribute approximately $200 million to the city's $1 billion general fund each year — the "biggest" budgetary problem presented by the outbreak.

“It’s something we’re going have to deal with, but right now we’re not under any pressure that any other city or state or any business isn’t under," said Duggan. "But we gotta beat this virus, and then when we beat the virus we’ll deal with our financial problems”

Detroit is the epicenter of Michigan's coronavirus outbreak, with 414 confirmed cases. There were a little more than 1,200 cases confirmed statewide as of Monday morning.

The city has put millions toward things like testing services and stepped-up cleaning on buses and at fire houses and police stations, Duggan said. He said he hopes FEMA will eventually replenish much of those funds.

Detroit's three casinos were ordered closed along with bars and restaurants a week ago. On Monday, Whitmer issued a shelter-in-place order limiting travel outside of the home for at least three weeks.

The city's proposed 2020 budget is one of its tightest in recent years, as it saves for looming pension payments that begin in 2024.