Graham Davis worked for, lived in and loved the city of Detroit. Last fall, he married his sweetheart, Rachel Frierson, in the Guardian Building, the ceremony performed by his boss, Mayor Mike Duggan. They set off on a three-week honeymoon to the Far East, and their photos -- smiling and embracing in Malaysia, Thailand, China, Vietnam -- studded his social media throughout November 2019. 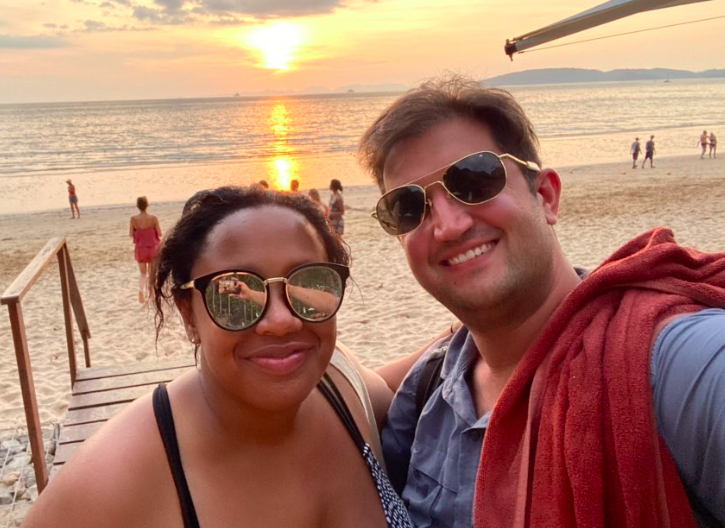 Graham Davis and his wife, Rachel Frierson, in Thailand on their honeymoon last fall.
(Photo: Twitter)

The couple arrived back in Michigan Thanksgiving weekend. Two weeks later Davis was hospitalized, after what he thought was a stubborn stomach bug, picked up on the other side of the world, was diagnosed as stage IV colon cancer. They spent New Year's Eve in the ICU. He died March 26 from complications of the disease. In Detroit. He was 33.

Davis was "one of the smartest, kindest, funniest, most passionate people I ever met," said Alexis Wiley, his colleague in the mayor's office. "He was one of those people who always kept you upbeat. He always showed up for the people he loved. One of the things he loved the most was the city of Detroit."

Davis showed up for Detroit, as communications director for the city.

"He knew everything about the city," said Wiley. "He was always boosting and talking about the city. He was so happy to join the mayor’s office. He really brought an energy and savvy we hadn’t had before."

Frierson, his widow, said he loved politics, and Democratic politics, almost as much. He started his career working for Gov. Jennifer Granholm as her digital media director. As a young man, he was smart about getting politicians much older than himself to see the value of social media; although Frierson isn't 100 percent sure, she believes her husband was the one who showed the late Rep. John Dingell how to use Twitter, birthing a master of the platform. 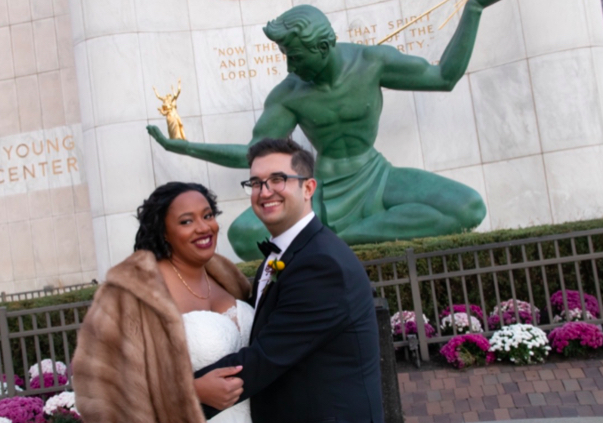 Frierson and Davis on their wedding day. (Courtesy photo)

Davis grew up in Milford, but turned his eyes east to Detroit at an early age. His parents were natives, and he visited his grandmother, Lu Davis, who lived in the city, every week. She died in 2009, at 91, about the time Davis' East Lansing college friendship with Frierson blossomed into something deeper. When Frierson completed grad school in Chicago, there was never any question where the couple would live.

When the couple adopted a pet, Davis insisted on naming it. And that's how an English bulldog, often seen walking with her humans on the Detroit riverfront, came to be called Dingell.

"We met in an African history class," said Frierson. "I was chronically late for class, and would sit next to him and ask about what I missed."

The rest, she said, "is history." But not enough of it.

Frierson is honoring her husband with a scholarship fund to "support a Detroit student interested in politics." A celebration of life is planned for later this year.