It's not just Detroit.

Michigan's largest city, 80 percent black, has emerged as a national hot spot for COVID-19 and coronavirus, but the virus is also disproportionately hitting communities of color outside Detroit, a Bridge magazine analysis shows.

“There is no question that the COVID-19 outbreak is having a more significant effect on marginalized and poorer communities, particularly communities of color,” chief medical executive Dr. Joneigh Khaldun told Bridge.

But it’s not just lower-income communities that suffer: Higher-income neighborhoods of northwest Detroit are hit hard, as are upper-middle-class suburbs in Oakland County, according to Bridge’s analysis.

The analysis compared available data on coronavirus cases reported by ZIP code in Oakland County and by community in Wayne County with census data. Macomb County initially released demographic data on coronavirus patients, but has since stopped and now publishes only a map of hotspots.

Among Michigan's 10,791 coronavirus patients since the pandemic struck here, at least 35% (3,777) are African American. Among the 417 who've died, at least 40% (167) are black, state data posted Thursday shows. Both figures likely are higher, as not all cases are categorized by race.

In addition, comparing case numbers to available demographic data shows the virus is showing up in communities with higher proportions of African Americans, including suburbs.

There is no obvious answer why this is happening. Lower-income people generally have poorer health outcomes, but cases in middle-class suburbs are more puzzling. Various experts called for more attention to be paid to those communities, urban and suburban, where the virus is hitting harder.

Meanwhile, with these African-American groups, individual hot spots are emerging. Brian McCollum of the Free Press looks at Detroit's ballroom dancing community, where coronavirus has been "a direct hit on us," in one one dancer's words: 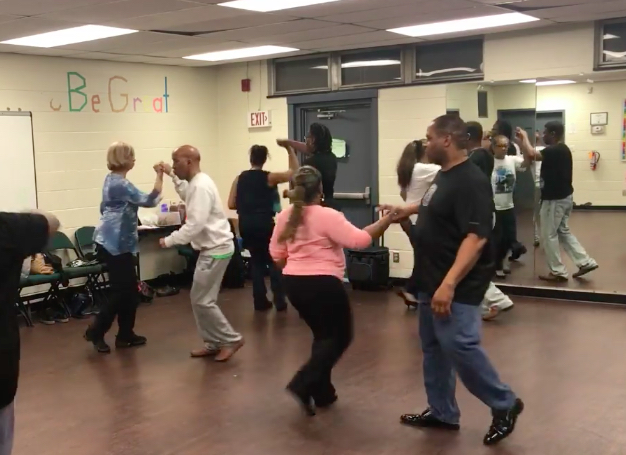 "Last class before COVID," one video explains. "Let's dance up a storm when this is over." (Facebook video)

For decades, urban ballroom dancers have assembled in clubs and venues across the metro area to take part in one of Detroit’s richest and most distinctive social traditions. And during the second week of March, just before Michigan’s ban of mass gatherings, there they still were, dancing as they’ve always done — mingling closely, hand in hand, cheek to cheek.

By month’s end, the coronavirus had swept ferociously through Detroit’s ballroom dance family, igniting ongoing waves of grief and pangs of anxiety among a tight-knit group mostly made up of older African Americans, for whom dancing was supposed to be a respite from life’s rigors.

... People entrenched in Detroit’s urban ballroom scene offer varying estimates of the toll on their community to this point. Some say they know of five, six, 10, a dozen dancers who have died during the past two weeks. Others put the count at more than 30.

Detroit's ballroom-dancing culture combines "the grace of classic ballroom dance with contemporary urban moves, typically to a playlist of midtempo R&B." Participants are drawn to "near daily events" around the region, or were, before the pandemic.