Pandemic news on this Good Friday is bad.

State health officials post 205 deaths since Thursday, a single-day record during the month-old crisis. It propels the three-week toll to 1,279.

On Thursday, 117 new deaths were added -- so Friday's jump is significant. "We're not out of the woods yet," Gov. Gretchen Whitmer tweets. She directs that U.S. and Michigan flags fly at half-staff on state buildings indefinitely "to honor and mourn those who have lost their lives due to the coronavirus."

Since the first pair of cases March 10, 22,783 people have been diagnosed with Covid-19 in Michigan, including an unknown number who've recovered.

At the same time, a possible turn toward brighter days seems evident as hospitals report that Covid admissions are stabilizing. 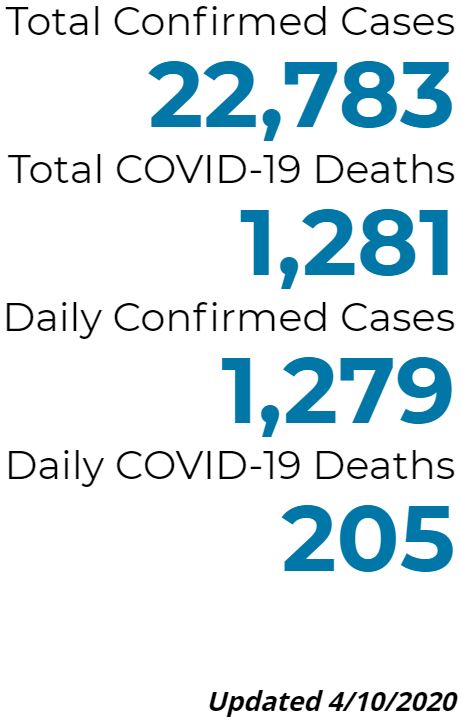 And not everyone counted as diagnosed is in intensive care or even still hospitalized. Here's more context Friday from an AP reporter in Lansing:

Not all of Mich.'s 205 new deaths occurred between 10 a.m. Thursday & 10 a.m. Friday. Some may have occurred weeks earlier but are being officially counted now after death certificates matched to registry of confirmed cases, state health department says. 30 deaths happened before

Detroit's cumulative caseload is 6,218 and its death toll reaches 327. Oakland and suburban Wayne fatalities are close behind at 282 each.

The three metro counties, including Macomb, account for 1,088 deaths -- 85% of Michigan's total from the disease.

Friday’s overall tally includes 18,023 patients from Detroit and its surrounding three counties (79% of the total).

Here are confirmed coronavirus infections and deaths since mid-March in areas around Detroit:

The increases will remain in place until Whitmer's shelter-in-place order is "significantly" eased. Duggan said they could not legally be applied retroactively. 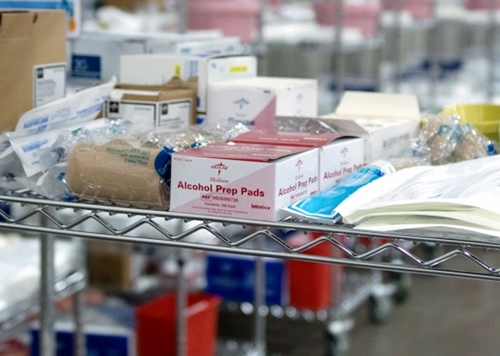 Four Detroit hospitals will manage what's now called the TCF Regional Health Care Center, due to receive 25 patients Friday and another two dozen of so by Saturday.

Each care center will have 1,000 beds, but no intensive care unit or ventilators. They're is for transfers from acute-care hospitals, not walk-in patients or those arriving by self-booked ambulances.

Staffing is provided at first through the Federal Emergency Management Agency and Department of Defense, and later will be supplemented by medical students, professionals answering a state appeal and recruits enlisted by staffing agencies.

More than 16,400 medical workers -- retirees and others -- have responded to a March 28 request by Gov. Gretchen Whitmer. She eased licensing and certification requirements to attract skilled volunteers such as out-of-state medical practitioners and medical students near graduation.

UM pulls back on field hospital

Ann Arbor also was due to have backup beds available today in case UM Medical Center got too jammed, but plans are on hold now for a field hospital at an indoor track in the South Athletics Facility on State Street. That's because the rising number of coronavirus cases in the Washtenaw County area has slowed.

"It appears from current Covid-19 cases and modeling that the curve is significantly flattening, says Mary Masson of Michigan Medicine, according to The Detroit News. "We are in communication with state officials to coordinate and determine future need." 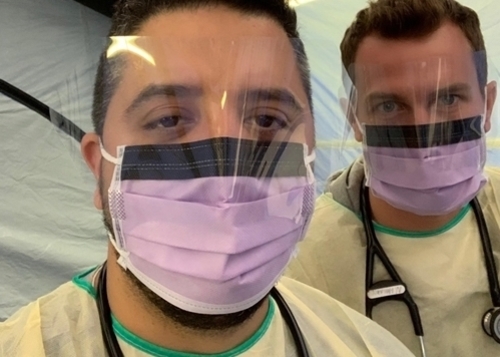 The Warren-based hospital network updates its staff reassignment policy after nurses and their union complained. Under the new approach, nurses, pharmacists and other medical staff will be reassigned on a volunteer basis, not compelled, to work at affiliated hospitals dealing with a surge of Covid patients.

Those who accept get added pay if they live over 50 miles from the new workplace, Michigan Radio reports.

Registered nurses and respiratory therapists would be paid $100 an hour; pharmacists and nurses who administer anesthesia would be paid $130. ... The special program also includes reimbursement for travel and living expenses.

Lt. Garlin Gilchridst chairs a new Michigan Coronavirus Task Force on Racial Disparities, which suggest ways to assure equitable help during the Covid crisis. An undisclosed number of community leaders and health professionals will be appointed by the governor.

"This virus is holding up a mirror to our society and reminding us of deep inequities in our country," Gov. Whitmer says in a statement. “From basic lack of access to health care, transportation, and protections in the workplace, these inequities hit people of color and vulnerable communities the hardest. This task force will help us start addressing these disparities right now as we work to mitigate the spread of Covid-19 in Michigan."

Lags are reported in Detroit, Farmington Hills, Jackson and cities in Oakland and Macomb counties, with mail coming every other day in some cases. At least three Detroit-area postal workers have been sickened, one of whom died.