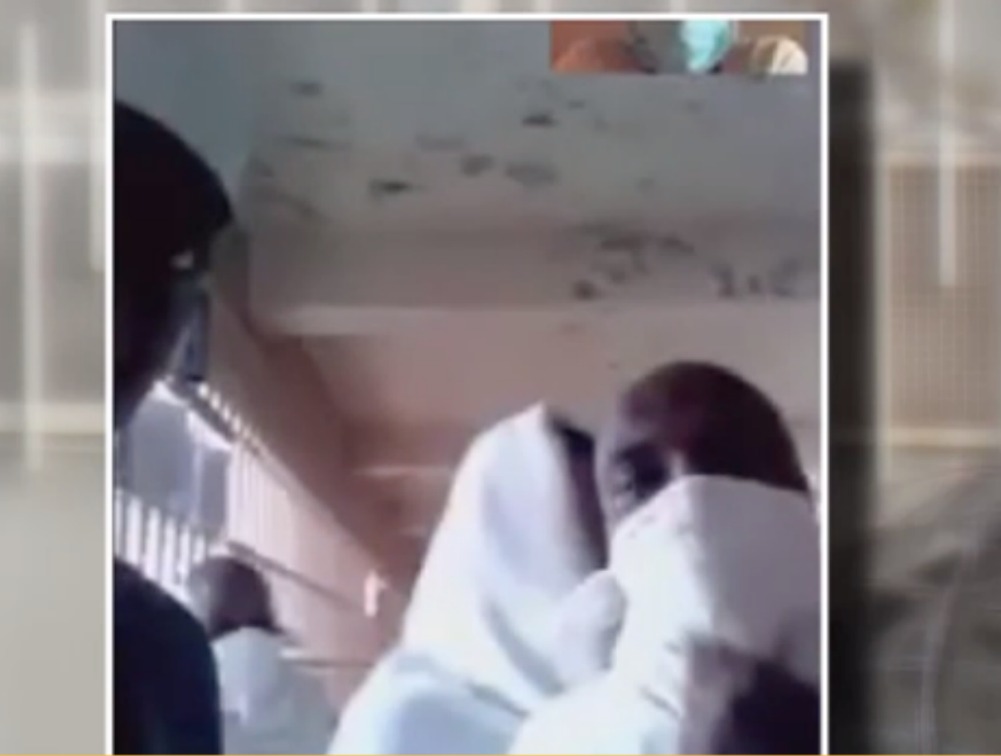 Inmates on the video.

The Wayne County Jail has gone on lockdown after unauthorized release of a video of inmates complaining about conditions and sick people not being tested for Covid-19, investigative reporter Charlie LeDuff first reported Saturday on his Twitter page. LeDuff was also the first to post the video, now seen more than 10,500 times in two days.

"We not getting tested. We ain't got no masks. We got to use our clothing for masks," one inmate says on the video.

Another says: "All type of medical problems around here and they got us around sick people all day."

Wayne County Sheriff's spokeswoman Pageant Atterberry tells Fox 2's Jessica Dupnack that every inmate has an N-95 mask, contrary to what they say in the video. Inmates are supposed to be isolated if they test positive for the virus.

"We are going to go into a 72-hour shutdown and have these inmates assessed by our medical staff," she said. "And if any of symptoms are shown we will go into a 14-day lockdown after that. They will come out for one hour of free time, they cannot step outside of their cell without a N-95 mask, otherwise they will have to stay in their cell."

The lockdown is also to find out who made the video, which was likely made with a phone. Inmates are not allowed to have a phone in jail, Fox 2 says.

To date, 88 jail employees and six inmates have tested positive for the virus.

I just can’t hear one more white, posturing, politician tweet about her jammies and wine, while getting barraged with panic from black and white inmates inside the #Detroit county jails about runaway COVID19. No shoes, no soap, no hope.
They’re begging you to do your job.
Unreal. pic.twitter.com/lCV7dSwaM9

UPDATE — The protesting inmates in the video have been locked down as a disciplinary measure, multiple sources confirm.
Here is one of many conversations I’ve had this morning with sheriff’s employees: pic.twitter.com/31deMNtzeb