Vivid evidence of Detroit's status as a Covid epicenter comes from data updated daily by Johns Hopkins University in Baltimore.

Its Coronavitrus Resource Center, which maps pandemic hotspots nationally and globally, lists 50 U.S. counties with the most confirmed cases and 20 with the largest number of deaths.

Wayne County ranks fifth in deaths (1,148 as of Monday) and ninth in lung virus cases (13,912) since counting began in mid-March. 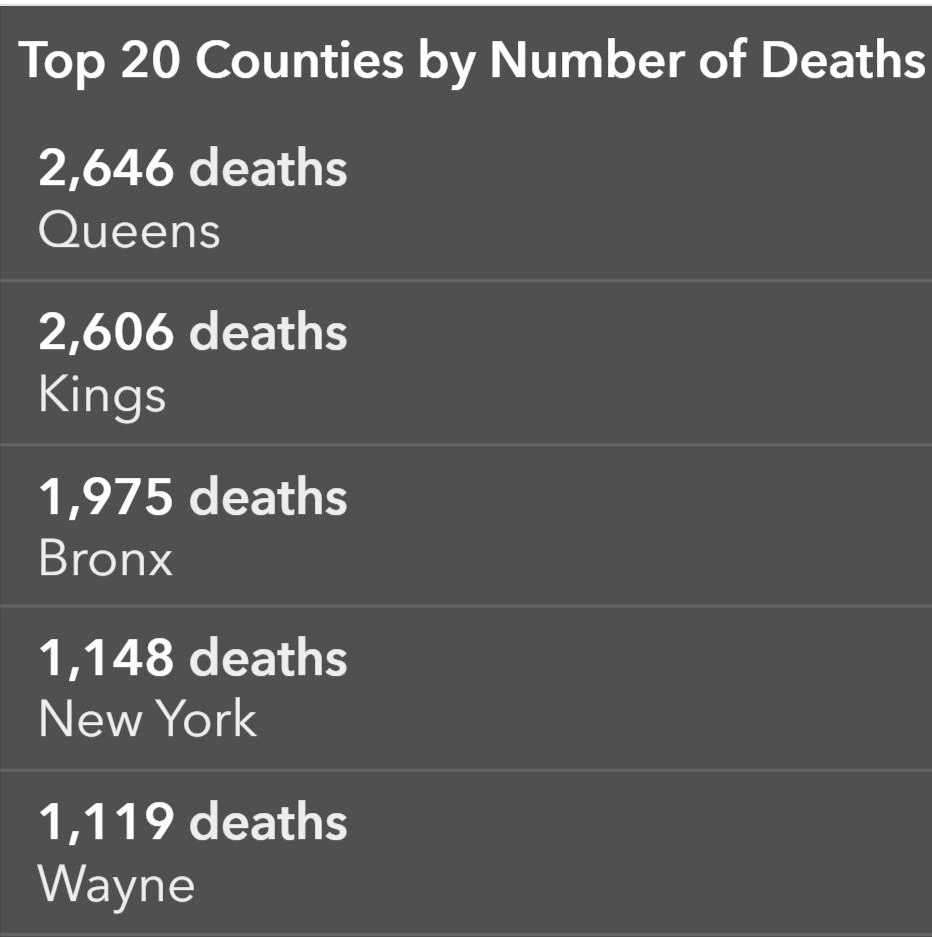 Four of New York City's five boroughs are the only counties with higher death tolls. The counties containing Chicago, Newark, Los Angeles and Philadelphia each has lost fewer residents to Covid than Wayne has.

Confirmed diagnoses in Wayne outnumber those in counties with these cities: Los Angeles, Newark, Miami and Philadelphia.

Detroit accounts for most of both categories, though these Monday afternoon figures show rest of Wayne also is hard-hit by infections: 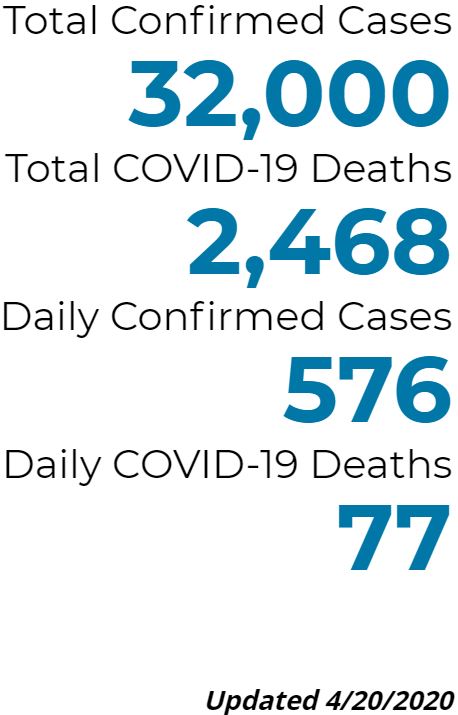 Totals are from the Michigan Department of Health and Human Services. The caseload includes recovered patients. 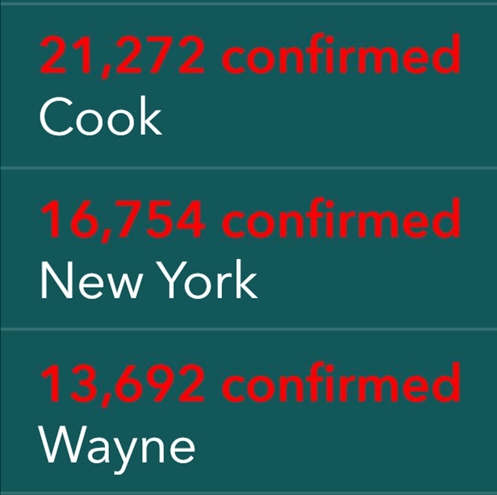 Confirmed cases in the counties with Chicago, Manhattan and Detroit.

These figures from the Maryland university show how Wayne has more cases that in larger L.A. and Miami-Dade counties, and how it surpasses the counties around Newark and Philadelphia:

Wayne County by the numbers 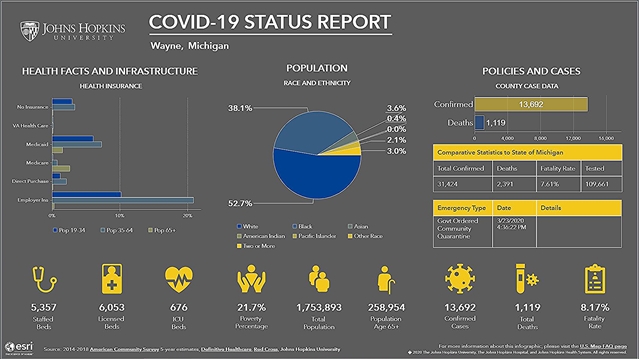