Amid tentative signs that the pandemic's rate of increase may be starting to level in Michigan, Detroit remains hard-hit. 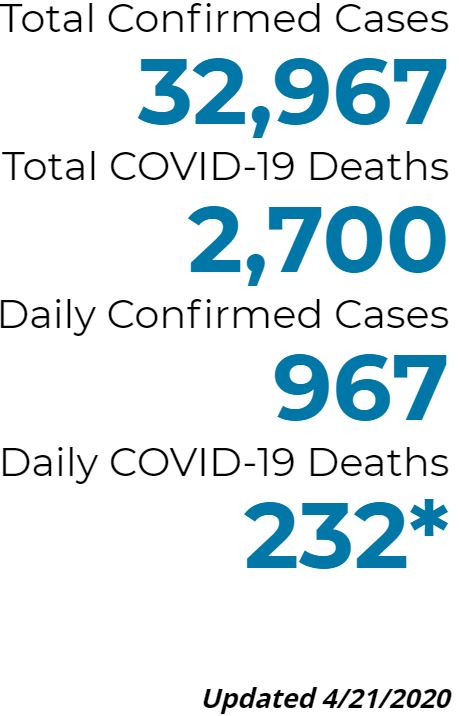 The latest addition of 967 cases is a 3% rise. Fatalities rose by 232, including 95 that occurred earlier than Monday but hadn't been identified as Covid victims.

The current caseload is 73% higher than two Tuesdays ago and deaths are 219% above the April 7 level of 845.

Here are updated figures for Detroit and suburbs:

Virus checks in Dearborn and Macomb

Free drive-up nasal swab tests are available by appointment at a pair of chain drugstore locations.

CVS now offers tests with results in 30 minutes in the parking lot of Henry Ford Centennial Library, 16301 Michigan Ave. in Dearborn. Health care workers expect to process more than 750 people a day, according to the company. The location is aimed at reaching underserved, multicultural communities, CVS Health says.

Interested residents must pre-register for a same-day time if screening validates the applicant is qualified.

On Monday, a Rite Aid in Macomb Township began self-performed parking lot tests at 46977 Romeo Plank Rd. The chain also is collecting self-swab samples at a store near Lansing and one near Flint.

People stay in vehicles and are told by pharmacy technicians how to obtain nasal fluid samples, which Rite Aid submits for lab analysis.

Free testing is available 9 a.m. to 5 p.m. daily, and the drugstore chain says it expects to conduct about 200 tests each day through online appointments. Those whose results are positive are notified by email and phone in two to seven days.

Testing eligibility is based on federal guidelines. Patients must show government-issued ID, be at least 18 and register for a time slot.

"We went up very fast, we started to come down and now we're at a flat level," he said.

At the same time, he applauded Gov. Gretchen Whitmer's stay-home extension order, saying it was "clearly the right decision."

At his Tuesday press briefing, he also encouraged Detroit businesses to test employees before letting them return to work. Those businesses interested in testing employees can call 313.230.0505 (then press #3).

The recreation network, which now has free admission each Tuesday through Thursday, says parking lot monitoring will determine when parks or sections shut temporarily to assure pandemic safety on trails, picnic areas and beaches when the weather warms. Employees will "enforce intermittent closures to certain areas — or entire parks — when attendance is too high or visitors are not following critical social distancing guidelines,” Director Amy McMillan says in a media release.

Metroparks Police and park staff will do vehicle counts three times a day at each site to ensure that lots don’t exceed 60% of capacity. Depending on the time of day, the park may remain closed or reopen as visitors leave. 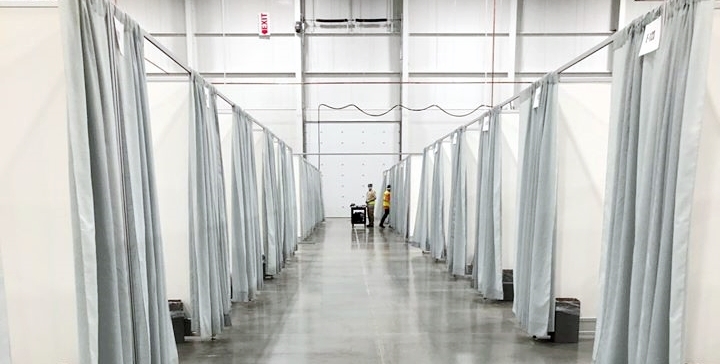 Patients could arrive at this Novi site by Friday. (Photo: Penelope Carroll/Army Corps of Engineers)

A Covid patient care site is done at Novi's Suburban Collection, where the U.S. Army Corps of Engineers oversaw two weeks of work that converted the exhibition space into the region's second "alternate care facility."

The 250-bed site "is expected to begin accepting patients by the end of the week," the military branch announces Monday afternoon.

Ascension Michigan, a hospital network, will manage it for the state. It's intended to ease crowding at area hospitals. 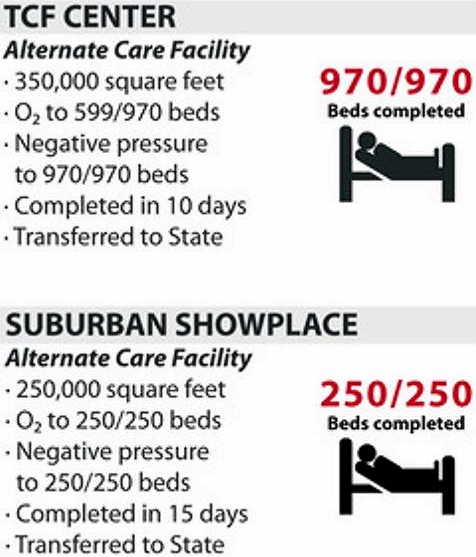 The new 250,000-square-foot facility is smaller than a 970-bed spread at TCF Center in downtown Detroit, which opened April 10. Novi's setup originally was envisioned as a 1,100-bed unit, but plans were reduced because of lower patient volumes.

"The main floor of the convention center was converted into a negative pressure area, which essentially creates a vacuum in the space that will exhaust any possible airborne contamination," says the corps' news release. "Like the TCF Center, copper pipes were put in the ceiling to deliver oxygen to all 250 beds."