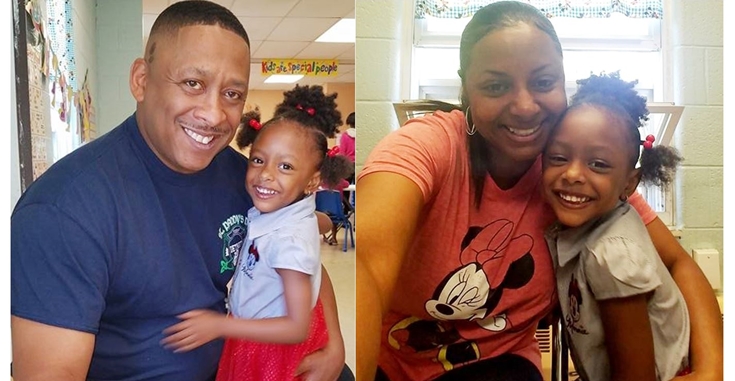 An official memorial fund is created to gather donations for the family of Michigan's youngest Covid death.

The 5-year-old's parents are Detroit first-responders, and the Skylar Herbert Memorial Fund is set up by the Detroit Public Safety Foundation through Chemical Bank.

"This is the only official memorial fund which was established with her family," says Carter Drewry of the Detroit Public Safety Foundation, which started it with the city government, Detroit Police Department, Detroit Fire Department and parents Ebbie and LaVondria Herbert.

"Unauthorized GoFundMe pages have been created," a news release says. "These were not created in partnership with her family."

We are grateful for the outpouring of support for Skylar's family and the generosity of the community. The Police Department an the Detroit Fire Department appreciate the support as they all mourn the loss of this member of their public safety family.

Checks made out to The Skyler Herbert Memorial Fund can be mailed to Chemical Bank, 333 W. Fort St., Suite 100, Detroit, MI 48226. Online gifts also can be made at the foundation's site, where the fund is the first choice in a drop-down menu.

More than 2,700 people in Michigan have succumbed to Covid in five weeks, an astonishing fact that's stunning to type and grasp. Now one victim, the youngest, touches emotions beyond the state.

Skyler Herbert, a 5-year-old Detroiter, was pictured on NBC Nightly News and is the centerpiece of a Washington Post report on "a handful of pediatric deaths in the United States. The child died Sunday from coronavirus and a rare form of meningitis that was a complication of the lung infection.

Skylar’s death stands as a heartbreaking exception in a pandemic that has largely spared children even as it ravages older populations and people with underlying medical conditions. She was both young and without known underlying conditions. Her death serves as a reminder that the coronavirus can present peril to people at any age.

Until Sunday, Michigan's youngest victim was 7. Fewer than 1% of the state's Covid fatalities are under 20 and the average age of those lost is 74, state data shows. Detroit has 728 deaths as of Tuesday.

Skylar lived with her mother, LaVondria Herbert, a Detroit police officer for 25 years, and father, Ebbie Herbert, a firefighter for 18 years, in a neighborhood in Detroit with one of the highest rates of the coronavirus. ...

"Her parents are first responders. And first responders have anxiety about infecting people in their household," said Michigan Lt. Gov. Garlin Gilchrist (D), who leads a new state task force on racial disparities related to Covid-19. That task force will be dedicated to Skylar's memory, he said in a briefing Monday. 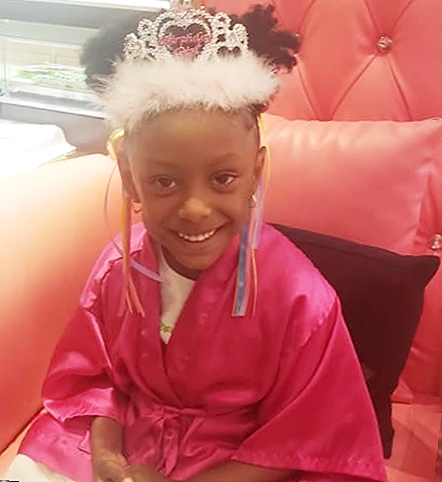 Skylar Herbert in a birthday tiara.

"My daughter was a giver, sunshine and light. She would give anything she had, a sucker right of her mouth,” said her mother, LaVondria Herbert. Her father, Ebbie Herbert, added: “Our daughter would come up out of the blue and say I love you."

Her parents spent Tuesday trying to figure out how a funeral for a vibrant girl can take place in Detroit amid a pandemic. They haven’t come up with an answer. But they want the world to know Skylar's life and death serve as a message to take covid-19 seriously.

"We just want the world to know that this can happen to anyone," Herbert said. "This could have been your kids."