Masks emerge as the breaking point for some shoppers

A Flint Family Dollar security guard was shot and killed last week following a dispute with a customer over her refusal to wear a mask in the store. The Oakland County nose-wiper was arrested yesterday, following a similar, but obviously less violent, altercation. 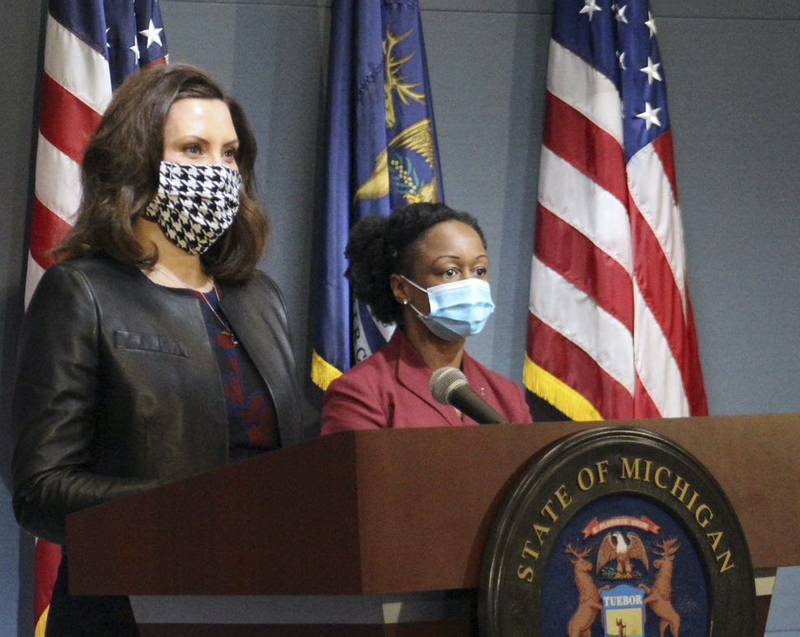 If That Woman in Michigan is wearing one, they don't want to. (Photo: State of Michigan)

And late in April, a woman whose previous brush with fame included an unsuccessful run for mayor of Roseville was arrested following an altercation at a Nino Salvaggio grocery store in St. Clair Shores, over, you guessed it, her masklessness.

A store employee asked Kristin Hoff, 33, to leave the store because she wasn't wearing one, and things deteriorated from there.

Authorities say Hoff then assaulted a store employee and refused to leave.

When St. Clair Shores police arrived, "the suspect continued to behave erratically, attacking and spitting on police officers," and she was arrested, the statement said.

Why masks are the breaking point for so many remains a mystery, although a glance at social media reveals many think mask-wearing was perhaps written in invisible ink in Agenda 21, or some other world-domination plot they intend to resist, dammit.

The Poynter Institute, a journalism resource center, reports on a visit President Trump made to a mask maker in Arizona yesterday:

In an email interview, Frank told me, “It was disturbing to see so many people be so visibly angered by my (and others’) personal decision to wear a mask. Clearly, wearing a mask is interpreted in some circles as being attached to a political ideology. To be clear, I am completely understanding of folks who question the media or want to engage in good-faith conversations, but I am not tolerant of bullying and harassment, and that is what myself and my colleagues endured today.”

So going without a mask is apparently a political statement, or another you-can't-make-me sort of thing.