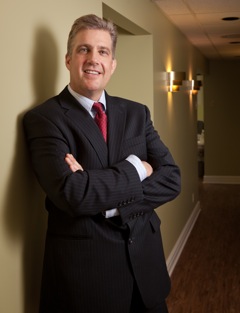 Update, 3:37 p.m. Tuesday: Gov. Gretchen Whitmer tried to diffuse a potentially damaging report, saying her husband was just kidding when he tried to jump the line and get his boat in the water on a northern Michigan lake by mentioning he was married to the governor.

"Knowing it wouldn't make a difference, he jokingly asked if being married to me might move him up in the queue," Whitmer said a press conference. "Obviously, with the motorized boating prohibition in our earlier days of Covid19,  he thought it might get a laugh. It didn't and to be honest, I wasn't laughing either when it was relayed to me. Because I knew how it would be perceived.

"He regrets it. I wish it wouldn’t have happened. And that’s really all we have to say about it."

It could be just a matter of time before President Donald Trump labels it "Boatgate." But for now, it's nothing more than a political ripple in the water in the midst of a pandemic.

State Sen. Tom Barrett, R-Charlotte, claims Gov. Gretchen Whitmer's office attempted to cover up an incident in which her husband allegedly tried to use his position to jump the line and get his boat in the water on a northern Michigan lake, Paul Egan of the Detroit Free Press writes.

Whitmer's office declined to comment on allegations that her spouse, dentist Marc Mallory, cited his position as "First Gentleman" when he contacted NorthShore Dock, north of Traverse City,  before the Memorial Day holiday.

"We’re not going to make it a practice of addressing every rumor that is spread online," Whitmer spokeswoman Tiffany Brown said Monday

Sen. Barrett says he removed his own Friday Facebook post about the incident after Whitmer's office told officials in the Senate GOP leader's office the report was false. But he says he later received information that made him believe it was true.

"I was drawn into a cover up by the governor and her staff," Barrett said Monday on Facebook.

The owner of the dock company, Tad Dowker, initially posted about the incident on Facebook, but later removed it. He tells the Freep he stands by the accuracy of the posting.

His Facebook posting came a few days after Whitmer lifted restrictions in northern Michigan, but said people outside the region shouldn't be in a rush to go there.

The story is getting some national attention. Whitmer has been one of the higher profile governors during the pandemic, appearing regularly on news talk shows. She has also been mentioned as a possible candidate for vice president and been the target of Trump's negative tweets.