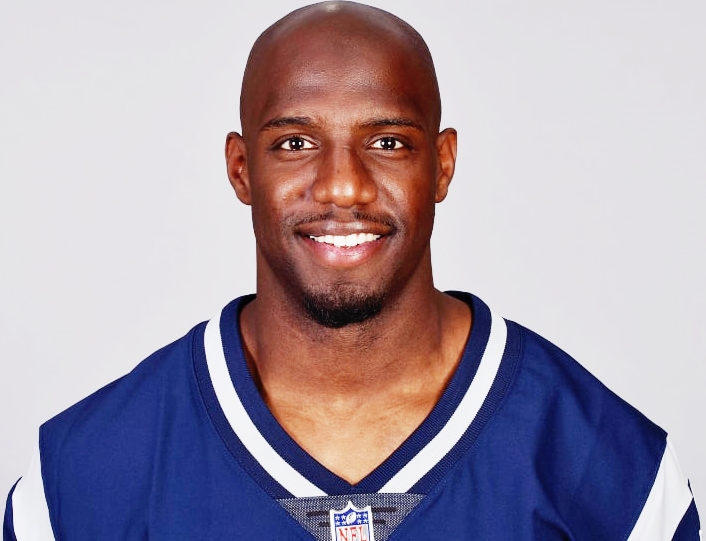 Duron Harmon: "The world should never be like this."

For the Detroit Lions, that process stretches nearly three years from symbolic kneeling to a time of healing now. The team's Allen Park headquarters has been the site of "an emotional week of team meetings that had little to do with football," as Detroit News columnist John Niyo puts it.

In the aftermath of [George] Floyd’s death, and with racial unrest roiling the country, Lions head coach Matt Patricia pushed aside the football playbook and opened the floor to his players the past week. Instead, the team talked about the protests and the police, about racism and ideas to promote social justice as a collective group.

"I think they've been extremely productive," [safety Duron] Harmon said of the team meetings. "We kind of took a break from football, because how could you worry about football when the country is in a crisis like this? This is so much bigger than football right now.

"And obviously with our team being predominantly African-American, Matty P did a great job of just giving everybody the opportunity to voice their opinions, voice their frustrations and for our white brothers to really, really understand what the African-American community truly goes through living in this country. ... Because the world should never be like this. We shouldn't treat people the way we treat them based off the color of their skin." 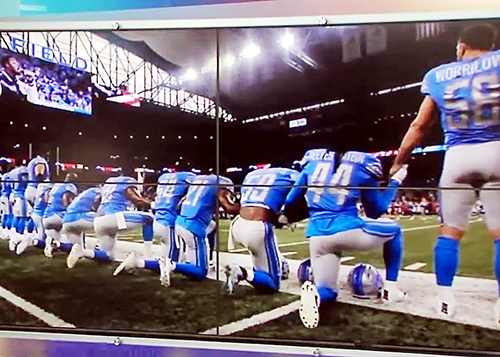 Frank exchanges included discussions of kneeling during the national anthem, according to the Harmon, a NFL player since 2013 who was traded to the Lions three months ago by the New England Patriots. Some of his new teamates were at Ford Field in September 2017 when eight Detroit players took a knee before losing to the Atlanta Falcons by 30-26.

The silent demonstration against police brutality and racial injustice was inspired by Colin Kaepernick, a former San Francisco 49ers quarterback who began kneeling before each game in 2016. The gesture spread in fall 2017 after Donald Trump said NFL owners should fire players who protest during the anthem.

The controversy that followed in 2017 -- fueled in large part by President Trump’s comments -- divided locker rooms and fans alike. And even this week, comments from Saints quarterback Drew Brees on the issue sparked outrage and backlash across the league. That, too, was discussed among the Lions’ players and coaches this week.

"People spoke their mind, and African-American players told our other teammates why were upset by it," Harmon said. "Why what Drew Brees said really hurt. Why it was heartbreaking at the time, and still is heartbreaking."

When the Lions take the field Aug. 13 for the first of four preseason games, with or without fans in seats, a to-be-determined action seems likely. "We feel like there is still some type of need for a silent protest," Harmon said Friday during a half-hour video conference (below) with Niyo and other sportswriters.