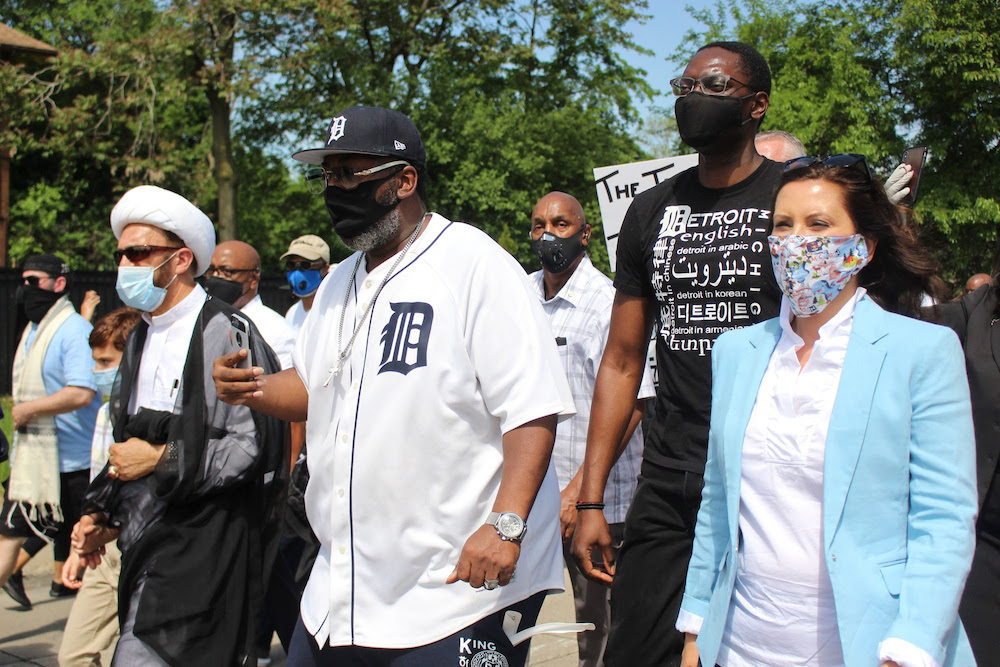 Some people are critical of Michigan Gov. Gretchen Whitmer who participated shoulder-to-shoulder in a Unity March in Highland Park and Detroit on Thursday. She was at the front of the tightly packed march, wearing a mask.

"We couldn't always observe six feet apart but we were wearing masks the whole time," Whitmer said during a press conference Friday, Fox 2 reports. "We never shook hands, didn't high five or hug the way that we usually greet on and other but I thought that it was an important moment to show my support and show a unified leadership out of the executive office of the governor."

Whitmer has been critical in the past of protesters at the Capitol who didn't wear masks and social distance, which has opened her up to some criticism.

Erik Kiilunen, leader of the group All Business Is Essential, said:

"I’m furious this morning. This is a slap in the face to every Michigander who has struggled to pay their bills, been forced to close up their business, or been threatened with prosecution for working. The leaders we elect should lead by example, but Governor Whitmer, like so many politicians before her, just proved that those in power hold themselves to a different standard than the rest of us!"