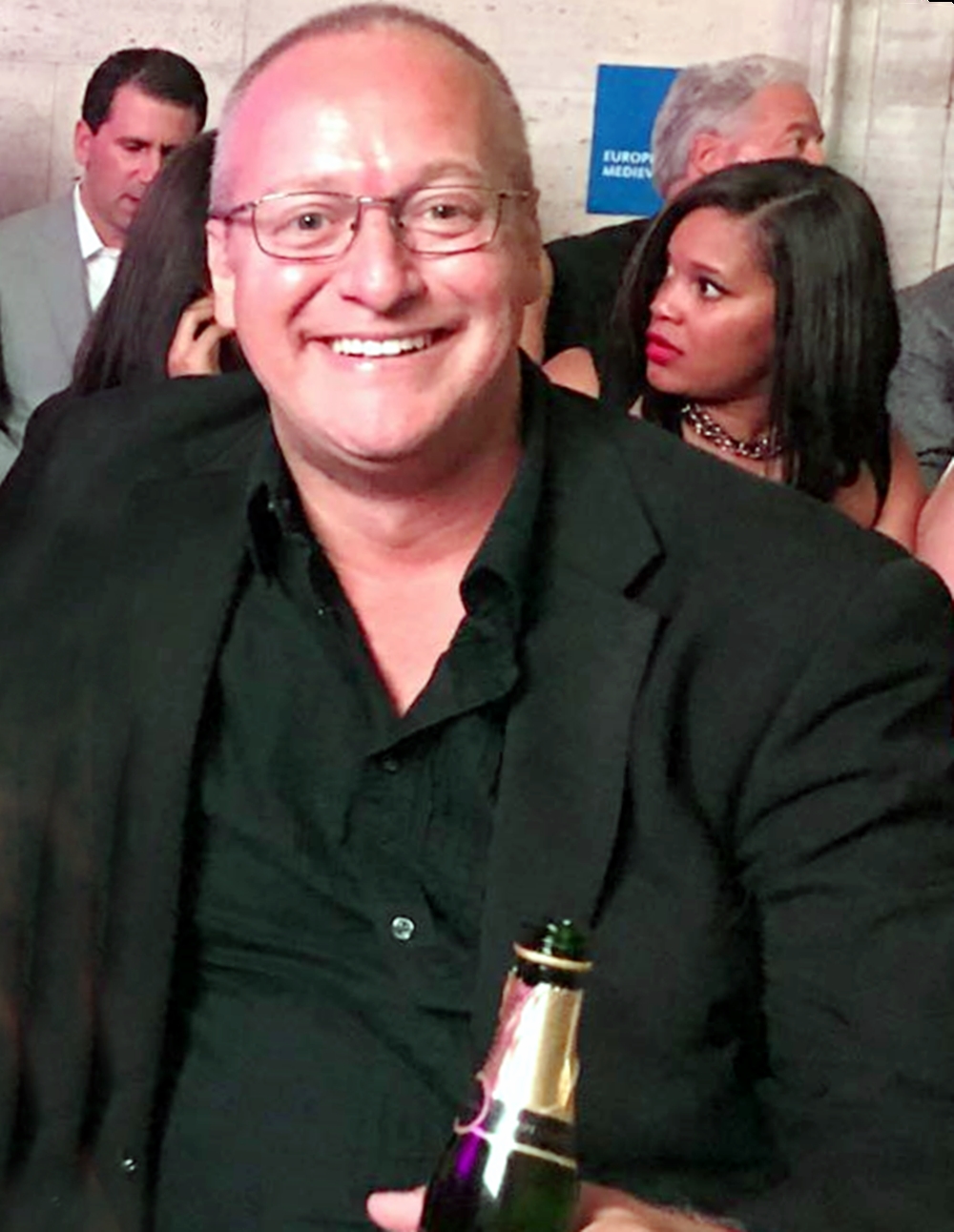 If you were planning to head to a Detroit bar or restaurant owned by Sean Harrington as things reopen, here's a public service announcement: In a social media post this weekend, he insinuated Covid-19 is merely a "bad flu" that's hardly as deadly as we've been told. And, paradoxically, he also seemed to suggest he hopes it kills "rioters" and "a-holes who screw with" small businesses.

Harrington, the owner of Town Pump Tavern and Hot Taco in downtown Detroit, has long stirred controversy. In an interview with Deadline Detroit, he said his Facebook comments did not reflect "the way I feel." He says he's faced death threats over the since-deleted statements, which have been widely shared. 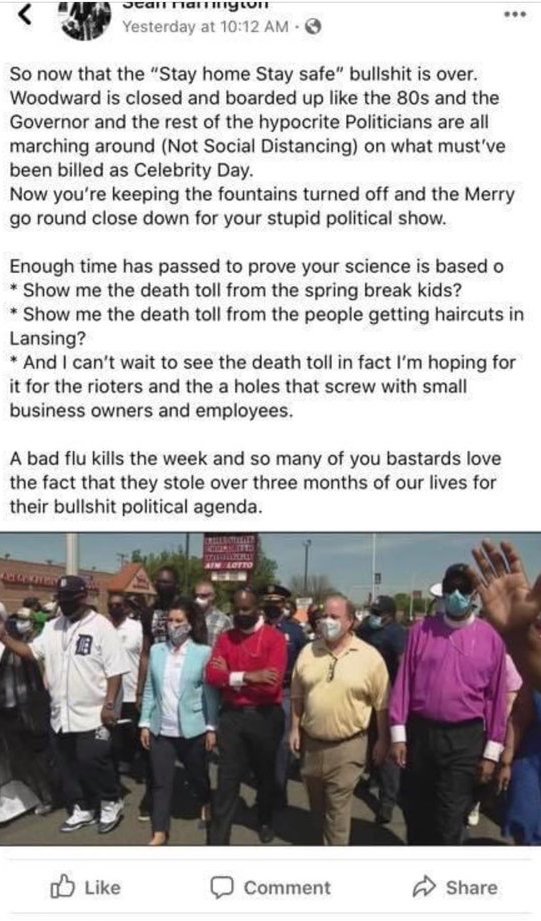 Harrington, 52, is no stranger to bad press. Two years ago, as he was selling his 180-unit Park Avenue Hotel, he tried to evict residents, many of them low-income, before backing off. He was also in 2009 charged with hitting an employee for stealing. The case was later dismissed.

The post in question criticized Whitmer for not observing social distancing while participating in a march in Detroit on Friday.

"I can't wait to see the death toll in fact I'm hoping for it for the rioters and the a holes that screwed with small business owners and employees," Harrington said.

When asked by Deadline Detroit whether he indeed wished death upon demonstrators who might harm a small business he said, "I’m dyslexic and I have a hard time spelling.”

He said the follow-up comment referencing "slave catching" courses was made in response to a woman who attacked him for his beliefs and threatened to turn people against his businesses.

"She said she had 800 people and she said she was going to destroy me," said Harrington. "I don’t know where she got her tactics from, but I think she’s learned them from somewhere."

Separately, the restaurant owner said he does believe in coronavirus, and was trying to only point out what he felt was the hypocricy of politicians.

In addition to death threats, Harrington says he's received messages saying his wife should be raped and children attacked. He would not provide screen shots and did not immediately say whether he'd filed a police report.