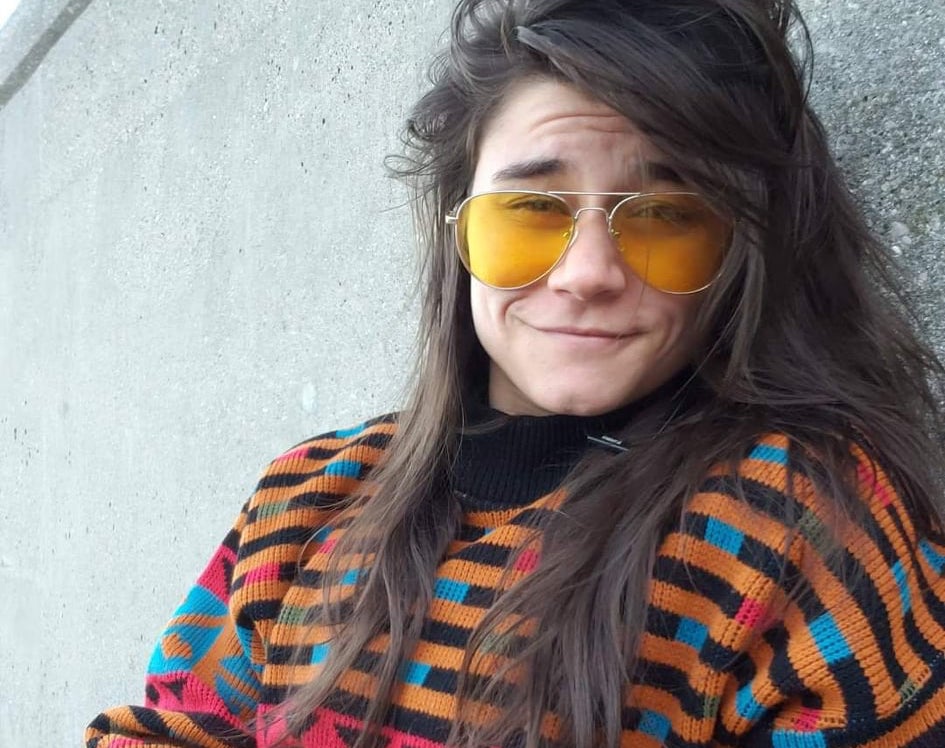 Nadia Rohr was knocked out and got nine stitches.

Detroit police are investigating allegations that a protester suffered a brain injury when she says an officer fired what she believes was a rubber bullet at her head at close range.

Nadia Rohr made the claim in a Deadline Detroit story published Sunday. Rohr, 24, said the downtown encounter happened after midnight May 31 near Grand River and Times Square.

"We're trying to gather information to at least pinpoint a group [of officers] that possibly could have been present during that time," Capt. Lena Liddell tells Deadline Detroit. The department learned of the allegation from the article.

Rohr and her 20-year-old girlfriend, Baylee Huffman, said they demonstrated peacefully and provided supplies to participants. The protests erupted after nightfall, with police  shooting rubber bullets and tear gas to disperse the crowd.

Standing in front of the police line, Rohr says she locked eyes with an officer who aimed a bright orange weapon at her. She turned and was struck in the back of the head. 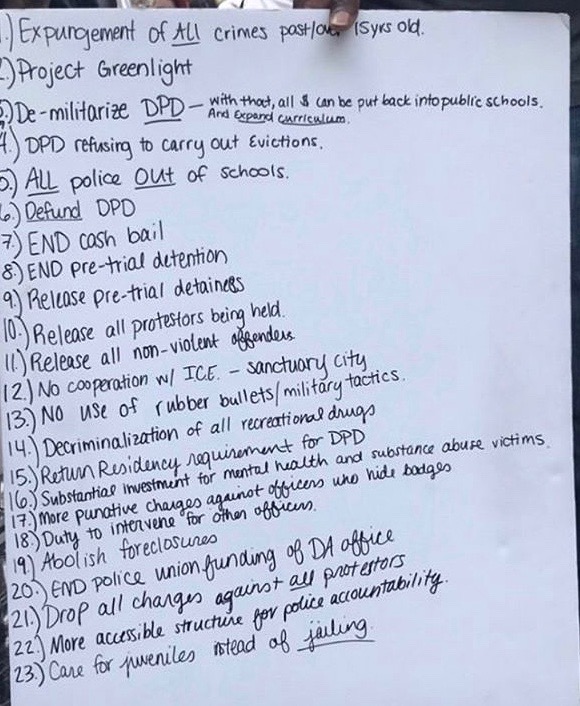 Protesters voted on 23 demands, which include "no use of rubber bullets and military tactics." (Photo: Facebook)

Mayor Mike Duggan and Police Chief James Craig plan to meet Tuesday morning with organizers of the Detroit protests to address 23 demands the group listed, including ending the use of rubber bullets.

Craig did not say whether the department would consider discontinuing rubber projectiles when asked by Deadline Detroit at a media briefing Monday.

"Certainly we take the deployment of nonlethal or less-lethal very seriously that's why it's so critically important that we remain patient, we remain professional at all times. We don't want to injure anyone.

"But … when you talk about police officers being attacked with items that certainly could be construed as dangerous -- we're talking about metal railroad ties, fireworks that were thrown in one instance at a police vehicle, an arrest was made for felonious assault -- that presents a real safety [issue] to our police officers and a real threat to our community and a real threat to those who want to peacefully protest."

Duggan said the weaponry is safer than that used against demonstrators in the Rebellion of 1967, when police shot and killed 43 demonstrators.

"We'll always review the practices," he said. "The point of going to the nonlethal approach was to have a way to clear a very dangerous, potentially riot situation without the loss of life.

"And so I think we'll take a close look at everything, but the response is certainly preferable to what the response used to be."

Craig has said its' protocol for officers to issue warnings to demonstrators before shooting bullets and teargas.