Twelve days of protest and marches in Detroit, and across the country, may end up changing police-community relations profoundly. What started with tear gas, skirmishes, and a curfew leveled out into unconstrained, peaceful marches through the city, culminating Tuesday in leaders discussing their demands with Detroit Mayor Mike Duggan and Police Chief James Craig.

WE LOVE THIS FUCKING CITY! Detroit is the birthplace of techno and techno is BLACK #BlackLivesMatter pic.twitter.com/fJTSmGH1nK

The crowd gathered for the ongoing nightly demonstrations is notable in many ways: Young, diverse, passionate, and accompanied at times by an art car blaring techno, the likes of which you might find at Burning Man. The group, numbering the hundreds, calls itself “Detroit Will Breathe.”

Notably absent, however, is the Detroit Coalition Against Police Brutality, a long active group of mostly older people who’ve been sidelined by the coronavirus outbreak, which has hit the city particularly hard. 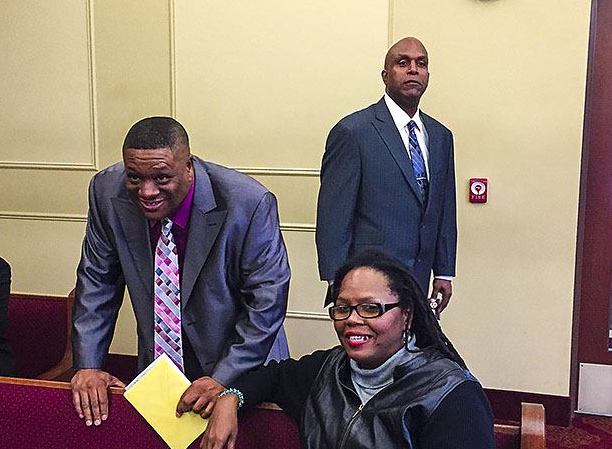 Co-founded by the late community organizer Ron Scott in 1996, the coalition has often taken the lead in organizing around incidents of police brutality and misconduct. It was at the forefront of an effort to bring the department under federal oversight in the early aughts, and now advocates for additional reforms, works with the families of victims, and offers youth training in conflict resolution and restorative justice.

Some of the reforms long pushed for by the coalition mirror the demands the new wave of anti-police brutality demonstrators have brought to the department, like reinstating residency requirements for officers.

But the group that gathers nightly downtown has also pushed for a wider range of structural reforms, seeing destabilizing forces in the city as intertwined with public safety. A recent list of 23 demands, for example, included ending home foreclosures.

The groups also appear divided on the issue of defunding police. While the downtown demonstrators list this as a priority, DCAPB’s director, Chris White, is quick to point out the coalition is not anti-police, but specifically anti-police brutality. He offers an anecdote from his teen years to show not all cops are bad: When White says a notorious officer planted drugs on him in the late 80s, it was the officer’s superior who got the case dismissed, apparently aware the charge was bogus. White also sees an unresponsive department as a form of brutality: When the cops don’t come on time, people can get hurt. 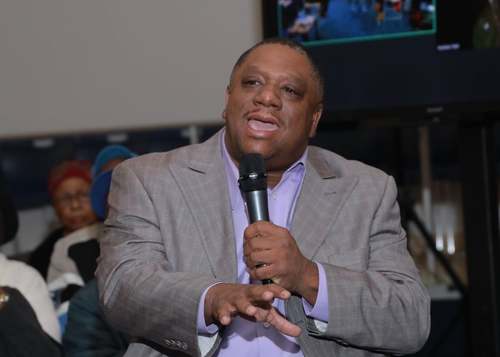 We solicited White’s thoughts on the events of the past two weeks.

What do you make of renewed energy in the fight against police brutality?

This is an extension of the civil rights movement in our lifetime. This is now a civil rights issue on a mass scale. And now since we have all these new people that have gotten behind the cause we have a chance to connect and show them what really goes on and how they can be involved in the long haul, how they can be a part of the change locally. After George Floyd, what does policing look like locally? We don’t want to lose focus of the fact that there are a lot of problems in the Detroit Police Department.

What are some of the key public safety reforms needed in Detroit?

What do you make of the messaging around the protests from Detroit Mayor Mike Duggan and Police Chief James Craig? In news conferences that followed initial protests that were marred by some violence, they took issue with the fact that more than two-thirds of those arrested had suburban addresses listed on their IDs — though many of the people arrested say they were demonstrating peacefully.

When they say “suburbs,” what they’re really saying is that whites coming in from the suburbs is the issue. But you can’t have it both ways. It’s OK for whites from the suburbs to come in when they're representing your interests, the corporations, and strong policing of black communities. But it’s not OK when whites come in to expose the hypocrisy of the police department and criminal justice system.

(There is) an organizing battle that’s been going on for a long time between the white radical left and African American organizing traditions, and if there's a cause that deals with the African American community and whites align, then there’s a certain level of deference that must be given to the people that are in the pain. But that’s an internal organizing issue. When it gets to the point of “you can’t come into our city,” that’s a problem. Because not everybody feels that way. The coalition went out to Royal Oak to (push for the firing of an officer who arbitrarily stopped a black man). Like Martin Luther King said: Injustice anywhere is a threat to justice everywhere.

Truth be told, the only reason change is taking place is because whites got tired of police brutality. Corporations saw it could lead to damage in their bottom line because when something happens it usually leads (people to start looking at injustice all around them, in their workplaces and elsewhere.) Now they’re scared of the rise of black consciousness and the unifying of whites and blacks against exploitation.

The answer is not to get sucked into Craig and Duggan telling us it’s city versus suburbs, because Craig was appointed by (an emergency manager installed by) a Republican governor and the mayor of Detroit has lived in Livonia most of his life.

We’ve seen some fissures in the activist community throughout this. Duggan and Craig brought out several activists who painted the protests as violent even after they’d grown entirely peaceful. And what issues there were in those first three days were more or less limited to the throwing of objects at officers and squad car damage. These activists told people to go home; Rev. Charles Williams of the National Action Network at one point asked people not to protest at all. Separately, a 16-year-old who pleaded for demonstrators to heed the police curfew was propped up as a hero and written about by the Free Press and People Magazine. His demands weren’t as robust as those of the primary protest leader, Tristan Taylor; the teen said he wanted only not to have to fear death in his interactions with police.

I think the 16-year-old boy was (officials’) creation to thwart Tristan. Because Tristan was getting all the attention and they tried to negotiate with Tristan, but Tristan being Tristan, he refused. So now all of a sudden they got this new young man from Southwest Detroit and we’re hearing “he took the lead” and then the press makes him our new leader and someone hands him a telephone and the mayor’s on it, and well that lets you know that the whole thing was orchestrated. They tried to create him.

So that whole thing was designed to drive a wedge between Tristan and his group and the new guy who says peace, all I want is peace. The young guy had a different approach but it didn’t work because Tristan has more staying power, he’s simply been out here longer and they couldn’t shut him down. So then after that they moved to their next approach to just be who they are and lock Tristan away and make him disappear. That didn’t work, because everyone came together for Tristan so now Tristan becomes a star. And they were good in that because the people needed a victory. But the bad was that then me, and everybody else, was writing about Tristan when the actual issue is police reform in Detroit.

What did you think of the police response to protesters? Many demonstrators have said they were being peaceful but were hit with rubber bullets and tear gas and roughed up and wrongly arrested.

They couldn’t differentiate those who were a threat from those who wanted to be peaceful. They had a one-approach-fits-all at that moment. And that says a lot when it comes to training. And now there’s more of a focus on is this peaceful or not versus what reforms are we going to get out of the department?

I also think once the officers heard the divisive messaging coming from the top, their actions were to harm people, arrest people, lock up people and push people. And even in the response after the officers pushed (a demonstrator down aggressively), you look at Atlanta, and other cities like Buffalo, there’s an immediate decision to terminate or charge officers that conduct themselves this way. And we still have not even heard what has become of those officers. So what it shows us is that there’s really no commitment to reform.

(The incident involving the officers is under an internal review; Chief Craig said he removed the three from the protests.)

What do you think of violence and property damage at protests?

I think that property is insured. And I think both law enforcement and the public … anticipate that is part of what happens, it’s part of American culture that goes back to the founding of this nation. While the coalition itself is not involved in using those types of tactics to accomplish an objective we understand that that can and will happen but we don’t want it to be used as a diversion to keep from addressing the issues because people get to this point of disobedience because of the disobedience of the police force. They’ll tear up some buildings, but the officers tore up Floyd’s life and his family’s. We’re here because those officers did not value African American life.