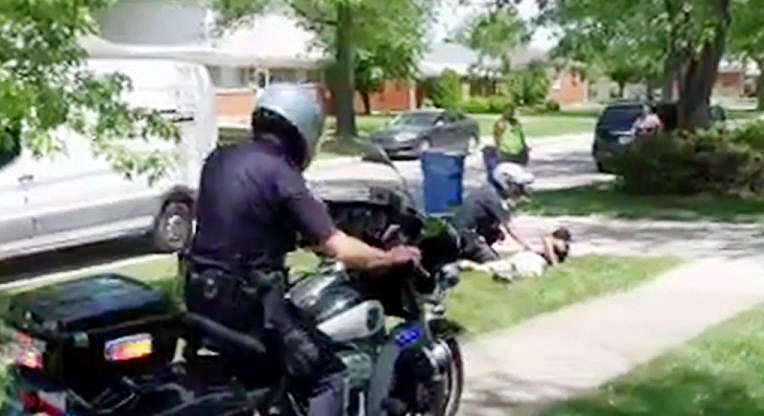 The delivery driver was arrested Tuesday afternoon after parking in the wrong direction on a residential street and allegedly balking at an officer's requests to see his license. The officer is white. Bond is black.

"Obviously, this was an escalation, not a de-escalation of police contact by the officer," says Bond's attorney, Donald Andrews of Union Lake.

Warren Mayor Jim Fouts agrees, telling The Macomb Daily: "Police should have a policy of de-escalation in situations such as these." He earlier called the officer's actions "outrageous and unacceptable."

A Warren City Council member, Angela Rogensues, posts on Facebook: "This is unacceptable. We can and must do better to ensure that Black Americans are not wrongfully targeted for simply being Black in our community."

An Amazon delivery driver is charged with resisting and obstructing an officer, failing to obey a command and not showing his license in an strange Warren case.

The incident (see two videos below) began around 2 p.m. Tuesday when a motorcycle officer stopped because the worker's curbside van was facing traffic. WXYZ recounts what surprised residents saw:

The driver had parked facing the wrong direction. A neighbor says when an officer arrived and asked to see a license, he did not immediately show it to the officer.

"He [the officer] was aggressive, taking him down to the ground. It was so ridiculous over a traffic offense," says Jim Michaels, who ordered the package on the 11300 block of Engleman.

Police say the driver was released after his arrest. There were also no injuries. Internal Affairs is now investigating. That officer remains on paid leave, pending the outcome of an investigation.

The 23-year-old from Detroit, who isn't named in news coverage, was charged Wednesday, WXYZ reports. Resisting and obstructing police are felonies.

"It’s a violation of the law if you do not produce your drivers' license when asked by an officer. That's what started this whole incident, and if he would have just shown his license, he may have gotten a parking ticket or warning."

The man says he's working and refers to the situation as "BS." After the officer asks for a driver's license, the two continue to argue over whether an Amazon truck operates as a postal vehicle. "You gonna give me a ticket for this bullshit?" says the driver.

"I'm going to give you a whole lot more if you don't get your license out," replies the officer. 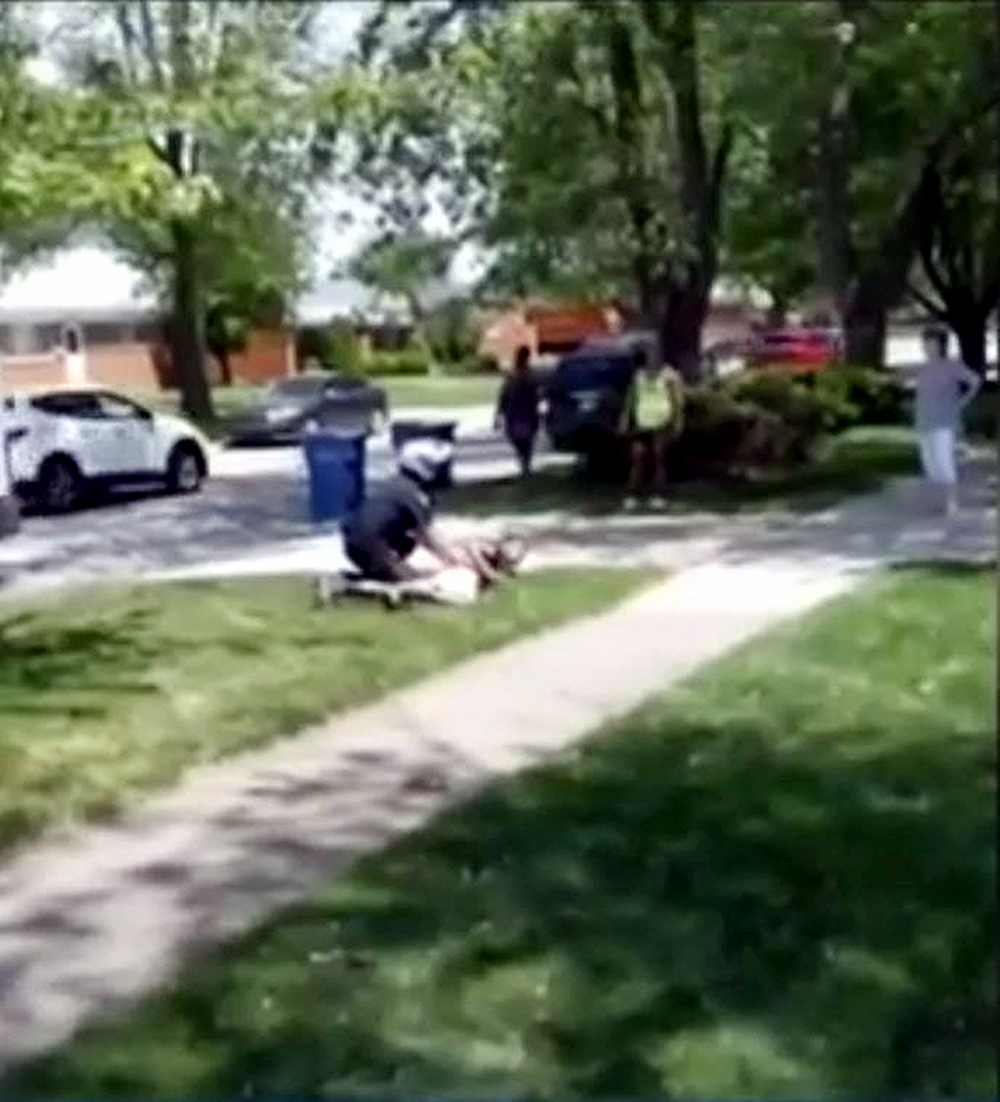 Mayor Jim Fouts initially condemned the African American driver's rough arrest as "outrageous and unacceptable" in an eight-sentence statement (excerpt below). The officer should be fired and investigated by the county prosecutor, he posted.

He deleted that Facebook post at the police commissioner's request. "Any type of aggressive behavior is not tolerated," the mayor says in a follow-up. "I was upset one individual could possibly besmirch the fine reputation of Warren police officers.”

Upon initial review of the video, according to Fox, an Amazon spokesperson said:

"We see what others see in this video, and it’s unacceptable. We expect a swift investigation and full accountability for those involved. Amazon will deploy all necessary resources ... to represent and support the driver."

Here's most of Fouts' original post, followed by three videos -- one from police, WXYZ coverage with a witness' phone video and a Fox 2 News follow-up Friday: