Gallery: 'Power to the People' slogan painted on Woodward in Detroit revives a rallying cry

The mural outline at the two-day job site downtown. (Photos by Michael Lucido)

It's a protest statement with a six-decade legacy, a rallying cry heard from counter-culture hippies of the 1960s, peace marchers opposing the Vietnam war and Black Panthers fighting ruling-class domination. 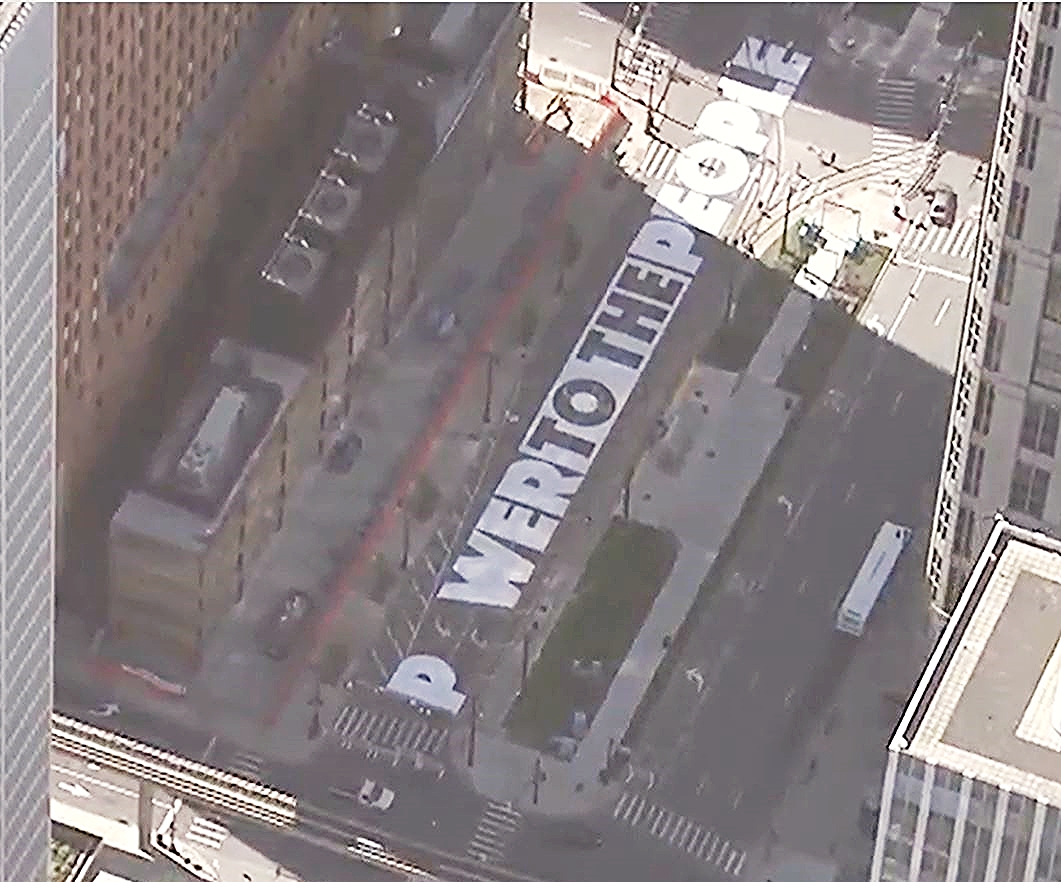 "Power to the People" is painted in street-size letters on Woodward Avenue in Detroit's business center as part of a block-long pavement mural. Two days of work, overseen by Detroit artist Hubert Massey, wrapped up Wednesday evening.

The project on the northbound lanes between Larned and Congress street is similar to blacktop murals created in more than a dozen U.S. cities since George Floyd died under a Minneapolis police officer's knee three weeks ago. Detroit's version will be unveiled Friday morning as part of a city government "Freedom Rally" at Spirit Plaza, a block south of the street art.

The rally is on Juneteenth, a national observance marks the official end of slavery on June 19, 1865.

“Detroit is a Black city, and we’re excited to see a message of Black people's strength and resilience, a message that is finally being heard around the world," mayoral aide Charity Dean, director of civil rights, inclusion and opportunity, says in a statement.

Our staff photographer documents the work under way Wednesday. 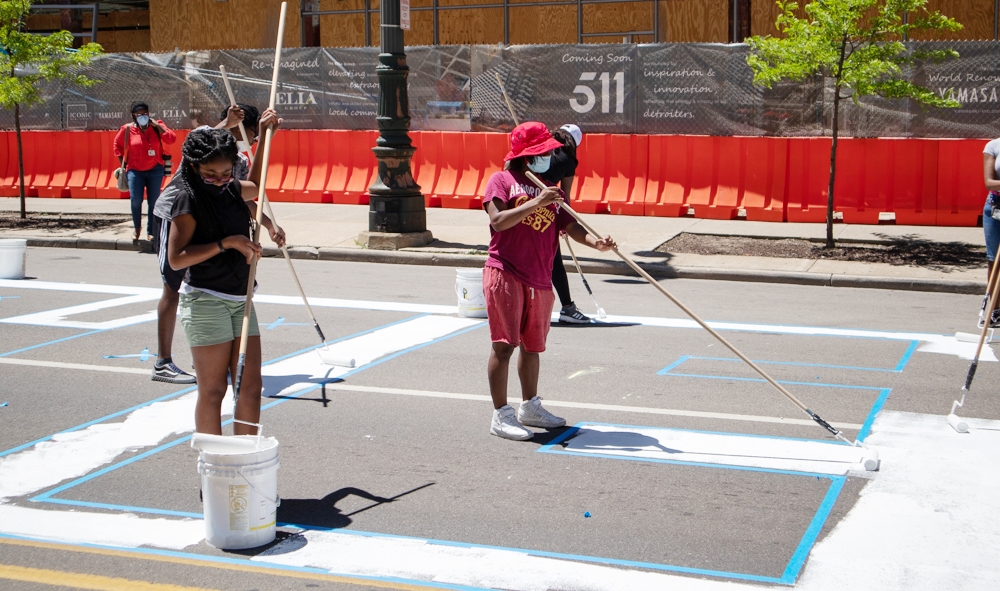 Water bottles are as important as buckets of paint as students paint between taped lines on a steamy afternoon. 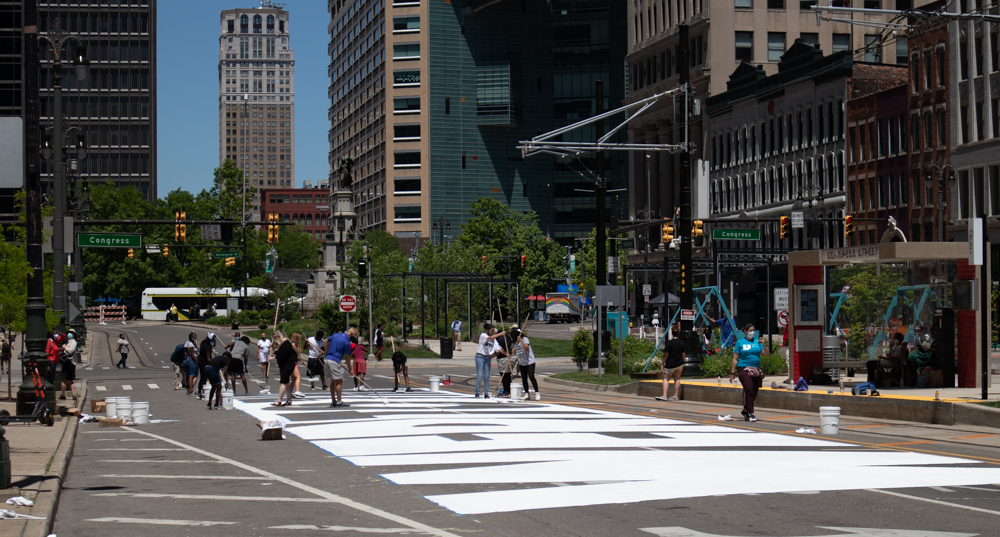 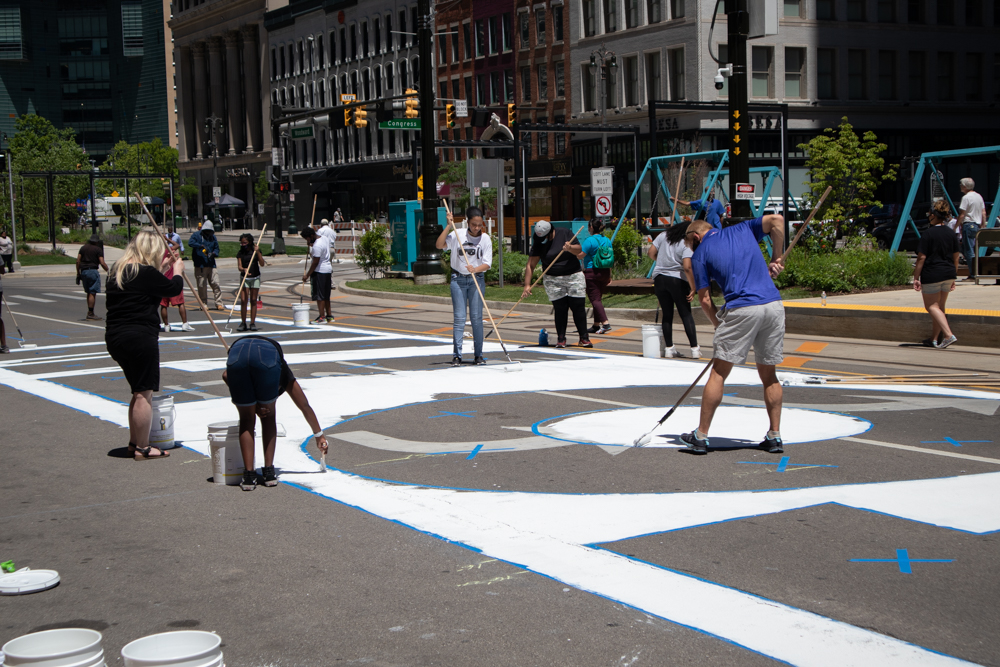 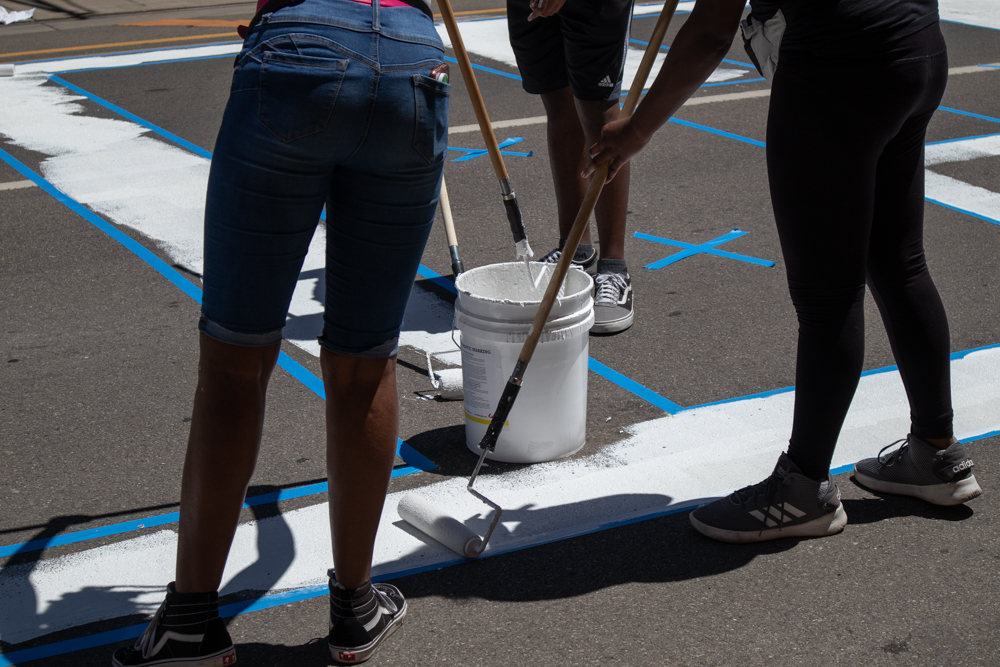 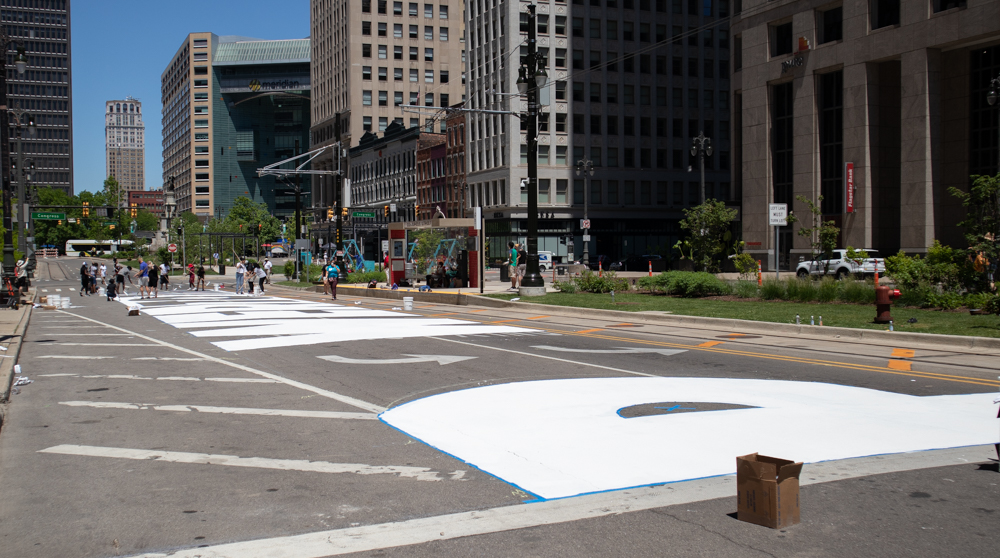