Is Pavel Datsyuk with his family, or in a monastery with a lunatic? In 2020, who knows?

Is former Red Wings star Pavel Datsyuk "hunkered down in a monastery with his personal confessor," who has taken the monastery over, and something-something Cossacks, Russia Today and Putin-level propaganda? 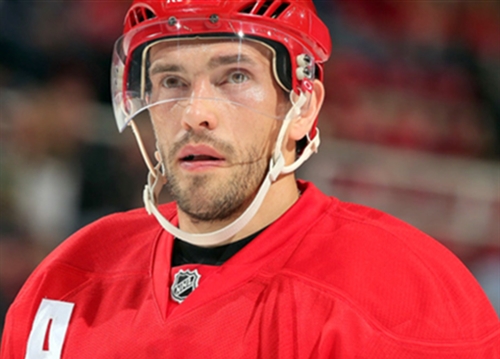 As the Freep, which gleaned this story from the weedy fields of social media, asks: "Judging by how 2020 has gone, is this really that inconceivable?"

We'll leave that question to readers, but here's the sketch:

The forward, who left the Red Wings to return to Russia in 2016, is reportedly with Father Sergius at the Central Urals Monastery in Ekaterinburg, about 1,100 miles east of Moscow.

Sergius believes the COVID-19 pandemic is a conspiracy, concocted as a way to get people microchipped, according to the report on rt.com.

However, Keith Gave, author of "The Russian Five," said on Twitter that he spoke to Datsyuk's agent, who said the former Red Wing was with his family at his cottage.

This Father Sergius, no other ID given, is also an ex-con, according to Russia Today, or RT.com, aka Vladimir Putin's favorite news outlet, sort of the OAN of the Russian Federation. Consider all this as you weigh the evidence. And have a nice day.