2020 gallery recap: Detroit landmarks and roads, and the slave owners they're named for

This repost from June 19 is the fourth in a daily countdown of 10 attention-worthy articles from this year. Links to earlier installments are at the end.

No matter how firmly he might be bolted to his base, these are nervous times for statues. We say “he” because the ones in question – the problematic ones – are all of men. We call them Founding Fathers and credit them with birthing the United States as a nation, but in recent days they’re being called to answer for other aspects of their lives, mainly as slave-owners.

With the removal of Christopher Columbus’ bust from Randolph Street this week, here's a short history lesson on some of the more notable names on street signs and plinths around Detroit. 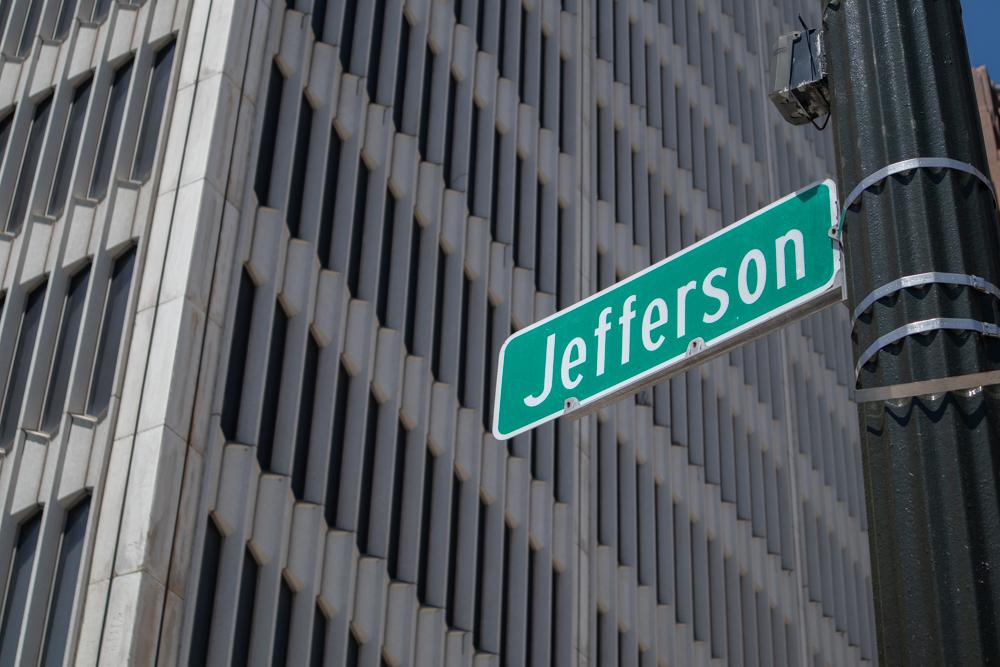 Starting with the big names, Thomas Jefferson almost needs no introduction. His longtime sexual relationship with Sally Hemings, an enslaved worker in his household, has been explored by academic and pop historians for years. According to Monticello.org:

Thomas Jefferson fathered at least six of Sally Hemings’s children. Four survived to adulthood and are mentioned in Jefferson’s plantation records: Beverly, Harriet, Madison, and Eston Hemings. Sally Hemings worked for two and a half years (1787-89) in Paris as a domestic servant and maid in Jefferson’s household.

While in Paris, where she was free, she negotiated with Jefferson to return to enslavement at Monticello in exchange for “extraordinary privileges” for herself and freedom for her unborn children. Decades later, Jefferson freed all of Sally Hemings’s children – Beverly and Harriet left Monticello in the early 1820s; Madison and Eston were freed in his will and left Monticello in 1826. Jefferson did not grant freedom to any other enslaved family unit. 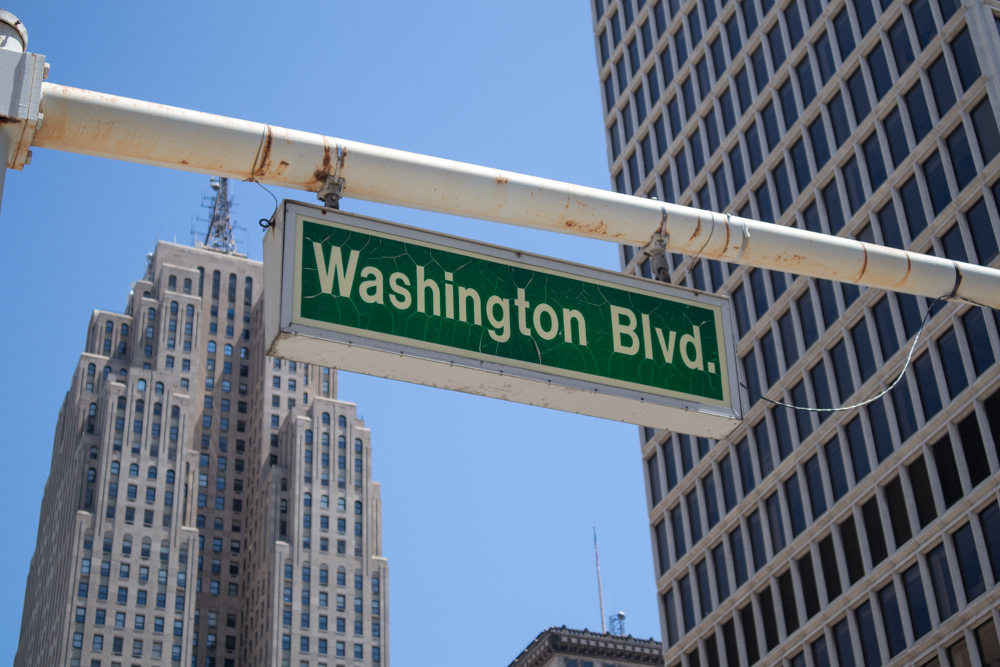 As for Washington, the country’s first president was a man of his times, as well.

His home, Mount Vernon, depended on slave labor to run. Again, from that landmark’s website:

As a young man, Washington accepted slavery, but after the Revolutionary War, he began to question it. Washington avoided the issue publicly, believing that bitter debates over slavery could tear apart the fragile nation. He made his most public antislavery statement after his death. In his will, Washington ordered that his slaves be freed at his wife’s death. Unfortunately, this applied to fewer than half of the people in bondage at Mount Vernon.

Those owned by the Custis estate were inherited by Martha Washington’s grandchildren after her death. Many Washington and Custis slaves had married and formed families together. For them, separation from loved ones tainted celebrations of newfound freedom.

These two streets meet in front of the TCF Center, only recently renamed and a place most Detroiters know simply as “Cobo.” That’s former mayor Albert Cobo, who served from 1950-57, and became known in later years for, as The Detroit News put it in 2017:

The Republican businessman has been heavily criticized for spearheading urban renewal projects that razed black neighborhoods. He was lambasted throughout his career by civil rights groups that accused him of moving too slowly in response to harassment and police brutality against the city’s black residents and for continuing the city’s longstanding housing segregation policy.

That’s a lot of history for one corner. Let’s head toward Greektown. 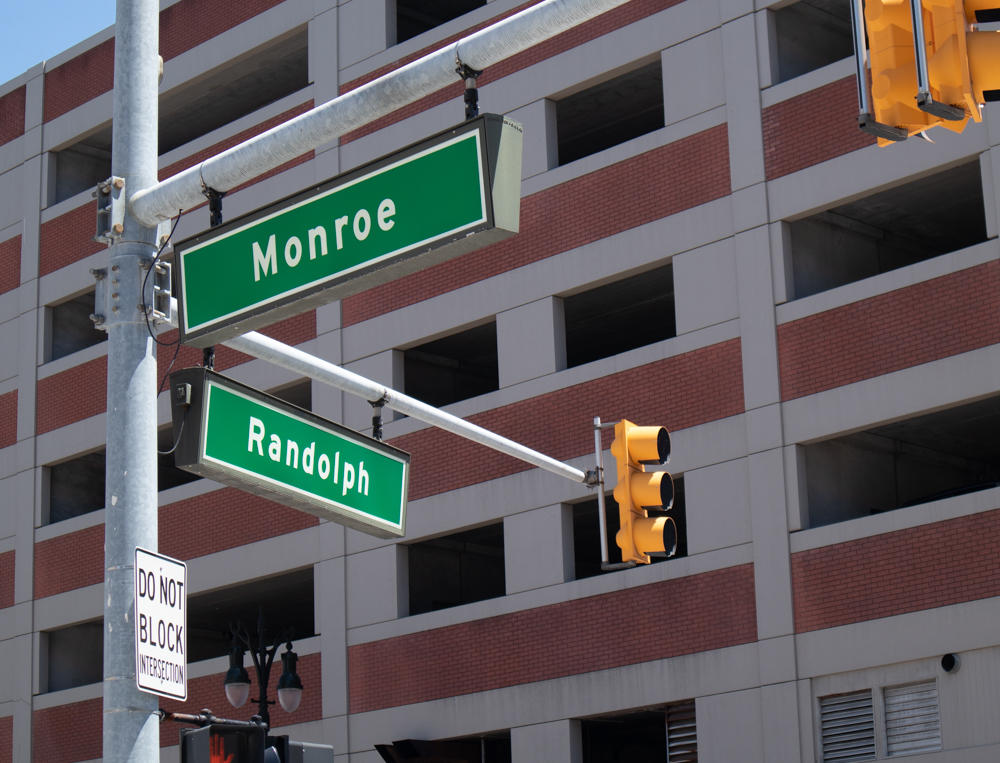 The main drag through Greektown is Monroe Street, named for the fifth president, who was born into a slaveholding household in 1758. Before his 1817-25 presidency, he was governor of Virginia, where a thwarted slave rebellion and its fallout was said to have been the beginning of a shift in Monroe’s attitudes toward slavery, although he continued to hold enslaved workers.

Ultimately, according to WhiteHouseHistory.org, his concern was more for the country than human beings:

Monroe was a nationalist, primarily concerned about preserving the republic. He recognized that slavery fostered sectional animosity, and these tensions were a persistent threat to a rather delicate Union. He believed that abolishing slavery was probably necessary to ensure the survival of the country.

On to its cross street, Randolph, where Columbus’ empty plinth now stands.

Though he was said to dislike slavery, he owned more than 5,000 acres of land with hundreds of slaves. Randolph maintained that the federal government had no constitutional right to legislate on the institution of slavery.

Randolph's will ordered that all his slaves be freed (318 in all), and provided for their maintenance in a free state.

Then there’s this guy: 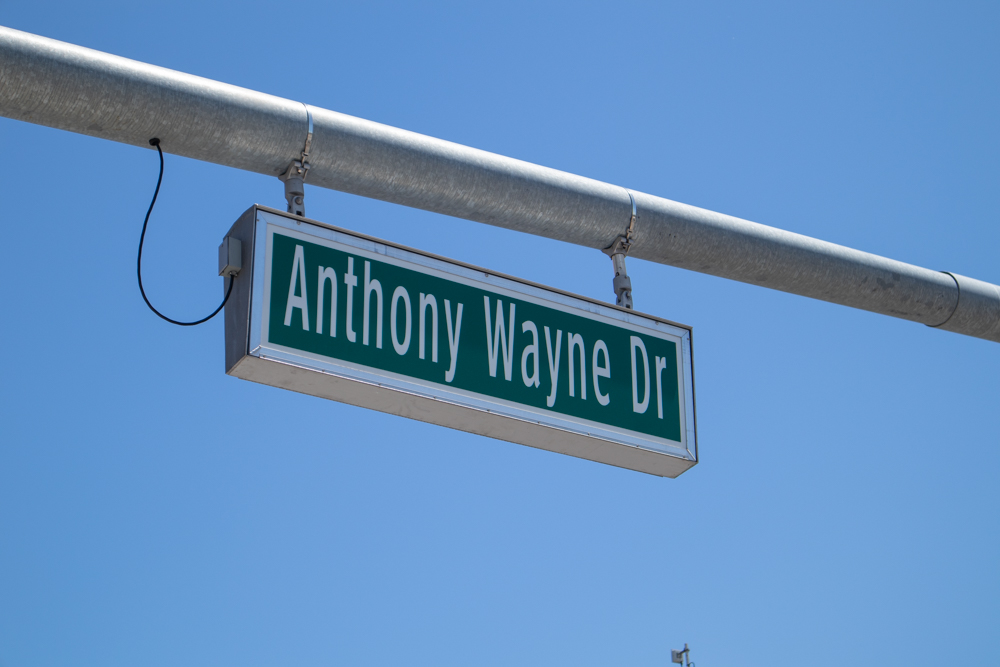 They didn’t call him Mad Anthony for nothing. Anthony Wayne, a native Pennsylvanian, made his name in the American Revolution, then rode to settle the west, which is what this region was at the time. Michigan, Indiana, Illinois and Ohio are loaded with sites named for him, along with one entire city – Fort Wayne, Indiana. He owned slaves, of course, but the people who are truly justified in tearing down any statuary that may stand in his honor would be Native Americans. He battled Indians as fiercely as the British (they were allies), most decisively at the Battle of Fallen Timbers, near Toledo.

Which brings us to Lewis Cass. 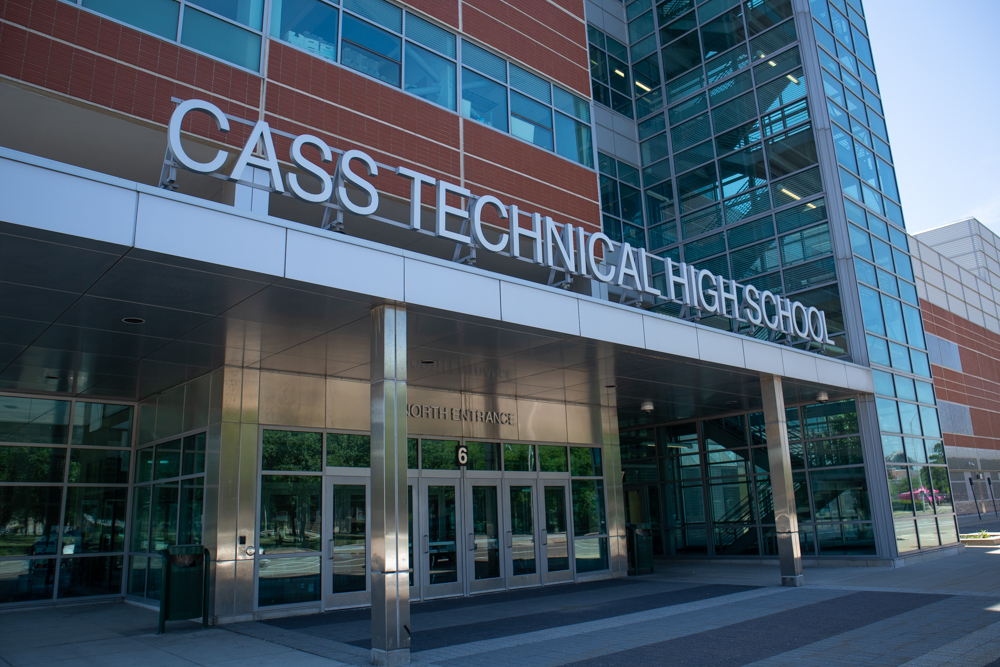 Generations of bright Detroit kids were and are fiercely attached to their alma mater, but it’s undeniable that Lewis Cass owned enslaved workers. The prospect of changing the name of the school comes up from time to time. It never gets too far; the school’s many illustrious alumni, who include Diana Ross, Ron Carter, Lily Tomlin, Jack White, Ellen Burstyn and others, have so far been successful in blocking it.

These few only scratch the surface. Many of the local founding families in Detroit were also slaveholders, as Bill McGraw explains in this piece. Most have streets named after them, and a few have their own statues – like Alexander Macomb, standing outside the Westin Book Cadillac.

Being enshrined in bronze says one thing, but it’s never the last word. The last word hasn’t been written. Until then, these statues should hang on tight to their bolts.