Starkman: Public Hearings Must Be Held on Beaumont Selling Out Michigan

It took me less than five minutes to appreciate why John Fox, the high-priced accountant overseeing Beaumont Health, is salivating to merge his hospital network into Advocate Aurora, one of the biggest health care systems in the country.

The proposed merger, coupled with damaging allegations regarding Beaumont’s behavior during the Covid-19 pandemic, demand that public hearings be held to review the transaction and provide a forum for Beaumont doctors, nurses, support staff and patients to air grievances and concerns about Fox’s primary focus on the almighty dollar.

That focus is what binds Fox to his counterpart at Advocate Aurora.

For five years, Advocate Aurora’s CEO Jim Skogsbergh was the highest paid hospital CEO in the Chicago area, where one of Advocate Aurora’s supposedly dual headquarters is located. In 2017, the latest compensation figures I can find, Skogsbergh pocketed $11.7 million, a 42-percent raise from the previous year. Skogsbergh’s windfall was more than twice the compensation of Chicagoland’s second-highest-paid CEO.

But, as they used to say on late-night infomercials, that’s not all. Advocate Aurora was created by the 2017 merger of Advocate Health in suburban Chicago and Aurora Health in Milwaukee. Skogsbergh, who oversaw Advocate, initially co-shared the CEO position with Aurora’s Nick Turkal, who in 2017 pulled down $11.4 million.

Turkal “retired” as CEO last July and that’s significant. Companies often make lofty promises about maintaining co-CEOs and dual headquarters to sell regulators and the public on a merger, but inevitably someone gets forced out. Beaumont supposedly will have its own CEO after the merger, but that person will just be hired help reporting to Skogsbergh. I’m doubtful it will be Fox given that he’s 72 based on a published profile and he put his West Bloomfield estate up for sale in September.

(Beaumont spokesman Mark Geary ignored my email seeking confirmation of Fox’s age and a dozen other questions. How interesting -- a spokesman who won’t speak, at least to me.)

A hospital chain needs to generate lots of Benjamins to pay Advocate Aurora’s outsized compensation, so let’s look at some of the company’s business practices.

An investigative report by Milwaukee’s local CBS station in February revealed that Aurora was exceptionally aggressive filing lawsuits against patients for unpaid bills, even small ones. Silly me, I’d expect a not-for-profit to be a tad more charitable than a for-profit hospital with regards to bill collections, but that’s not the case. After being outed, Aurora said it would discontinue its litigious bill collection tactics.

In December 2018, Aurora Health settled for $12 million Justice Department allegations that it filed false Medicare and Medicaid claims. Aurora either has much better lawyers, or they’re pikers compared to Beaumont when it comes to cheating the government. Beaumont in August 2018 settled with the Justice Department for $84.5 million for the same illegal practices. 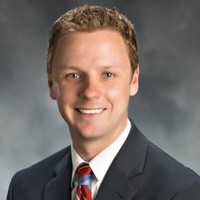 Beaumont’s proposed Advocate Aurora merger this week came out of left field. The company had a definitive agreement to acquire Ohio-based Summa Health. The deal had already been blessed by state and regulatory officials and integration plans reportedly were well underway. Suddenly, late last month Beaumont announced the deal had been terminated. “Proceeding with Summa was not the right decision for multiple reasons,” the company said.

“Hundreds of people at this organization have been working on the integration plan, the opportunities to grow together, to look for the synergies…I’ve got a pretty disappointed board, workforce (and) community,” Deveny told Bridge Magazine.

Fox has been singing the blues about Beaumont’s losses treating Covid-19 patients. The hospital administrator clearly resents having to treat patients based on medical needs, rather than potential revenue generation. Fox disclosed in The Washington Post that Beaumont has already received $75 million in federal bailout money, but he said the stimulus “is not even close” to making Beaumont whole.

The federal relief money was intended to prevent massive layoffs of health care staff.  Beaumont in April laid off 2,475 workers and permanently eliminated 450 jobs. The company is eligible for more no-strings-attached federal relief.

What Beaumont hasn’t publicly explained is why it needed taxpayer bailout money to begin with. The health care company reported a $2.3 billion reserve fund of cash and securities at year-end 2019. Hopefully, Beaumont will be able to utilize Advocate Aurora’s money managers. Despite a bull market, Beaumont in 2018 lost $93 million on its investments; Advocate Aurora last year realized $1 billion in gains on its reserves, bringing the “not-for-profit” company’s year-end stash to $9 billion.

Beaumont has some explaining to do on other issues. Channel 7’s Heather Catallo recently reported that a Covid-19 patient who died while being transferred from Beaumont’s Trenton facility to the VA hospital was listed as not stable for transfer.

Fox previously told reporters Beaumont didn’t transfer Covid patients to save money.  Catallo obtained an email from a Beaumont manager to Trenton staff saying, “John Fox went to Gretchen Whitmer and said Beaumont Health cannot sustain all the Covid patients because financially it will ruin our business…We are bleeding money out of our system.”

Beaumont spokesman Mark Geary told Catallo that Beaumont “worked with the state of Michigan to transfer patients to other health systems that had capacity and resources.” Whitmer’s press secretary denied Geary’s claim, saying “the state does not authorize patient transfers.” Kudos to Catallo for not trusting anything that Beaumont says. She deserves an Emmy for her dogged reporting on the company.

Michigan families have little, if any legal recourse, against Beaumont for its Covid-19 treatments because Whitmer has given health care workers immunity under the state’s Emergency Management Act. I’ll bet you the cost of a Beaumont colonoscopy that Fox lobbied for the legislation.

If Beaumont’s merger with Advocate Aurora has any meaningful benefits for Michigan residents, I can’t find them. Fox told reporters the deal will give the company more financial resources to make greater investments in patient care but offered no specifics. He also said the merger could result relocating Oakland University’s William Beaumont School of Medicine to Royal Oak from Auburn Hills. If that’s a meaningful benefit, why not tap into Beaumont’s reserves?

Far from certain is whether Fox plans to stick around. His five-year contract expired in March and there have been no announcements that it was renewed.  Fox last September put his West Bloomfield estate up for sale for $3 million. It’s still on the market, although on May 29 he reduced his asking price by eight percent to $2.7 million.

Spokesman Geary is on record as saying Fox has taken a 70 percent pay cut and will forgo a bonus this year. But delivering Beaumont into the clutches of Advocate Aurora could yield Fox a lucrative exit package and possibly a sweetheart “consulting” contract. Fox could be long gone from Michigan when these potential benefits come to light.

Beaumont employees and Michigan residents deserve some answers. Hearings should be held to determine whether the only benefit from Beaumont’s merger with Advocate Aurora is John Fox’s personal enrichment.

Eric Starkman can be reached at eric@starkmanapproved.com.