A 44-year-old driver seemingly went on a rampage Friday evening, hitting three pedestrians, cars and a tree in her minivan before she was stopped. 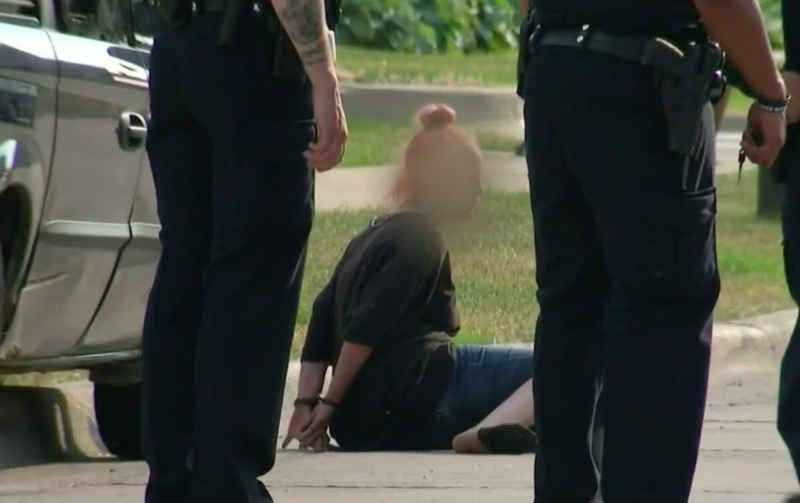 The driver after her arrest. (WDIV video)

The incident happened at Fourth and Peterboro in Midtown around 5:30 p.m. WDIV reports that the female driver, still unidentified, hit three young women, ages 28, 23 and 24, then drove onto a lawn, hitting cars, a sign and a tree, before she was stopped:

Rachael Smith recorded cell phone video of the incident. Smith is one of the many witnesses who saw the blue minivan run over three of her neighbors.

Moments later, the video shows one of the girls who was ran over running behind the woman in the van with a bat. Neighbors said the victim was trying to get the driver to stop. Police said that’s when the driver struck other vehicles in the area and a tree.

The three women were struck by the 2002 Dodge Caravan received minor injuries. The driver was hospitalized in temporary serious condition.