Choppers over BLM protests in Detroit were collecting surveillance video

As marchers poured into the streets in Black Lives Matter protests in Detroit and around the country in recent weeks, the Department of Homeland Security put drones, helicopters and planes in the air overhead, collecting hours of surveillance video. 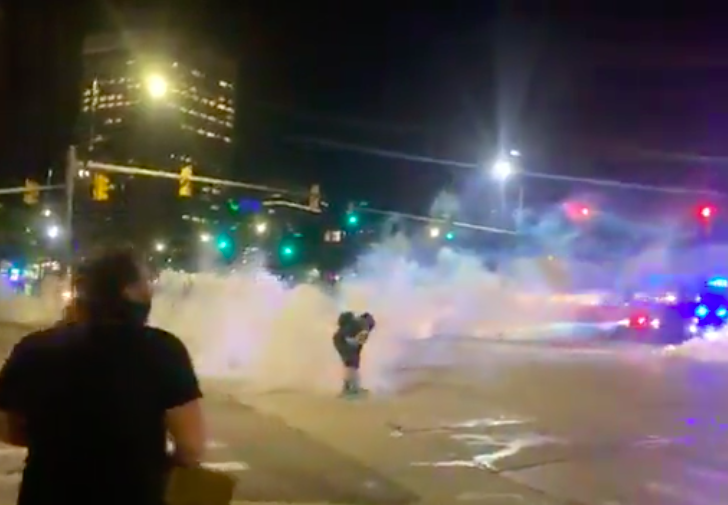 They collected the most data in Detroit, 58 hours' worth, via helicopter.

The New York Times reports the video was then uploaded to a digital data network known as "Big Pipe," maintained by DHS, for use in future investigations.

The revelations come amid a fierce national debate over police tactics and the role that federal law enforcement and military forces should play in controlling or monitoring demonstrations. The clearing of demonstrators from Lafayette Park in Washington for a presidential photo op is still under scrutiny. The Air Force inspector general is investigating whether the military improperly used a reconnaissance plane to monitor peaceful protesters in Washington and Minneapolis this month.

... Officials at the Customs and Border Protection base here rejected any notion that their fleet of aircraft had been misused, either to violate privacy rights or intimidate protesters.

... The aircraft, they said, were used to provide an eagle-eyed view of violent acts and arson. The Predator drone deployed to Minneapolis, like eight other unmanned aircraft owned by Air and Marine Operations, was neither armed nor equipped with facial recognition technology and flew at a height that made it impossible to identify individuals or license plates, according to senior officials here.

The use of helicopters to monitor crowds drew criticism after some pilots dropped their aircraft to low altitudes over protesting crowds in Washington, in what some called an intimidation tactic.

Data sent to "Big Pipe" can be saved by DHS for up to five years.