A crowd measuring in the hundreds gathered in Hart Plaza Saturday night, for several hours of testimony from individuals who said they were mistreated or brutalized in protests during the last three weeks. 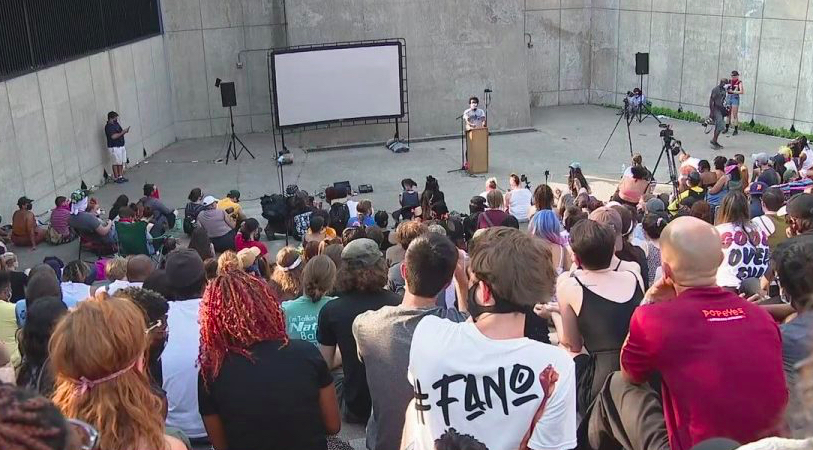 Convened by Detroit Will Breathe, a group that has been organizing nightly marches and protests, the "Public Tribunal" featured speakers and video segments that showed police-citizen interactions during the protests. The earliest events were sometimes confrontational, with dozens of arrests. But after the city called off a curfew, the marches have been less so. Police Chief James Craig said no arrests have been made in the last two weeks.

Leaders Tristan Taylor and Nakia-Renne Wallace want all charges and citations against protesters since the demonstrations began to be dropped. Speakers recounted their treatment by Detroit police and criticized Mayor Mike Duggan and Chief James Craig.

...A speaker from By Any Means Necessary called Duggan, Craig and Detroit police officers racist. He said Duggan needs to resign for allowing police to use tear gas.

He wants protesters to march in the streets tonight to encourage others to join in pleading for Duggan to step down. He also expressed his discomfort that Gov. Gretchen Whitmer allowed restaurants and bars to reopen.

Temperatures that reached 90 degrees didn't seem to deter the crowd, which was estimated at around 500.