Sheila Ford Hamp takes a handoff from her 94-year-old mother, Martha Firestone Ford, who passes the ball as Lions owner and chairman.

"Her smart decisions have given me a solid foundation to take the team forward," the daughter says in a team statement. "I look forward to leading the Lions to excellence on and off the field." 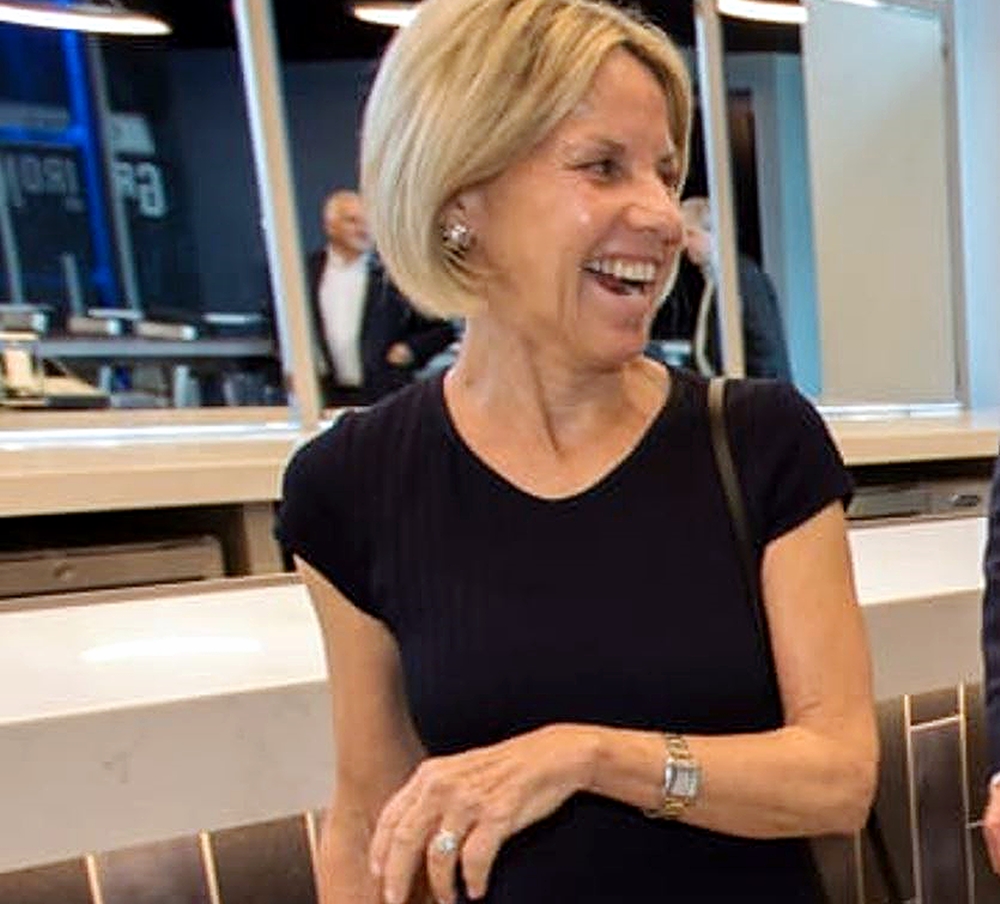 Ford Hamp has been a fixture in the organization, attending home and road games and taking part in key organizational decisions, since her mother took controlling interest in the team after William Clay Ford’s death in March of 2014. ...

Ford Hamp, who turned (or will turn) 69 this year, lives in Ann Arbor with her husband Steve and is the second-oldest of four children. She's one of three sisters of William Clay Ford Jr., executive chairman of Ford Motor Co.

[She] was a member of the groundbreaking group of students who were in the first class of women to graduate [in 1973] from Yale University, where she earned her Bachelor of Arts degree. While at Yale, she played varsity tennis. ...

Following her graduation from Yale, she earned her Masters of Arts degree in teaching and early childhood education from Boston University.