"And I'm-a be back for you the second that I blow
On everything I own, I'll make it on my own
Off to work I go back to this 8 Mile Road
"

In 2002, Eminem's fictional-but-not biopic "8 Mile" raised the road to mythic proportion. Visitors to Detroit insisted on seeing it. The locals shrugged their shoulders and drove their friends to M-102, its state-highway designation. If you have the time and the desire, you can follow it, with gaps, all the way to Whitmore Lake. But most visitors only want to see the part that runs from St. Clair Shores to Telegraph Road. The Detroit part. The interesting part.

Deadline Detroit photographer Michael Lucido took a drive down 8 Mile Road the other day to snap some photos on the Detroit and suburban side, and soak up the funk. 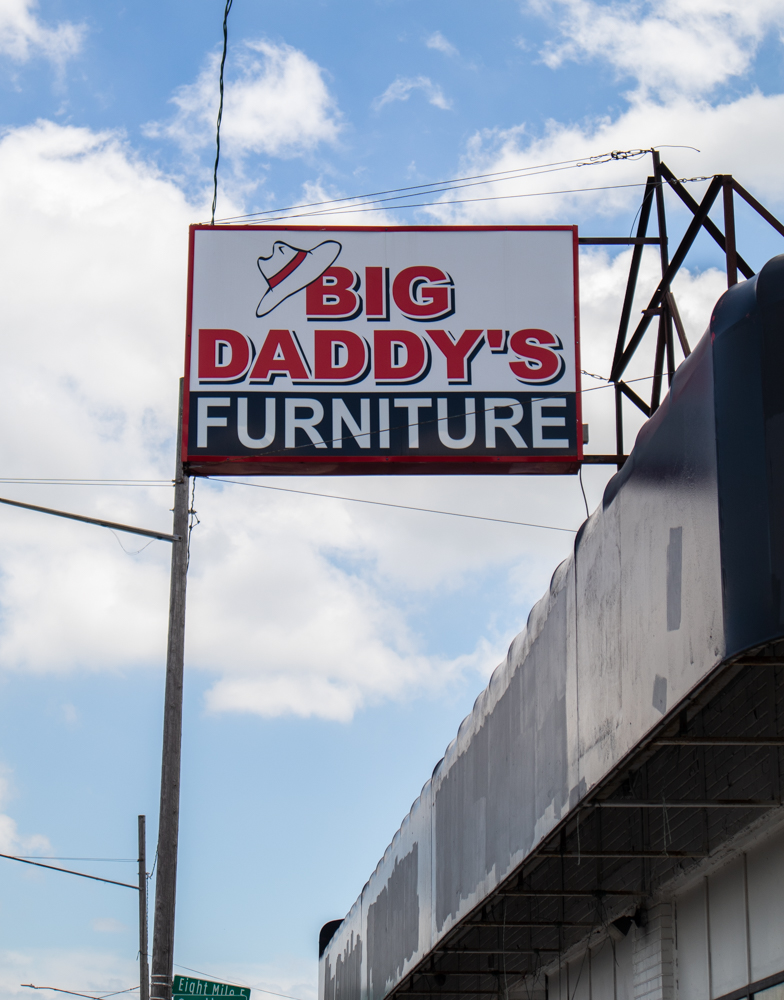 "Big Daddy's Furniture" has a hat, not a sofa, on its sign 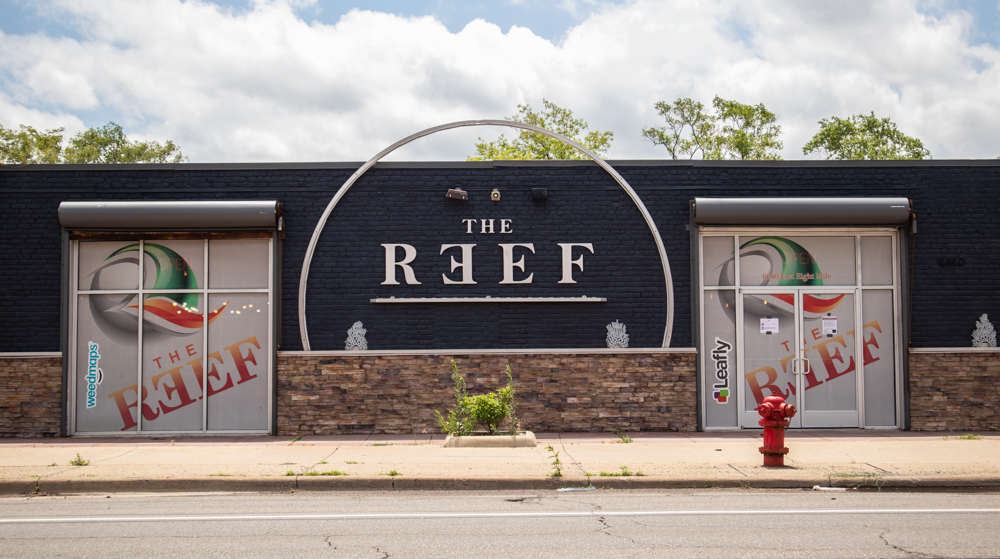 8 Mile is thick with marijuana dispensaries, including "The Reef," which features a giant fish tank 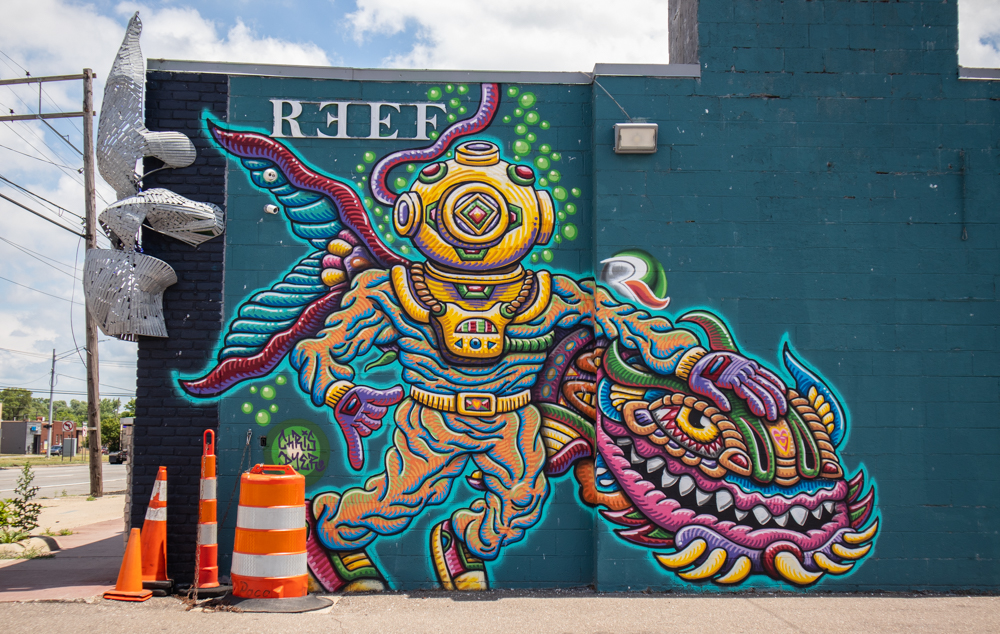 A mural by Chris Dyer, a Peruvian-Canadian artist, continues the theme 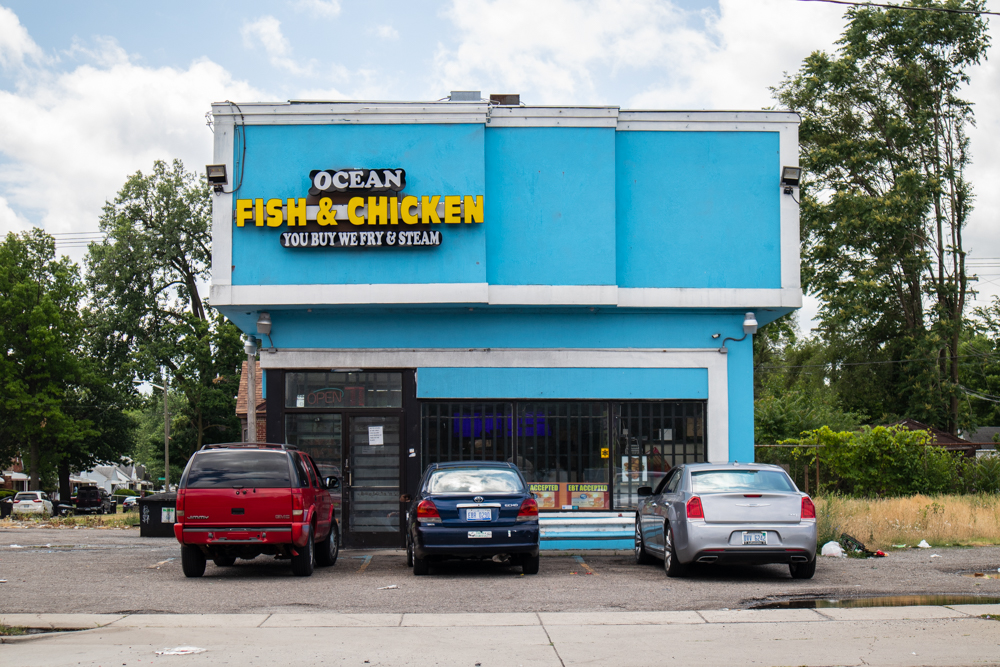 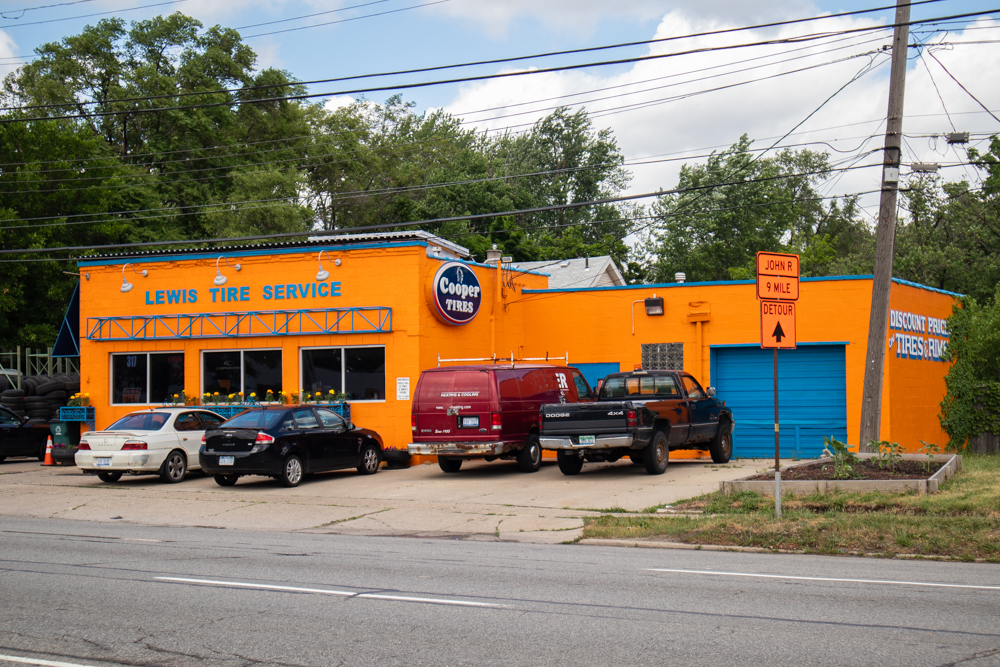 Traffic moves fast, and it pays for a business to be eye-catching. Lewis Tire Service does so with its orange color scheme. 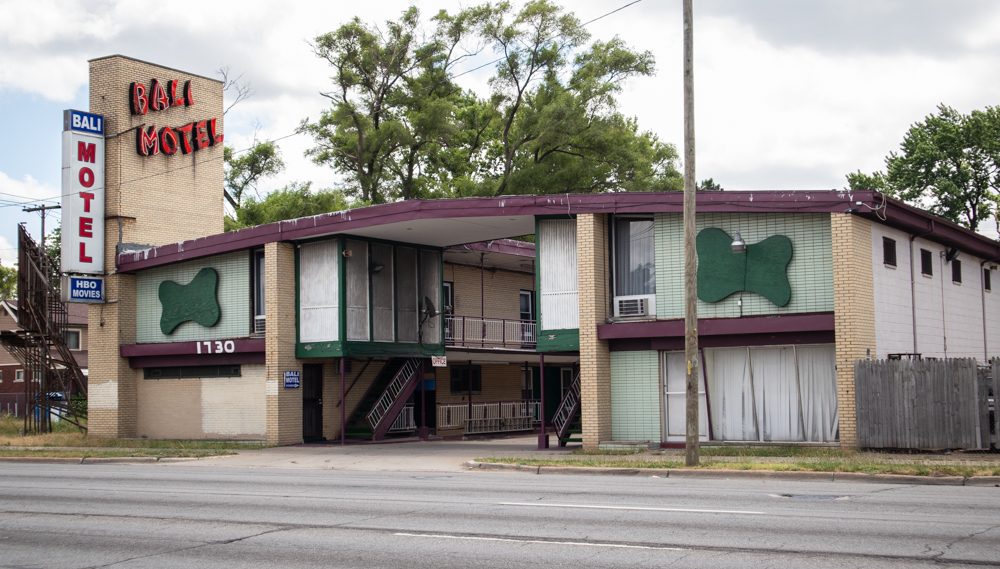 Quick show of hands: Does anyone choose the Bali Motel for its "HBO Movies?" 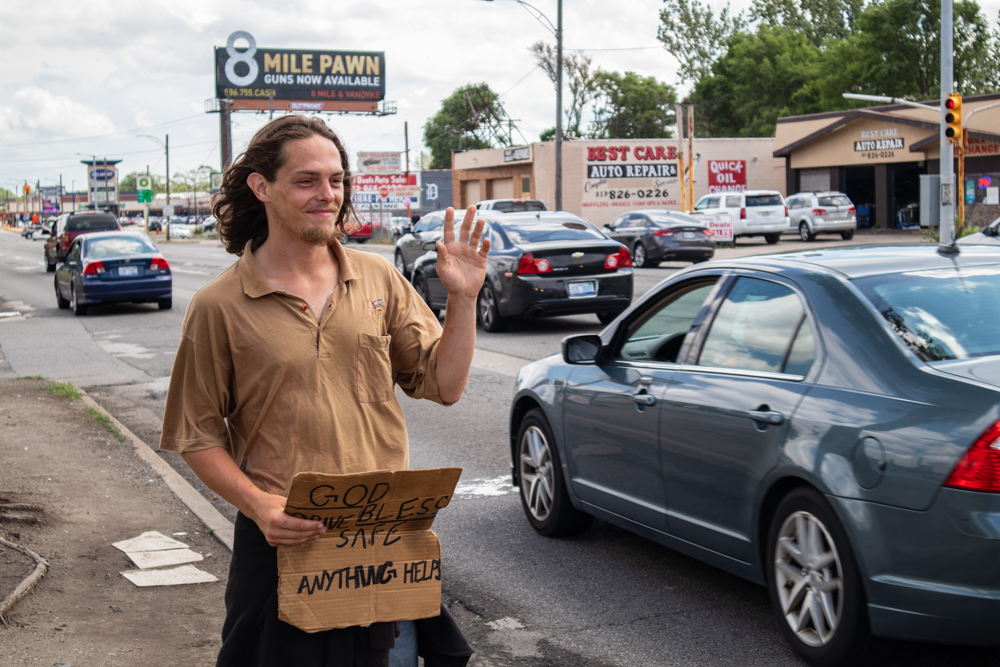 Daniel McDonald panhandles in the median. 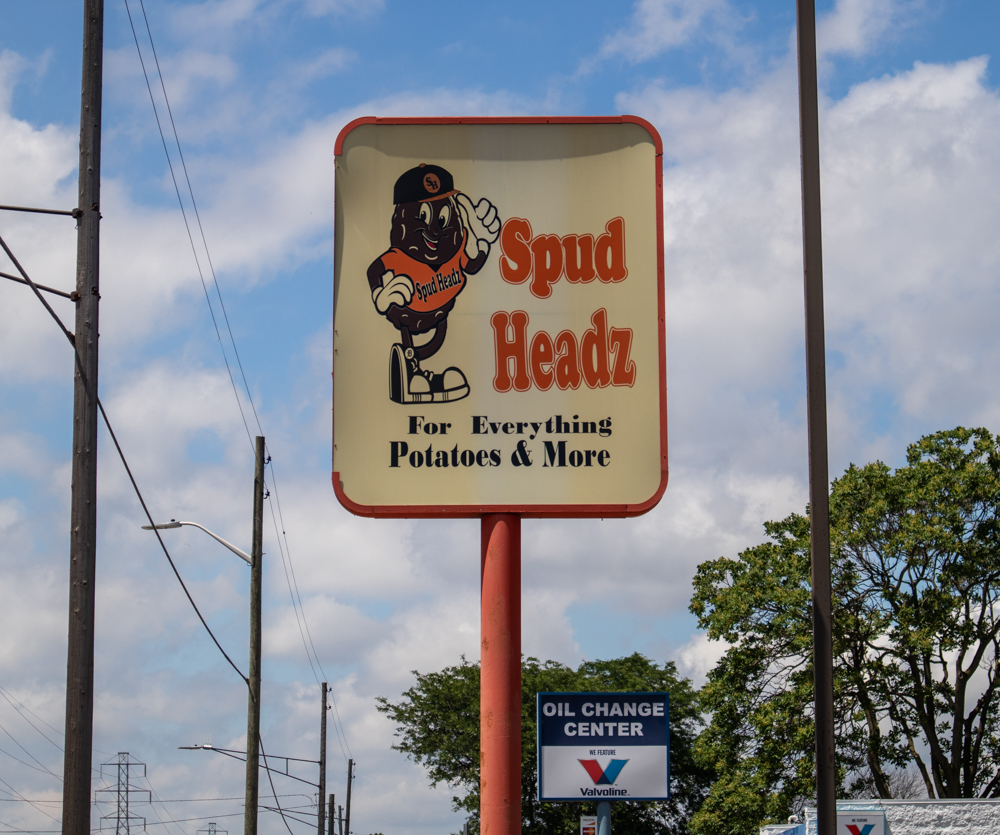 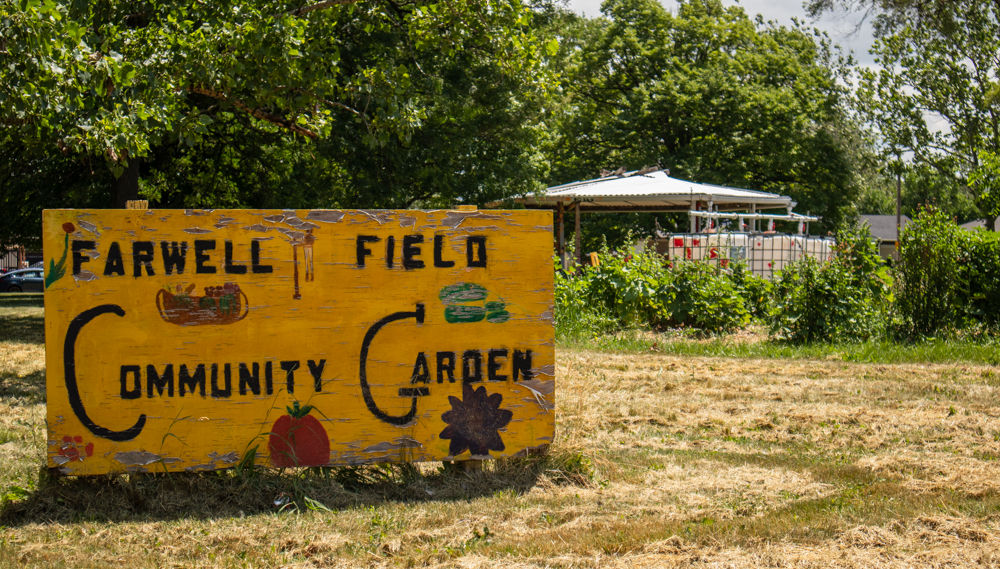 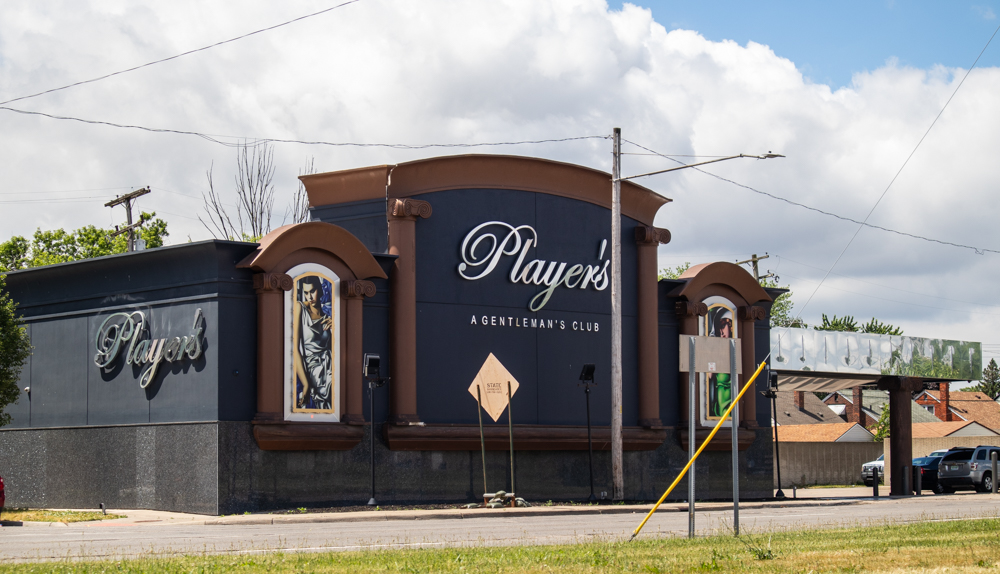 Player's is typical of strip clubs on the 8 Mile strip -- big, flashy and absolutely no windows. 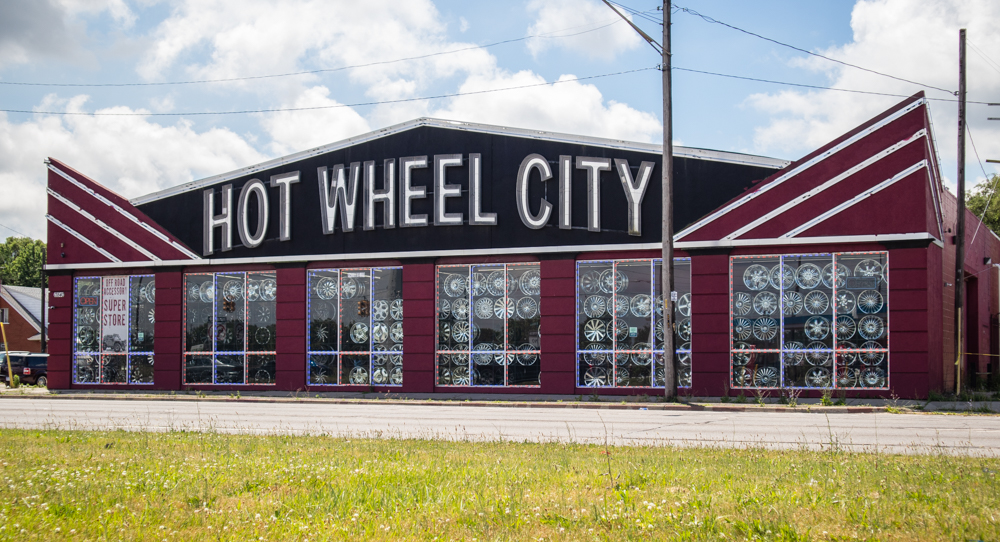 Hot Wheel City is one of those businesses you really need to see after dark, when the neon lights up 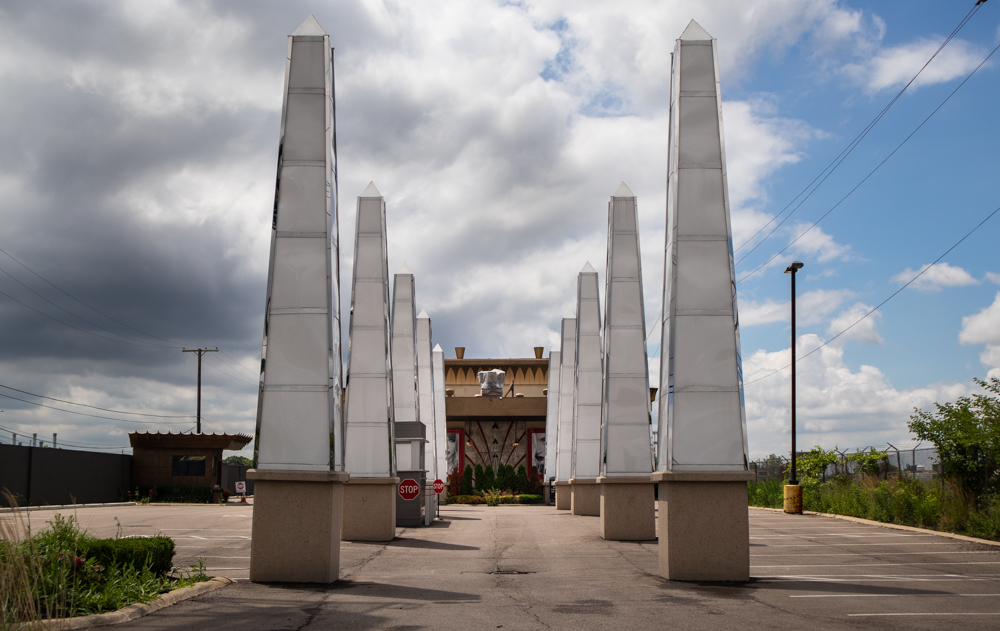 A row of obelisks welcomes you to the Coliseum, another temple devoted to the worship of female flesh 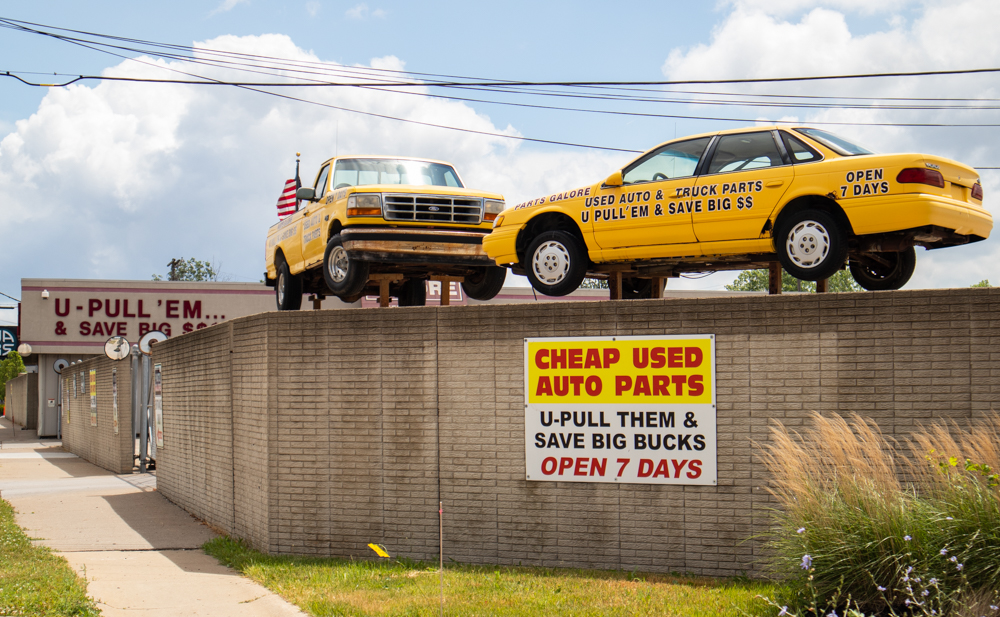 Bring some tools and save some money at Parts Galore 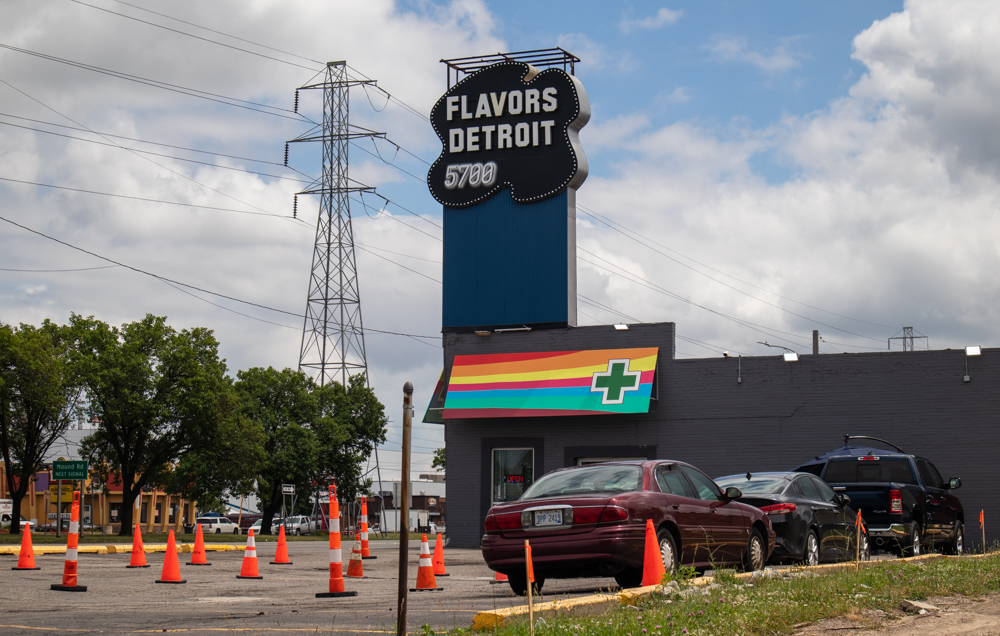 Smoke the rainbow after a stop at Flavors Detroit, a marijuana dispensary

In an unending Michigan winter, this mural on the side of a Salvation Army retail center really pops. Rahmaan Statik is the artist. 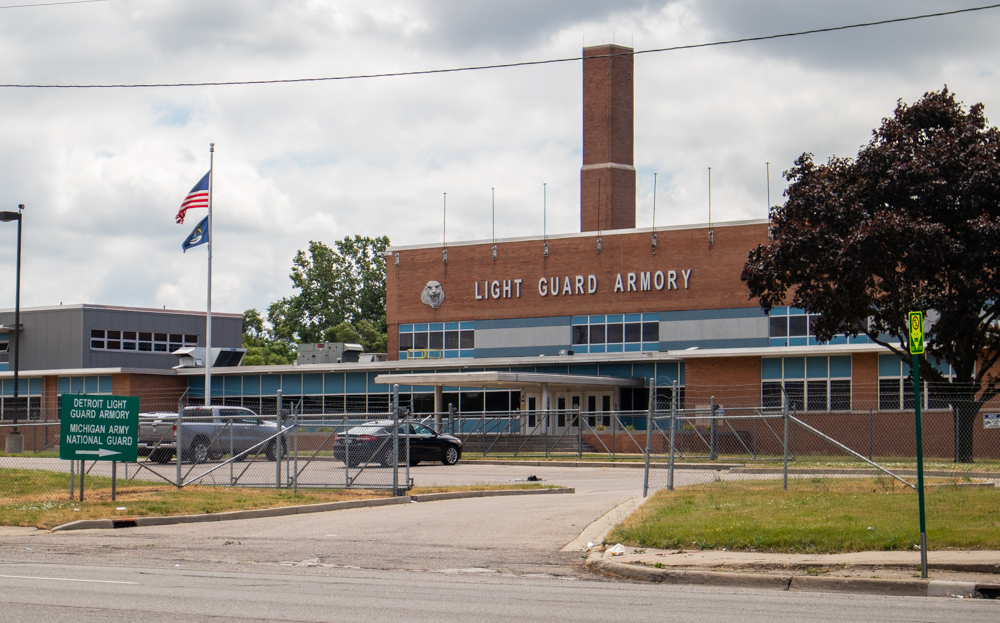 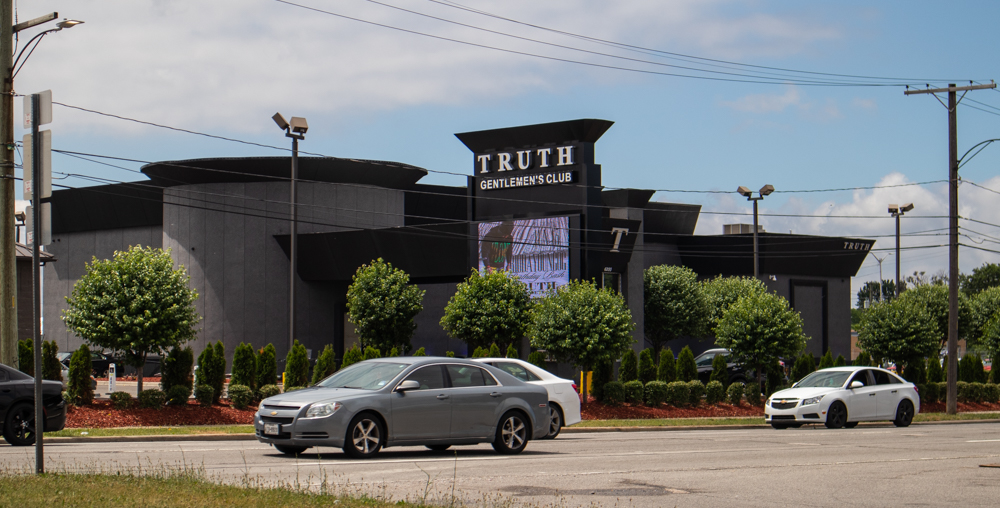 They could use another sign: "Stormy Daniels stripped here." 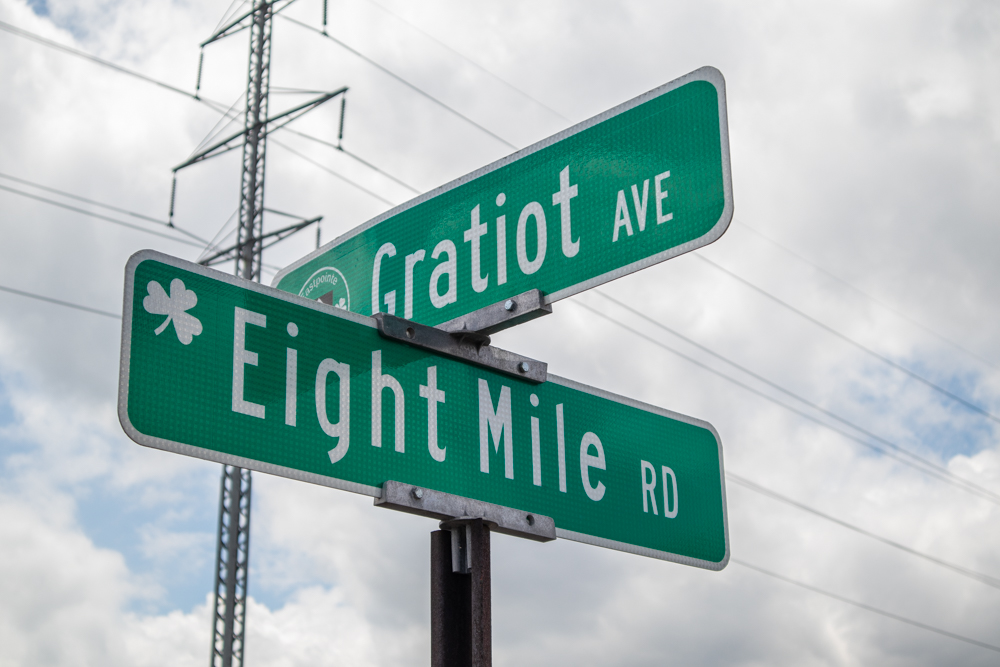 The high-tension wires that run down the median are as much a part of the 8 Mile landscape as party stores. 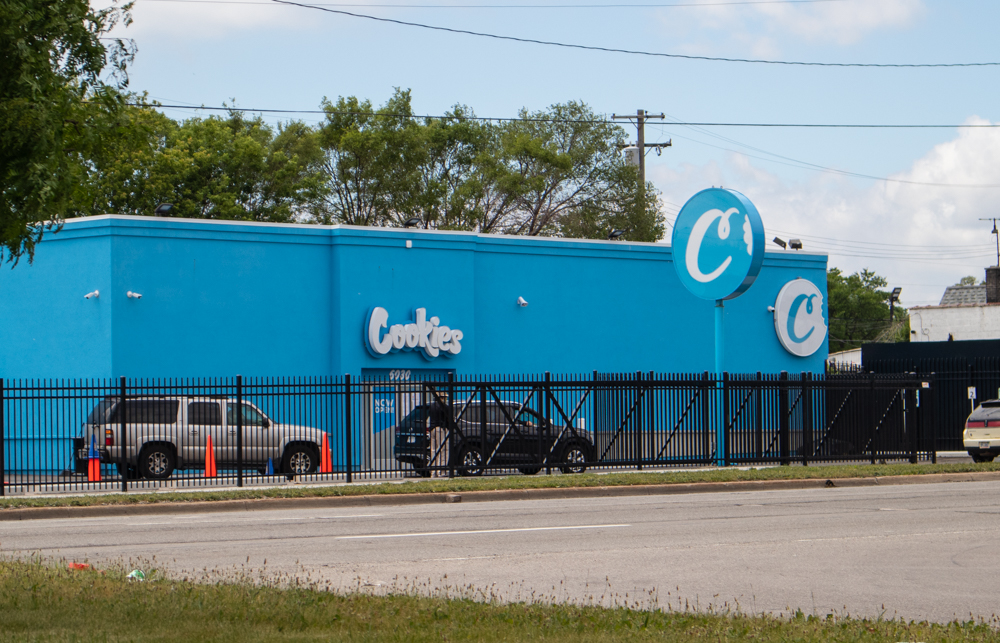 What would 8 Mile be without cannabis? A lot lonelier. Cookies has something for what ails you.