Sayanora Martha Ford -- remember when you bribed Detroit Lions players not to kneel? 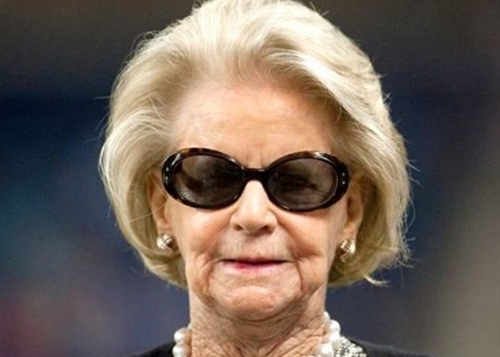 Martha Ford is out the door as Lions owner at an apparently opportune moment politically, because Deadspin reminds us she may not be the woman for this time.

Ford's six-year reign was marked by the very questionable decision to fire Jim Caldwell, who was decent and the team's first and only Black head coach, and replace him with Matt Patricia, who is terrible at his job and had previously been accused of sexual assault. Ford has let Patricia keep his job after several very bad seasons.

But perhaps more insensitively, in an episode you may have forgotten, Ford once asked players not to kneel as part of an ongoing protest of racial injustice, telling them she'd donate to their causes if they agreed.

That was 2017, as the Black Lives Matter movement lost some momentum following the election of Donald Trump. Imagine her response when players likely resurrect taking a knee in 2020 after the summer we've had. Perhaps best for her to go before possible calls for her resignation.