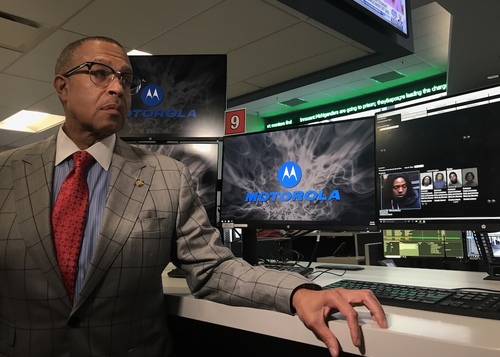 Civil liberties advocates have for two years fought the Detroit Police Department over its use of facial recognition technology, arguing it misidentifies Black faces and can lead to wrongful arrests. The department has pushed back, saying that while the system does indeed drum up many faces that don't correspond with a suspect's, a technician verifies the results and then forwards the presumptive match on to investigators only as a lead.

A new complaint filed by the ACLU suggests that system may not be foolproof: Detroit police allegeldy wrongfully arrested a Black man who was misidentified as the suspect in a 2018 theft at Shinola in Midtown.

From the Associated Press:

The complaint by Robert Williams is a rare challenge from someone who not only experienced an erroneous face recognition hit, but was able to discover that it was responsible for his subsequent legal troubles.

The Wednesday complaint filed on Williams’ behalf alleges that his Michigan driver license photo — kept in a statewide image repository — was incorrectly flagged as a likely match to a shoplifting suspect. Investigators had scanned grainy surveillance camera footage...

That led to what Williams describes as a humiliating January arrest in front of his wife and young daughters on their front lawn in the Detroit suburb of Farmington Hills.

Williams, 42, is seeking a public apology, dismissal of his case, and for Detroit police to end their use of the software, according to the AP.

DPD has been using the techonology through a $1-million contract with DataWorks Plus that will soon expire. It's under consideration for renewal by city council.