Duggan defends Detroit's use of facial recognition after wrongful arrest 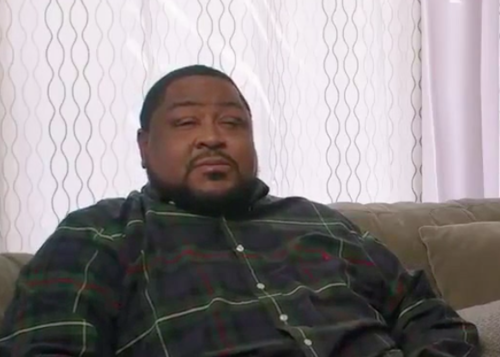 Detroit Mayor Mike Duggan is defending the city's use of facial recognition technology in the wake of the wrongful arrest of a Black man who was misidentified, arguing rules put in place since the incident will prevent future problems.

Robert Williams, a 42-year-old from Farmington Hills, was arrested by Detroit police last year after the technology produced his image as a potential match for a shoplifting suspect at the Shinola watch store.

Williams is now calling for the city to end its use of facial recognition. A complaint to the department's oversight board was filed on his behalf by the ACLU this week.

The technology, purchased under contract by the department three years ago, has stirred controversy for its tendency to misidentify people of color and reinforce biases in policing. Detroit is 80-percent Black.

In a Thursday news conference, Duggan blamed the wrongful arrest on human error — more specifically, "subpar" police work. Detectives used a security guard who was not in the store for the crime as a witness, lining up Williams' and several other men's images and having him point to a match. The prosecutor's office, Duggan said, should not have considered that sufficient evidence to issue a warrant.

The officers investigating the Shinola theft used a Michigan State Police database that contained Williams' license photo, Duggan said. Williams does not have a criminal history.

Williams' charges have since been dropped and the department says it's aiming to expunge his record. An investigation was only launched into the officer yesterday, after the public became aware of the case.

The officers' actions are under review, Duggan and Police Chief James Craig said. The department did not immediately respond to a request for additional details.

Failing to follow guidelines for the techonology's use became a fireable offense last September, Duggan said. Under the rules adopted then, facial recognition can only be used in violent crimes; a match is only a lead and additional evidence must be gathered for an arrest; two analysts and a supervisor have to independently confirm potential matches before they're sent to investigators; and video images must be more clear than the reportedly grainy footage taken from inside the Shinola store.

"Our police have promised they will do investigations based on facial recognition technology but the investigation that happened here just shows that once they’ve got someone in their targets, it frames and informs everything the officers do subsequently," said Victoria Burton-Harris, Williams' lawyer.

DPD has been using the techonology through a $1-million contract with DataWorks Plus that expires in July. It's under consideration for renewal by city council.