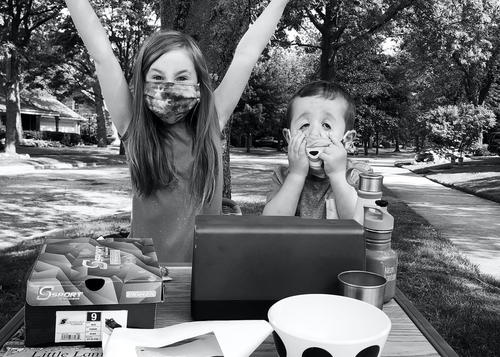 Seven-year-old Isla Fenster wanted to clear out some of the toys and books she's outgrown. She tried to give them to people in her Huntington Woods neighborhood, but they insisted on paying -- and quite a lot. By Sunday, Isla netted more than $500.

After briefly considering keeping the haul, she went with her parents' suggestion to donate to a worthy cause.

"We tried to boil it down to a digested kid version," said her father, Bryan. "We explained how Black and brown people were not treated the same as white people and we have a responsibility to look out for each other and help people."