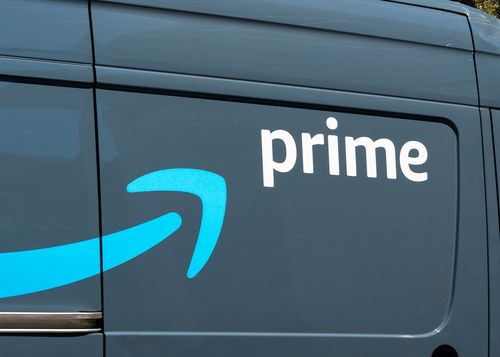 A 22-year-old from metro Detroit has become an internet sensation after  abandoning his delivery job at Amazon in the middle of a shift Tuesday. We're talking truck-left-at-random-location-with-the-keys-still-in-the-ignition abandoment.

"I quit amazon fuck that driving shit i left the van on 12 mile and Southfield y’all can have that bitch and it’s full of gas wit the keys in the IGNITION," @_lilderick wrote just before 3 p.m., in a tweet that accumulated 220,000 likes within six hours.

Lil Derick, whose real name is Derick Lancaster, told the Detroit News he left the company, which is notorious for its poor treatment of workers, because he was overworked:

Lancaster said he had been working for the company for five months and was based out of Amazon’s Hazel Park delivery station. After starting with a position in the warehouse, he switched to delivery. His route included stops in Royal Oak, Southfield and Troy.

The money for warehouse work was good, he added, but “you work for every penny when you're delivering.”

He explained warehouse workers have a set schedule and can go home when their shifts are over, but delivery drivers can’t knock off for the day until all of their packages have made it to their destinations.

The truck was full of packages, leaving some apparently concerned about whether they'd get their stuff. Though this seems like the wrong takeaway (we're sure Amazon will reimburse you and that you'll be alright waiting an extra day or two for that book on white fragility), Lancaster says the packages are probably fine.

“They’re going to get them regardless,” he said.

And as far as he knows, he said, the van was returned to Amazon. “They have trackers on the trucks, so it’s not like someone could just take off with it.”