Detroit's 2020 Jazz Festival Will be Broadcast Virtually, Minus a Live Audience 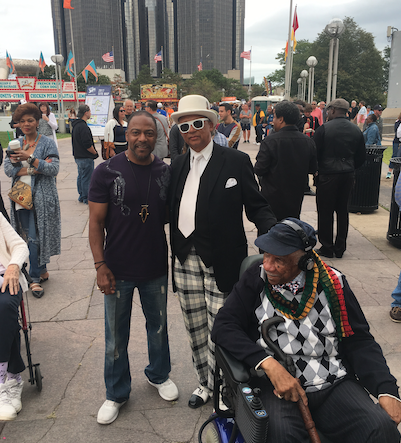 Yes, the show must go on.

The Detroit Jazz Festival is a go on Labor Day Weekend. It will be broadcast virtually on different platforms, minus a live audience, because of pandemic concerns, the city announced Wednesday.

The 41st annual festival will run from Friday, Sept. 4 to Monday, Sept. 7. The presenting sponsor is Dan Gilbert's Rocket Mortgage.

The performances, mostly comprised of local Detroit talent, will be streamed or broadcast live from three indoor stages at the Detroit Marriott at the Renaissance Center. The live shows will be closed to the public.

"Our new theme for this year's festival is 'safe, live, free for everyone,'" Christopher Collins, president and artistic director of the festival, said at a Wednesday press conference. "Public programming includes our traditional opening night followed by eight to 10 hours per day of live, real-time continuous jazz performances and programming."

He said "extensive health and safety protocols" have been developed to assure the safety of the artist on and off stage.

The lineup for this year will soon be announced and shown here.

“The Detroit Jazz Festival is one of our city's most popular events, and we're thrilled to know that this 41-year tradition will continue this summer -- safely and with a spotlight on our world-class local artists," Mayor Mike Duggan said.