Brandishing a firearm is illegal and a viral video of angry gun-pointing has consequences.

Oakland County's prosecutor filed charges against a woman who drew her loaded gun during an argument outside a Chipotle restaurant, and also against her husband, who was behind the wheel of their van. 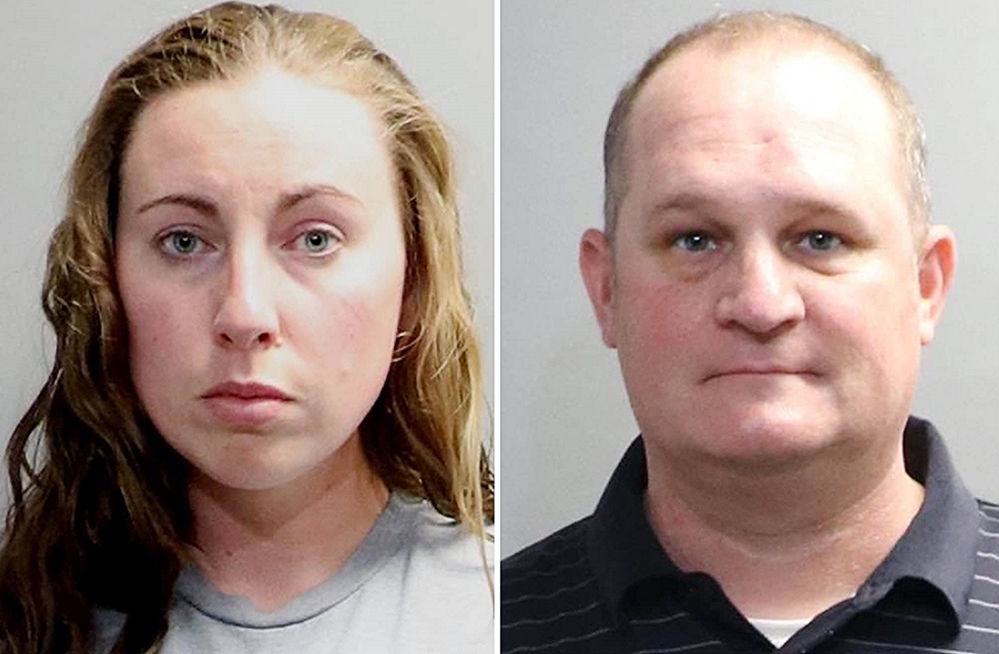 "As part of the bond conditions, they must turn over all firearms, not engage in any assaultive behavior and may not leave the state," sheriff's officials said.

The incident stemmed from a bump and lack of apology, according to Bouchard. "Let's have a little more tolerance for each other and not being so quick to react," Bouchard said. "If someone is doing something improper or unfair, I tell my family and friends to look away. This is not the moment to plant your flag."

Our original post below describes what escalated into an alleged crime. This short video of the scary scene has over 13 million viewings on Twitter as of Thursday night. It's shared 130,000 times and draws nearly 10,000 comments.

Oakland County Executive David Coulter said he's "deeply disturbed" by what happened. "This behavior is unacceptable," he said in a statement.

The Summer of Angry White Women is off to a blistering start, and Metro Detroit showed up strong Wednesday, when a woman aimed a handgun at a Black mother in a Orion Township Chipotle parking lot. 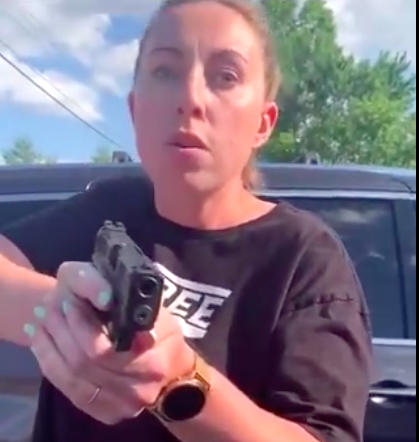 Takelia Hill, who is Black, said her daughter was allegedly bumped by the woman, who is white, before entering the fast food restaurant in Orion Township at about 8 p.m. The daughter said she asked the woman for an apology and said the woman began yelling at her.

“Before I could walk into Chipotle, this woman was coming out and I had moved out the way so she can walk out," said Makayla Green. “She bumped me and I said, 'Excuse you.' And then she started cussing me out and saying things like I was invading her personal space.”

Things escalated from there, and soon the white woman had a semiautomatic handgun drawn and pointing at Hill, who of course began recording.

Earlier in the altercation, before the gun was drawn, the woman is heard explaining herself:

From the passenger seat, as Hill asks the woman why she bumped her daughter, the woman says through the rolled down passenger-side window: "You cannot just walk around calling white people racist ... White people aren't racist ... I care about you and I’m sorry if you had an incident that has made someone make you feel like that. No one is racist ..."

The Oakland County Sheriff's Office was called, but it's unknown if any action was taken.