Such stops, criticized as "driving while Black" pretexts to investigate selected drivers, "can result in disparate outcomes for some members of our community," Lansing Chief Daryl Green says in Wednesday's two-page directive to all employees. "All traffic stops should be conducted in a bias-free manner." 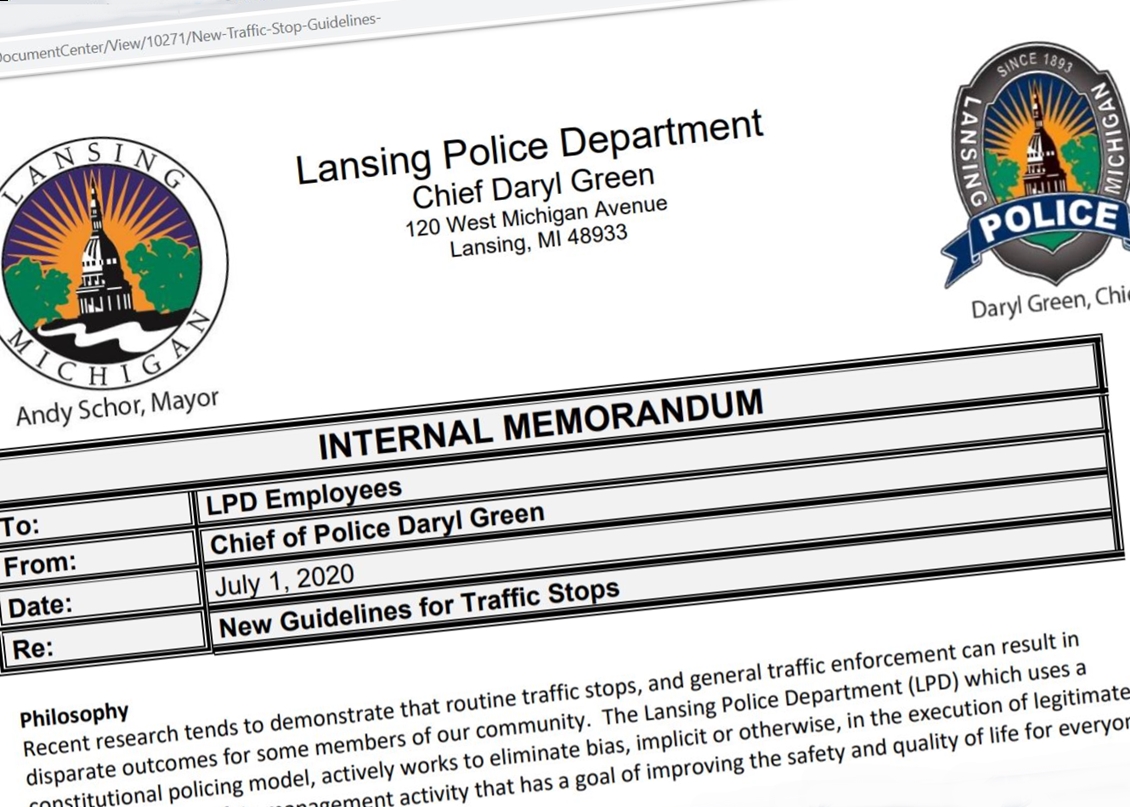 Wednesday's directive from the boss.

To move closer to that goal, he stresses that "officers must have a lawful reason, coupled with the use of good judgment, when making a traffic stop." 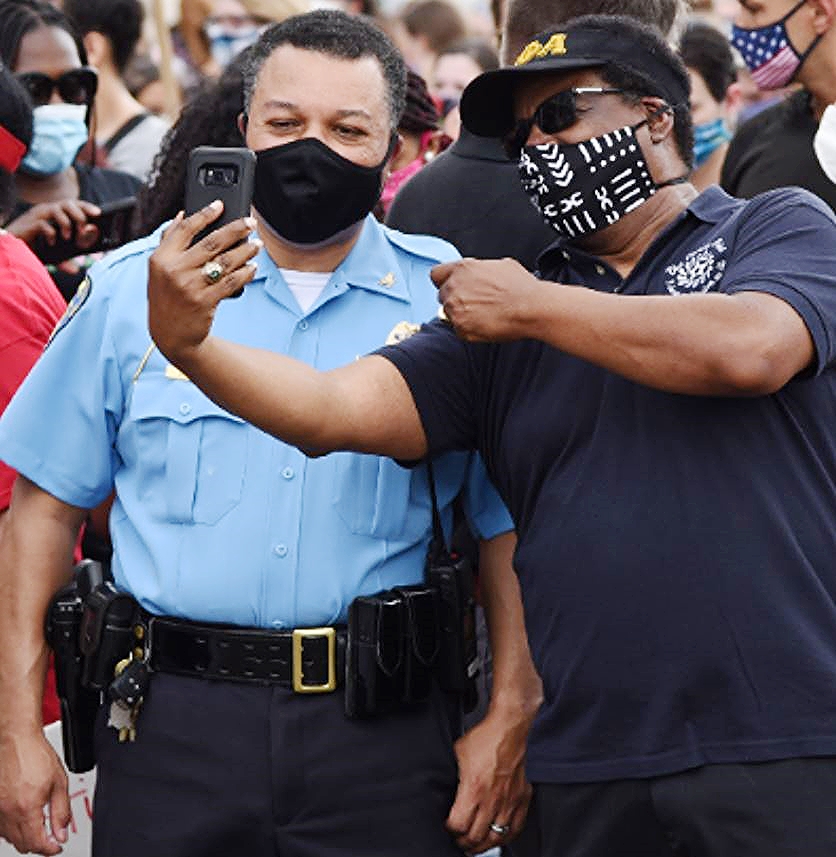 "Indiscriminate checking of license plates ... is prohibited," writes Daryl Green, shown posing at a "We Are Done Dying" march to the Capitol on June 10. (Photo: Lansing Police Department)

"Indiscriminate checking of license plates through the use of LEIN [Law Enforcement Information Network] is prohibited without an articulable and non-bias public safety reason."

Under a "Philosophy" subhead, his memo begins:

Recent research tends to demonstrate that routine traffic stops, and general traffic enforcement can result in disparate outcomes for some members of our community. The Lansing Police Department (LPD) which uses a constitutional policing model, actively works to eliminate bias, implicit or otherwise, in the execution of legitimate and lawful traffic safety management activity that has a goal of improving the safety and quality of life for everyone. ...

Supervisors will continue to ensure that officers do not engage in discriminatory traffic stops.

Green reinforces his message in the last of seven sections -- "Compliance and Accountability" -- with a reality check for officers and their Fraternal Order of Police Lodge 141 union:

Violations of these guidelines subject an employee to discipline. Based on the circumstances of a violation, the discipline may include an educational-based disciplinary action or any additional or remedial training. Also, severe or continuous violations may result in discipline within or outside the usual and customary disciplinary matrix.

The chief joined Lansing's force in 1997, rose to captain and was sworn in to the top job last August. Green has a public administration doctorate from Western Michigan University ('13) and a master's degree in crininal justice and police science from Michigan State University ('04).