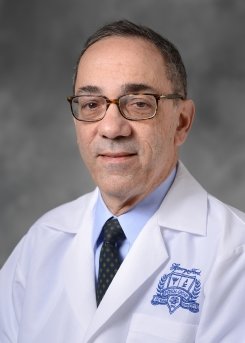 Hydroxychloroquine, a controversial drug President Donald Trump has promoted, cut the death rate significantly in sick patients hospitalized with Covid -- and without heart-related side-effects, according to a study published by Henry Ford Health System.

An analysis of 2,541 patients hospitalized between March 10 and May 2 in Henry Ford Health System's  six hospitals found that 13 percent of those treated with hydroxychloroquine alone died compared to 26.4 percent who were not treated with the drug, according to a hospital press release.

None of the patients had documented serious heart abnormalities, the study said. However, patients who were monitored for a heart condition routinely gave reason to avoid the drug as a treatment for Covid. The study was published Thursday in the International Journal of Infectious Diseases.

According to the study, the vast majority of patients received the drug soon after admission: 82 perdent within 24 hours and 91 percent within 48 hours. All patients in the study were 18 or over with a median age of 64 years. Of that group, 51 percent were men and 56 percent African American.

Some previous studies had shown no benefit.

“The findings have been highly analyzed and peer-reviewed,” said Dr. Marcus Zervos, division head of Infectious Disease for Henry Ford Health System, who co-authored the study with Henry Ford epidemiologist Dr. Samia Arshad. “We attribute our findings that differ from other studies to early treatment, and part of a combination of interventions that were done in supportive care of patients, including careful cardiac monitoring."

"Our dosing also differed from other studies not showing a benefit of the drug. And other studies are either not peer reviewed, have limited numbers of patients, different patient populations or other differences from our patients.”

President Trump shocked some people when he disclosed he was taking the drug as a poreventive step. "I’m taking it, hydroxychloroquine. Right now, yeah. Couple of weeks ago, I started taking it. Cause I think it’s good, I’ve heard a lot of good stories," he said in May.