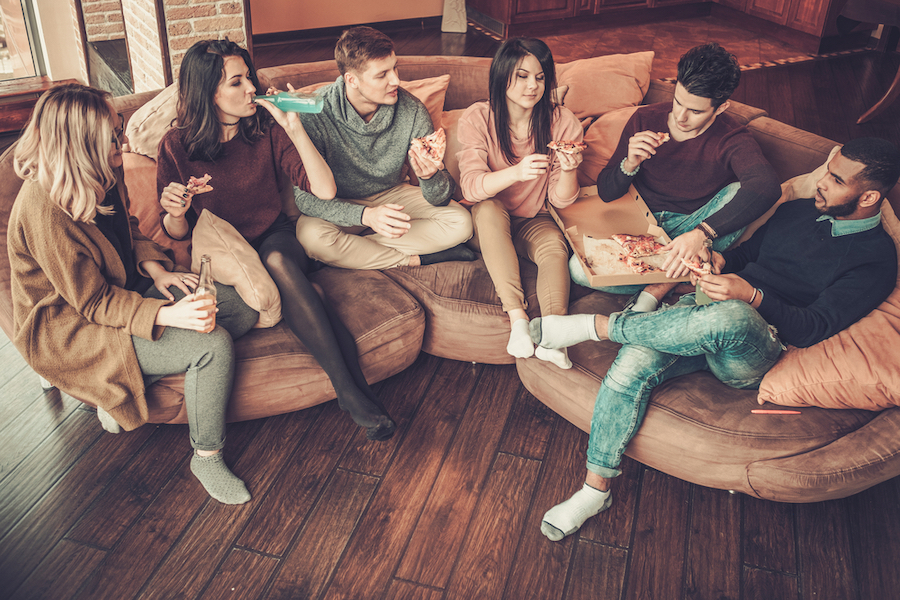 You don’t need to be clairvoyant to realize the idea of resuming in-person classes this fall at universities like Michigan, Michigan State, Central and Northern Michigan is a recipe fot disaster.

Look no further than Harper’s Restaurant & Brew Pub in downtown East Lansing. The popular spot, just steps away from the MSU campus, has been linked to nearly 160 Covid cases in the state.

Parties, booze, drugs, late night pizza orders and hooking up. Those are the extracurricular activities for scores of college students. Social distancing in the classroom will be the least of a university’s worries.

Don't get me wrong. Many older adults have proven to be downright reckless by refusing to social distance and wear masks. In fact, not all the people who contracted Covid at the East Lansing bar were college-age.

Still, the prognosis for the fall is not good. How can the universities ignore that? Do they not believe in science?

Dr. Anthony Fauci predicts a second wave of Covid, which could be far worse than the first. Of course, that's assuming we ever get past the first. Michigan's cases are climbing. On Friday, the state recorded 464 new cases, though it pales in comparison to Florida, which had more than 10,000 new cases Thursday.

So, in all likelihood, there will be major outbreaks of Covid on campus in the fall, and before too long, Johnny and Jimmy and Judy and Jeannette will be packing their bags in the middle of the semester and heading home to mom and dad.

Students will end up doing what they should have from the beginning: Taking fall classes online.

How far fetched is that scenario?

At least 80 students living in a dozen fraternity houses just north of the University of Washington campus in Seattle have reported testing positive for Covid, and hundreds of other results are pending, the Seattle Times reports.

In Tuscaloosa, Ala., students who were diagnosed with Covid have been attending parties in the city and surrounding area as part of what is being described as a disturbing contest to see who can catch the virus first, a city council member told ABC News.

Universities are desperate to move forward. They’re desperate to generate revenue. They're scared of going bankrupt. They're likely to see declining enrollment, particularly among foreign students, whom universities rely on for revenue.

But if universities truly care about the students' well being, they'll wait until at least January to hold in-person classes. Who knows, by then, there could even be a vaccine -- though some are skeptical.

William G. Tierney, professor emeritus and founding director of the Pullias Center for Higher Education at the University of Southern California, writes in the online publication Inside Higher Ed:

College presidents have a right to be terrified. But opening campuses in the fall is the wrong move if the primary motivation is to avoid bankruptcy. Public health comes first.

Schools like Michigan and Michigan State say they are formulating plans to make sure students are safe in the fall.

The reality is, that's wishful thinking. The only guarantee is that the coronavirus will be enrolling in the autumn term at a campus near you and hanging out at parties and bars.

“If you were to design a place to make sure that everyone gets the virus, it would look like a nursing home or a campus,” Paul LeBlanc, president of Southern New Hampshire University, tells The Atlantic.

It’s not too late for universities to change course and do the right thing.

If they don’t, disaster awaits.